As Manchester United return to UEFA Europa League action against Omonia in Group E on Thursday night, they will want to rebound from their thrashing in the Manchester Derby. After two games, the Red Devils are in second place in the standings with three points, while their Cypriot opponents are at the bottom with zero.

It was always going to be difficult for Omonia to compete with the likes of Real Sociedad and Manchester United in Group E, and the team’s European trip may have come to an end after two consecutive losses to Sheriff Tiraspol and Sociedad. Bruno Felipe’s equaliser for the squad currently coached by ex-Celtic boss Neil Lennon almost salvaged a draw against Real Sociedad, but Alexander Sorloth scored the game-winning goal for the La Liga heavyweights 10 minutes from time.

Following the pattern and sitting in the fourth position in the group after two matches, Omonia have scored just once and let up five goals in European competition so far, although they have won their last two matches at home, against Enosis and Doxa.

Lennon’s squad has scored six goals and let up none in the two Cypriot First Division matches, but they have won just one of their past 26 European matches excluding qualifiers, and their visitors simply have to put down a marker in the aftermath of an Etihad disgrace. The Norwegian Erling Braut Haaland is notoriously difficult to shut down, but he wasn’t the only one who scored a triple trick in Manchester City’s 6-3 thrashing of Manchester United on the weekend. Erik ten Hag‘s team saw their winning run come to an end.

Although Anthony Martial (2) and Antony scored for Man United, they were no match for the Pep Guardiola machine. Phil Foden and Haaland both won a match ball for their efforts in breaking through the Red Devils’ defence three times.

Although they beat Sheriff Tiraspol 2-0 in the Europa League, Man United have lost two of their past three games overall under the former Ajax boss and now sit in second place in the group, three points behind Real Sociedad.

Man United and Omonia have never met in an official match before, but the Cypriot side has lost all four of its prior games against English opponents. However, the Red Devils’ lacklustre defensive efforts over the weekend give the hosts reason for cautious optimism. United can’t hope to lose against the weaker teams in the league. Because even a tie would be devastating to morale, success is vital.

This situation presents Ten Hag with a difficult choice. On Sunday, they’ll take a journey to Goodison Park to take on an undefeated Everton side, a place where Ralf Rangnick’s team last season’s run-in wheels came off. United is still two points away from a playoff spot. The possibility of breaking into it with a win increases the stakes of the match against Everton.

Ten Hag will be expecting his team to be at their very best. In order to restore the confidence he said his squad lacked against City, he may feel compelled to field a stronger team than he would have wanted against Omonia. If he does, he might possibly upset bench players who are counting on seeing action in the Europa League and could jeopardise the health of important people for Sunday. Due to postponements in the Premier League, United was able to start its starting XI in both of their first two group games, meaning many of these players had seen very little action.

On Sunday, at Etihad Stadium, cameras focused on a despondent-looking Casemiro and an unseen Cristiano Ronaldo, both of whom had been left on the bench. Both are aiming for a spotlight this week. The risk of using bench players in key positions, particularly on the road, is exacerbated when other players are rotated in, like in central defence. Any score less than 100 would be disastrous for morale.

This month, a home match against Omonia is sandwiched between trips to Newcastle and Tottenham and Chelsea. The Sheriff and West Ham matches bring the overall number of games for the month of October to nine.

It’s shaping up to be a pivotal month in Ten Hag’s first year, and a time when his mettle will be really tested. The difficult decision that will have to be made on Thursday is a crucial first step in reestablishing parity and, perhaps, a rebirth for United.

Injured in Omonia’s 13th-minute loss to Sociedad, former Reims midfielder Moreto Cassama is a significant worry for this matchup. The 24-year-old also missed the weekend’s win over Doxa. Another player who went down in Omonia’s last European match, Hector Yuste, was able to make the bench this past weekend, and Lennon has no new injury worries to report in advance of Thursday’s matchup.

Roman Bezus, who played well off the bench in the last game, will try to replace Fotis Papoulis in the number 10 position, while ex-Reading forward Brandon Barker, who will return to England, will most likely start on the bench.

Unfortunately for Man Utd, Raphael Varane was forced off after 40 minutes with an ankle injury sustained at the Etihad, and although the problem is not regarded to be too serious, he is not likely to play here. Martin Dubravka and Donny van de Beek are questionable, as is Harry Maguire, who will need more time to recover from a hamstring problem; Ten Hag is said to have judged van de Beek unnecessary.

According to Ten Hag, Cristiano Ronaldo was put on the bench at the Etihad out of “respect,” and now that Martial has scored twice in his last two games, he may start in place of the five-time Ballon d’Or winner. 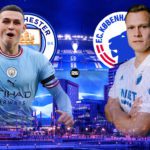 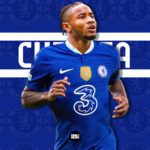