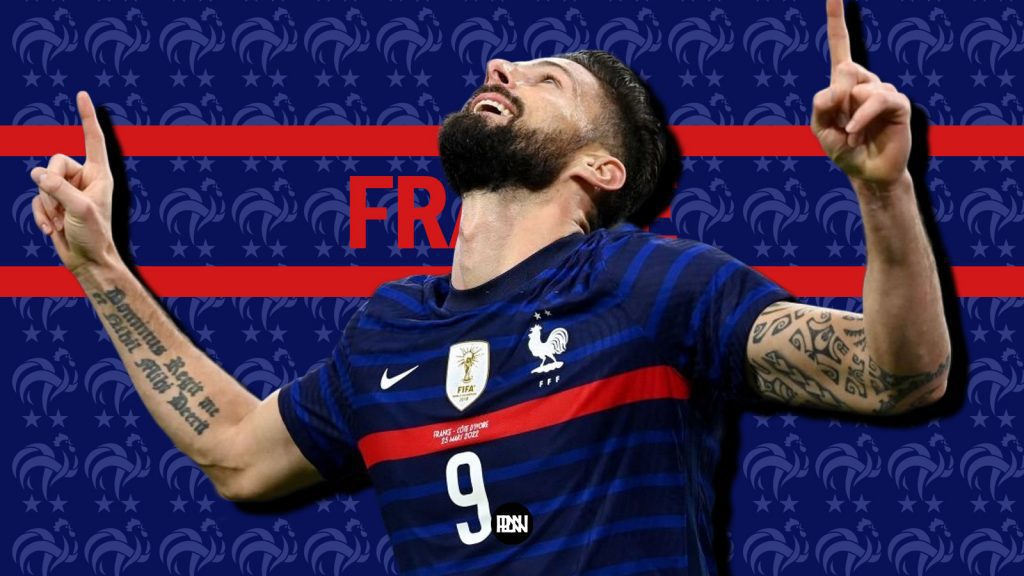 Olivier Giroud starred and even scored on his return to the France national side as he opened the scoring for the World Champions as they beat Ivory Coast 2-1 in a friendly match. Giroud, who was called up for international duties as a replacement of the injured Real Madrid forward, Karim Benzema, is just 5 goals short of surpassing Theirry Henry’s record of being the top goal scorer in the national colours.

Giroud returns to the side for the first time since Les Blues’ European exit last year. So what does this “go-kart” brings to the table for France?

Olivier Giroud is undoubtedly a different beast when he plays for his national team. Without a doubt, Giroud is one of the biggest names in the history of the national team. He’s a player who has worked his way up from the bottom in both domestic and international competition. It took him a long time to get to where he is now. His career is simply told through his journey to success. He has played in two Euros and two World Cups for Les Bleus. He was a member of the team that won the World Cup in Russia two years ago. With 47 goals, Olivier Giroud now is just 5 goals short of becoming the all-time top scorer of the World Champions, the distinction that is currently owned by Theirry Henry.

Football is a game of physicality and compared to his other counterparts, Kylian Mbappé (5’10” and 161 lbs), Griezmann (5’9″ and 161 lbs), and Ousmane Dembélé (5’10” and 141 lbs), Giroud’s physical presence (6’4″ and 201 lbs) is always an added advantage to his team as it is much easier for him to get hold of the long balls and play it down for his teammates. Apart from his incredible physical abilities, Giroud’s job as the 4-2-3-1’s focal point of attack allowed him to focus his attention on controlling aerial balls with his chest and head and passing them to a surrounding teammate with his first touch. As a target man, he allowed players like Pogba to move forward while also allowing the other attackers to advance into scoring positions.

Despite failing to score or even register a shot on goal, he was instrumental in Les Bleus winning their second World Cup. Giroud didn’t need to score any goals in Russia, to be honest. His leadership and expertise were essential in bolstering France’s military offensive. As a commander, Giroud was in charge of directing the brilliant and dangerous French attack. To be more specific, his task was to do what he’s renowned for: create space, assist in offensive penetration, and assist in the creation of scoring opportunities. Kylian Mbappe and Antoine Griezmann benefited greatly from his guidance and knowledge.

The 35-years-old has played 21 games in the Serie A this season fr AC Milan and has netted 8 times and also grabbed 3 assists. With 0.53 goals per 90 minutes, Giroud has improved his finishing a lot from last year as his xG stands at 7.8. He has comfortably overperformed his xA of 1.5. According to fbref, Giroud is involved in 0.73 goals per 90 minutes in this season’s Serie A. Giroud also has 40 shots under his belt, the most he has attempted in the past few seasons. Riding on Giroud’s attacking prowess, AC Milan are sitting at the top of their table. With 39 shot-creating actions this season, Olivier Giroud stands tall (literally) in creating chances for his team. His off the ball movement has also helped his teammates as 7 of his shots have resulted in another shot attempted.

Giroud has always been an efficient center forward, but what has increased his stakes is his ability to link up play and create chances from the middle of the park. Oli has attempted the most number of passes than he has in his last 7 seasons. 73.5% of successful passes also goes well to support this narrative. He also possesses  77%, 68%, 69% of successful short, medium and long passes. With 9 successful passes into the opposition’s 18-yard box this season, Giroud has really widened his playing area on the field. Opposition’s pressing has also little effect on him as he has managed to effortlessly pass 122 times when being pressed by the opponents.

Giroud was always known for winning aerial duels at the time of opposition corner or free-kick but this time he has managed to get the last smile on ground duels. He has a 66% successful tackling rate this year and has also tackled more than he did in the last few seasons. With a 26% high pressing success rate, Giroud has shrugged off his unwanted fame as only a box striker. Olivier Giroud averages around 17 presses per 90 which puts him in the 71 percentile amongst the players of Europe’s top 5 leagues. He also falls in the 90 percentile with 1.18 clearances per 90. Averaging around 4.49 aerial duels, Giroud has always been a favourite to be present to thwart any aerial attacks.

Below is the season heatmap of Olivier Giroud

Based on his accomplishments, Giroud has certainly made his way to his country’s all-time greats. Despite his success with both club and country, he is widely underrated in every aspect of the game. At 35 years old, his time at the top is slowly coming to an end but if he can maintain his great form for the national team, he has a chance to overtake Thierry Henry’s 51 goals and become France’s all-time leading scorer. Deschamps will be the first to tell you that Giroud doesn’t have to score goals to make a difference for his side, even if he doesn’t match Henry’s total. In the case of Olivier Giroud, he wants to help France win at least one more big trophy to cement his place as an all-time great of his beloved country. 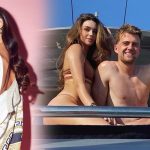 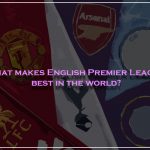 What makes English Premier League best in the world?
Leave a comment