Many of the players in Manchester United are of international experience. Others, wait there are no others for Ole except for the XI he starts. No depth in the squad of Manchester United has shown the toll that it takes on the deploying trusted eleven for 90 minutes of the game with huge expectations of 70,000 fans cheering behind.

The results of last two game have been contrary to the way the game panned out. While, in the game against Wolves, United deserved to win, so did they against Crystal Palace where they lost at home 2-1. United have certainly looked better than last year but not the best that they are.

Rued with the performances of his club, Ole was certainly the saddened man after the match against Crystal Palace.

“We dominated the game but we didn’t control it. We should have dealt better with the last five minutes.”

“We have to make sure we go to Southampton with the bit between our teeth and play better, score goals and win the game.”

“The first half was poor. In the first half-an-hour you’re feeling you’re controlling it and maybe it seems too easy.”

“We didn’t really have that zip and urgency about us and they scored with the first chance. Just a long kick, it should never happen, that’s poor defending. But in the second half, I thought we were excellent. We were pressing, pushing, creating chances, just not scoring.”

Manchester United have to bring the spirits of treble within them if they want a top-four finish in Premier League. 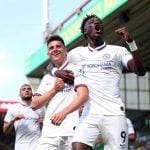 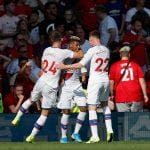