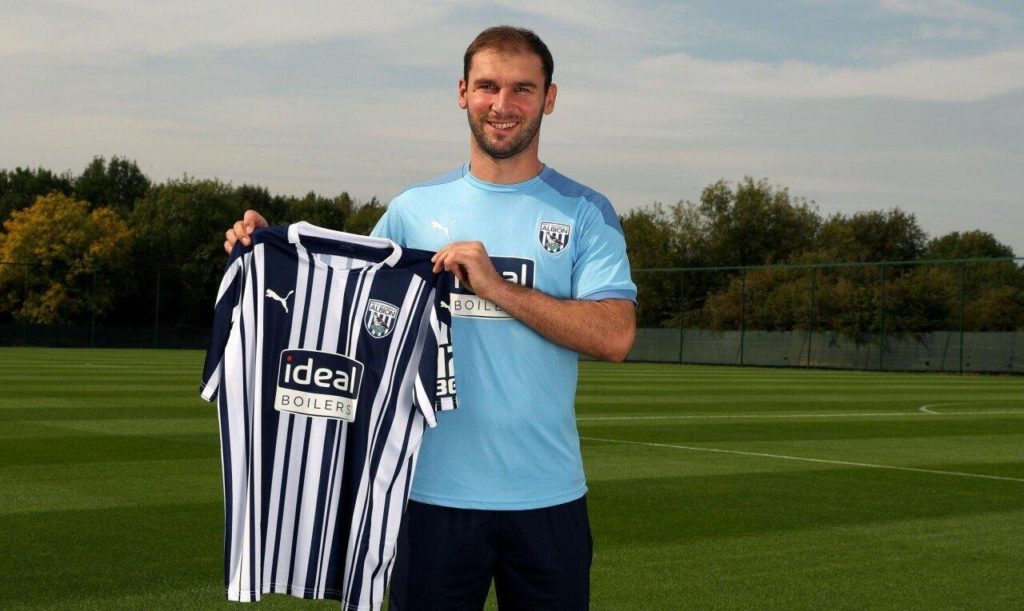 Branislav Ivanovic who has arrived on a free transfer to the Hawthorns has joined on a one year deal. The former Blues man joins as an experienced head that will look to add fight to the West Brom backline. The Former Chelsea full-back is a great addition to the West Brom squad. Ivanovic has an impressive trophy haul winning Major Honours with Chelsea including the Premier League, Champions League, and the Europa League where he scored the winner in the final. However Ivanovic knows that this time the challenge is very different.

He will bring experience which could prove key to their survival this season. West Brom are being declared as relegation favorites with a lot of experts writing them off, even this early on in the season. But the Baggies have made some very astute acquisitions including the signing of Grady Diangana. With Ivanovic in their ranks they have someone who can Marshal the backline and sure up a leaky defense. Ivanovic brings a winning Mentality which the younger players and the squad as a whole can learn from.

On the Club’s official website Ivanovic had this to say, “I need to challenge myself and I am ready for the challenge. I have a lot of ambition and I want to prove a lot of things. I will give everything for the team.”

The Serbian will be important in the Baggies bid for survival. As the opening day fixture against Leicester proved, West Brom needed help defensively. Ivanovic could help plug the hole in West Brom’s Defense. He could be a great signing for the club this season considering he came as a free agent.

Should West Ham give Jack Wilshere another chance?
Tariq Lamptey: One for the future!
To Top