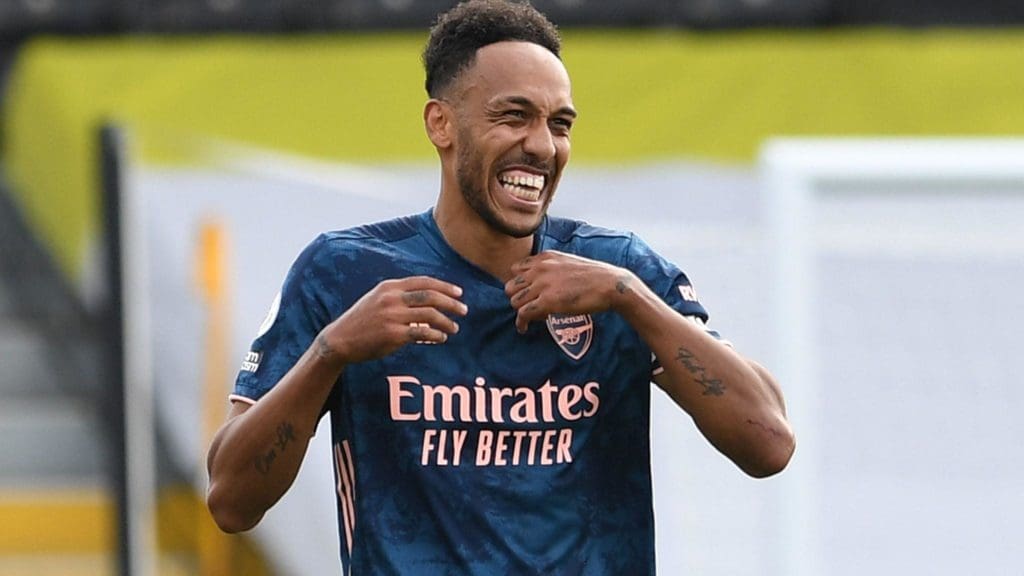 Arsenal have announced the contract extension of star striker Pierre-Emerick Aubameyang with a reported wage of 250,000 per week and bonuses that could take it beyond 350,000 pounds-per-week contract.

“I signed da ting! It’s finally done, I am really really happy to be staying here,” Aubameyang said. “This is my home. It’s a great day. I want to become an Arsenal legend and leave a legacy. It’s the time to work a lot but for sure I will give my best, as always.”

This is where you belong, Auba ❤️

The Gabonese international has had a successful spell in North London since his arrival from Borussia Dortmund at January 2018. Since then, he had scored 72 goals for the club in just a mere 112 games which justifies him to be called as the club’s talisman.

He has won both individual and team trophies at Arsenal and was also named in the PFA Team of the year for the 2019-20 season for his contribution in front of the goal.

Pierre-Emerick Aubameyang arrived at North London, being an explosive center forward. But with the likes of Lacazette also being in the club, he was made to sacrifice his preferred position to the left-wing. This did not stop him from almost outscoring the other forwards in the league for 2 seasons when he had won the golden boot at his first “complete” season for the Gunners and merely missing out on another in the 2019-20 season to Jamie Vardy.

He was criticized to be a bad influence in the Dortmund dressing room after his departure then, but it looks like all he brings to the Gunner’s dressing room is a load of positive influence and leadership. He was appointed to be the captain for the gunners under unfortunate circumstances, but not to be noted as undeserved. He has led the Gunners to a FA cup triumph after a disappointing league finish and would like to achieve more under the positive influence of manager Mikel Arteta.

Mikel Arteta was particularly confident in Aubameyang’s decision to extend his stay in London has stated his confidence in multiple occasions. He even mentioned that the Arsenal fans “have nothing to worry about”, when it comes to the striker’s contract situation and is more confident than ever that the Gabonese International will extend his stay.

It is safe to say that this has been the worst kept secret for Arsenal in recent history. Now that the secret is official, Arsenal fans can kindly relax after a month of waiting for the announcement which they all wanted!