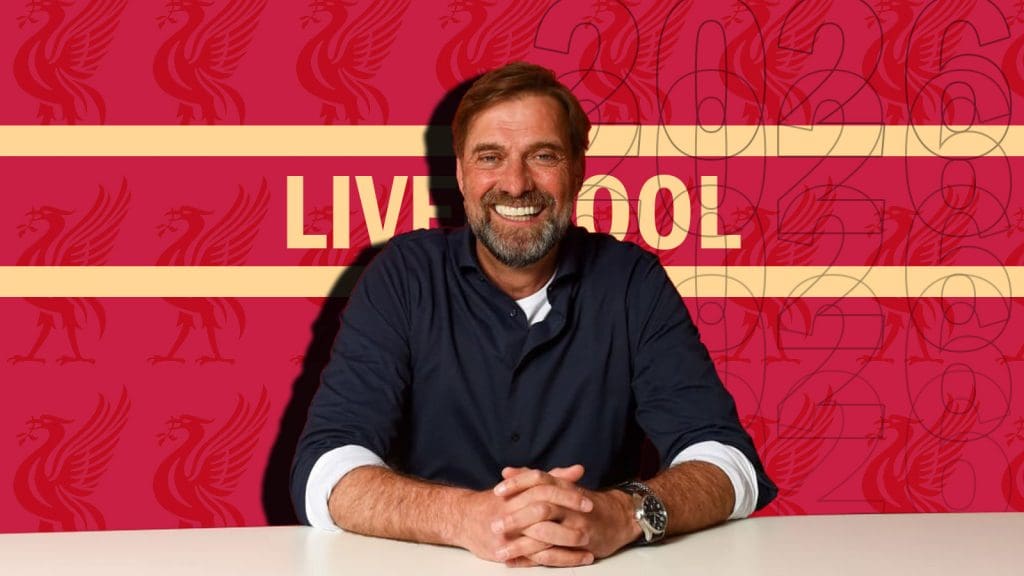 “I’m in love with him and I feel fine. I’m so glad that Jurgen is a Red. I’m so glad he delivered what he said.”

It’s a beauty when the Kop erupts in sync and sings these chants with their lungs out. Anfield fills with emotion, and the passion itself is showcased on the pitch. And it will keep on doing so for another additional 2 years. Yes, it is true! Jurgen Norbert Klopp, alongside his staff, has extended the contract with Liverpool up until 2026. The club has indeed made it official.

We are delighted to announce Jürgen Klopp has signed a new contract to extend his commitment with the club! 🔴

It was reported earlier by the reliable Athletic journalist David Ornstein that Mike Gordon, President of the LFC owners Fenway group, was amongst those who attended the semi-final 1st leg at Anfield against Villarreal. Later, after the game, Jurgen Klopp’s agent Marc Kosicke & Gordon sat down and discussed the future of the club and the man himself.

However, Jurgen Klopp has opened the talks to the club’s official website as to how the proceedings took place. The Liverpool gaffer expressed how his wife, Ulla, was one of the many reasons to sign an extension. “The most important contract I signed in my life was the one with Ulla. And that’s why it start again, because actually we sat at the kitchen table and Ulla said ‘I can’t see us leaving in 2024’. I said ‘what?’. That’s how it all started and when that started I thought ‘let’s have a think’.”

The boss has a special message for you… ❤️ pic.twitter.com/T4vFwYFN9p

No doubt, the Reds around the world will be buzzing with this news. Since his arrival at the club in October 2015, from Dortmund, Klopp has been much loved throughout the city, and across Europe. It is indeed a marvel as to how the German has built an unplayable Liverpool side, out of nothing.

This season, as well, they are on course to win the quadruple. With the Carabao Cup already in the bag, Klopp and Co. will be hoping to win the other 3 as well to do the unprecedented. They are already in the Final of the FA Cup, and are on course to the Champions League Final after the performance against Villarreal. And as for the Premier League, well, there is hope!

Liverpool has already lifted the Club World Cup, Super Cup and the Champions League in 2019, before lifting the most awaited Premier League title in 2020 – all under Jurgen Klopp’s reign. With the news of Klopp’s extended stay at the Anfield, surely the Reds will be hoping at least another 4 years of dominance. In simple words, indeed, What a time to be a RED!