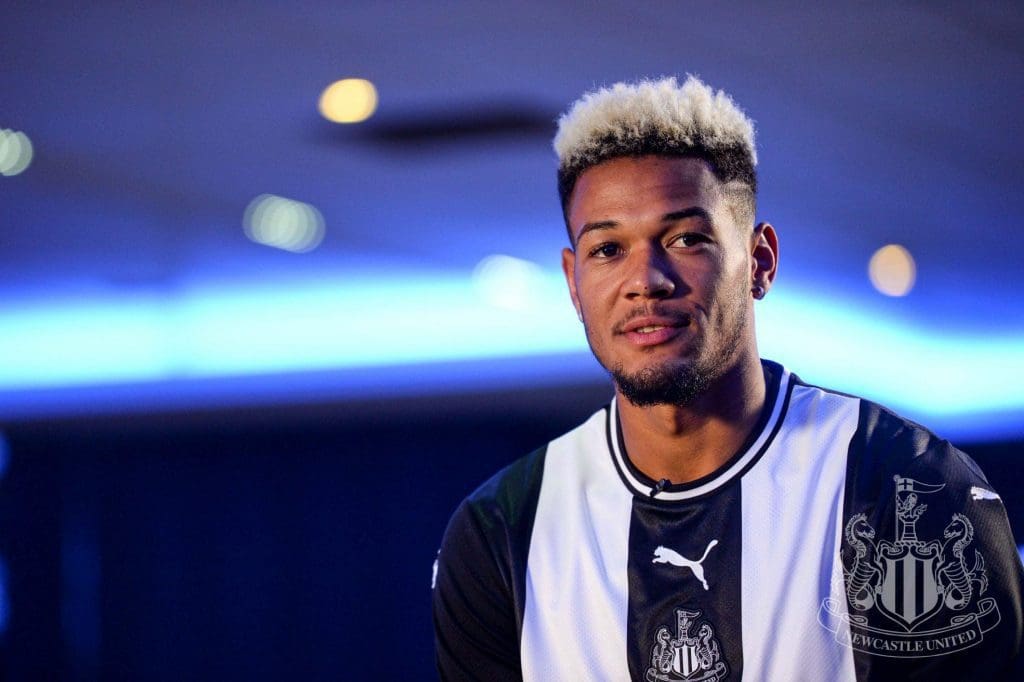 Newcastle has signed Joelinton from Hoffenheim for a club record fee which is reported to be around £30-40 million as the Brazilian striker signed a six-year deal at St. James’ Park.

Joelinton, 22-year-old is the Magpies first signing of the summer, will take on the famous number nine at Newcastle.

Joelinton scored eleven goals in thirty-five appearances for Hoffenheim last campaign, with seven of those coming in the Bundesliga.

Below are some of the pictures of Joelinton in Newcastle jersey:

“I’m really happy to be here,” said Joelinton. “I know it’s a large investment that the club has made in me, and that comes with a huge responsibility. I’m highly motivated and hope to give back on the pitch.”

Newcastle new manager Steve Bruce said: “The kid has got an exciting time ahead of him. He is a smashing young player and we are obviously delighted to get him. It is been going on for a little bit now, so to get him is great for everybody.

“He has got everything that a modern-day player wants. He is big, strong and athletic, and of course he’s got age on his side too which is vitally important.”

Most Disappointing XI of the season | Premier League 2019/20