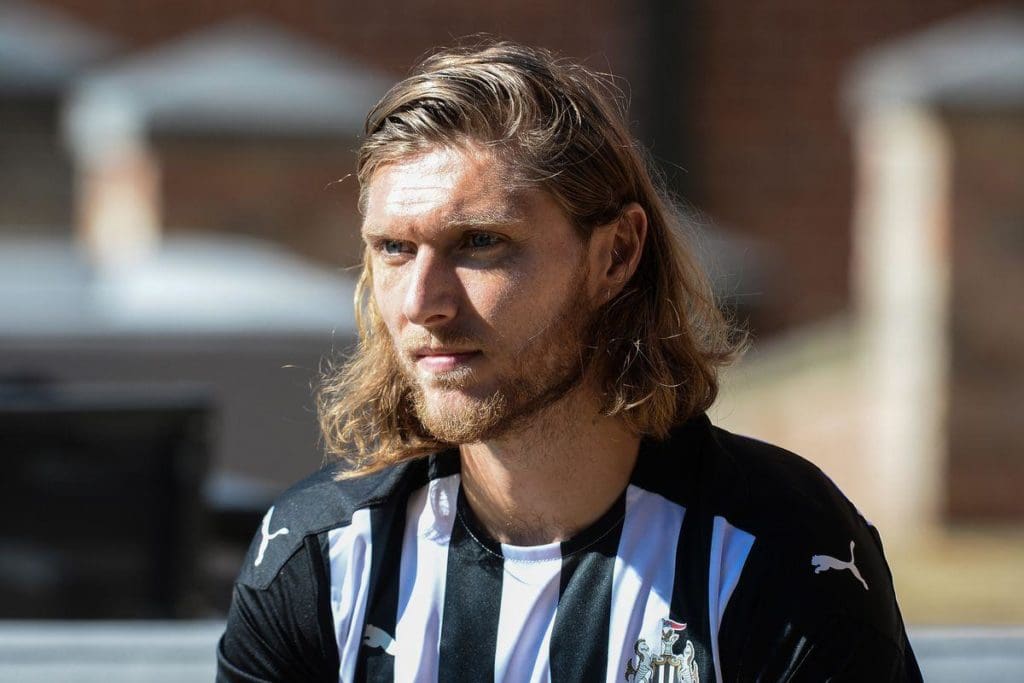 Newcastle United have officially completed the signing of midfielder Jeff Hendrick on a free transfer ahead of the start of the 2020/21 campaign.

The midfielder joins Newcastle, penning a four-year deal at the St James’ Park following the expiration of his contract with Premier League rivals Burnley.

The 28-year-old leaves Burnley after four years, having joined them in the summer of 2016 from Derby County. He made 139 appearances in four seasons across all competitions and helped the Clarets qualify for the Europa League in 2017​/18.

✍️ #NUFC are pleased to confirm the signing of Republic of Ireland international Jeff Hendrick!

The midfielder has penned a four-year deal at St. James’ Park.

And speaking to NUFC TV after completing his switch to Magpies, Hendrick said: “It’s a massive club and playing over the years, going to the stadium, it’s one of the best stadiums to play in, so I just want to get playing there.

“I’ve had over 100 games in the Premier League but I want to keep going and keep improving with a different team. It’s going to be different for me, the demands with the bigger stadium, the crowd, how big the club is, so I’ve got to take that on and keep pushing myself and striving to get better.

The Republic of Ireland international was involved 24 Premier League games for Burnley during the just ended season, where he recorded to goals and assisted a further two as the club finished the season 10th on the league table.

Head coach Steve Bruce added: “Jeff is someone I’ve admired for a long time. I watched him when he was at Derby, then he went to Burnley for a lot of money and couldn’t afford him, so I missed out then!

“He’s an experienced international football who can play all across the midfield so we welcome him aboard. He’ll be a big asset to us, on and off the pitch.

“He’s a great pro, down to earth, and at the age of 28 it’s a wonderful time to get somebody. It is the peak of his career – he’s a really fit boy who has played 122 times in the Premier League for Burnley over the last four years, and I’m sure he’ll be a great addition to the squad.”