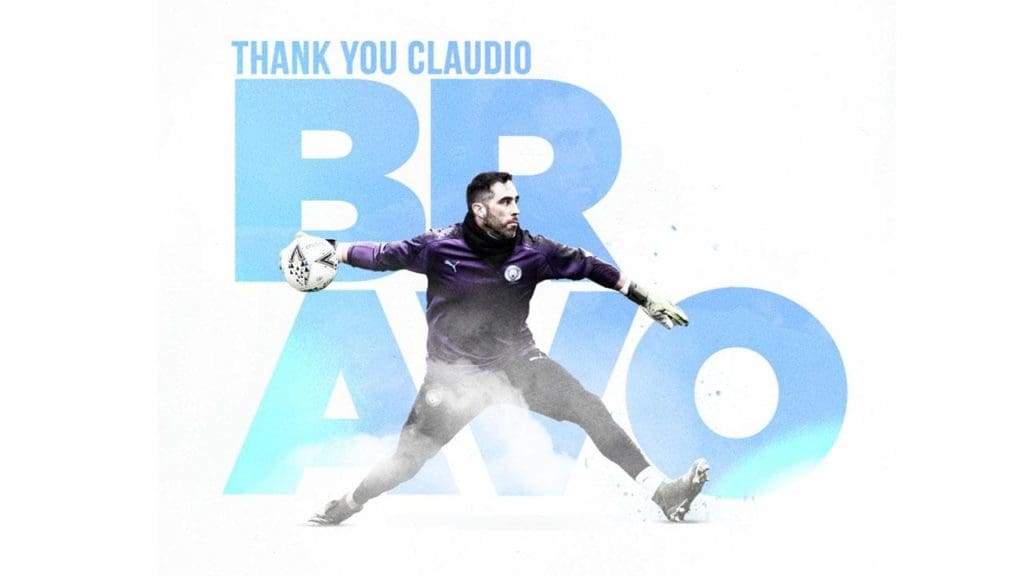 Manchester City have officially confirmed the departure of goalkeeper Claudio Bravo ahead of the 2020/21 campaign.

The Chile international brings an end to his four years stay at the Etihad Stadium having been signed from Barcelona in the summer of 2016.

Bravo joined the club under Pep Guardiola, as the Spanish coach intended to introduce his long term philosophy of playing from the club to the former Premier League champions, making 30 outings in his first campaign with the club in the 2016/17 season.

Th 37-year-old managed 61 appearances for the Citizens after the switch from the Catalan club, and kept 20 clean sheets in that time.

Most of his 61 outings for the club came in the cup competitions where he showed great character and impressive displays for the Manchester outfit.

The arrival of Ederson prior to the 2017/18 season saw the shot-stopper play as a second fiddle to his fellow South America international and was reverted to making appearances in cup matches for Guardiola’s side.

The Chilean is expected to join Spanish side Real Betis where he will link up with former City boss Manuel Pellegrini ahead of next season.

Per reports, Pellegrini had requested for the signing of the Chilean as he looks to blend experience with youth and improve on their performances, having an inconsistent season in the just ended campaign.

Despite his failure to displace Ederson as the first-choice goalkeeper at City, Bravo had injuries playing a part in his unavailability for most of the times.

He missed close to 10 months of action during the 2018/19 campaign after rupturing his Achilles tendon.

In the 2019/20 season, he managed 17 appearances across all competitions for City, with most of them coming in the Carabao Cup as his side were winners of the competition.