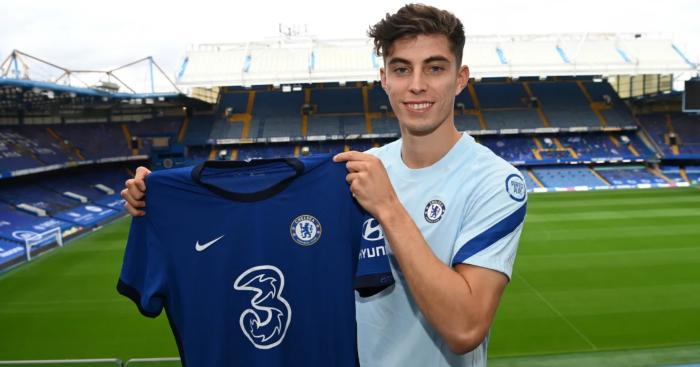 Chelsea have announced the signing of Kai Havertz from Bayern Leverkusen in a deal worth about £71m, penning a five-year contract.

Speaking to Chelseafc.com, Kai Havertz said: “I am happy and proud to join Chelsea, It is a dream come true for me to play at a club like Chelsea. I can’t wait to meet my new teammates and the coaches. Yeah, I am happy to be here!”

While Chelsea’s Marina Granovskaia added: “Havertz is one of the best young players in world football, so we are delighted that his future is here at Chelsea.

“He has proven his quality in one of the best football leagues across Europe. He also plays for the German national team and he’s a dynamic talent. We are delighted to to add his quality to the squad before the new season.”

Though, Chelsea have undoubtedly being the favourable destination for Havertz since the club made their intention known to the player. With Frank Lampard spearheading a rebuilding process, along with some quality additions, Chelsea have now announced the signings of Timo Werner, Hakim Ziyech, Ben Chilwell, Thiago Silva, Malang Sarr and now Kai Havertz.

Frank Lampard has had to rely on Mason Mount (6), Kovacic (3) & Ross Barkley(4) for assists through the middle, which hasn’t been impressive enough to provide goalscoring opportunities for the attackers.

Kai Havertz is a technically gifted and two-footed midfielder, who is comfortable with the ball on either foot, great in passing, through balls, finishing, dribbling, keeping possession of the ball and adept with his head.

He likes to do layoffs, likes to cut inside onto his strong foot while playing from the wings, and he’s also a threat on counter attack.

Though his defensive contributions and tackling are susceptible due to his lanky frame but his high technical skills plays to his advantage.

His cleverness, natural talent, presence on the pitch and goal threat are highly commendable and will surely make a huge difference in Chelsea’s attacking football next season.

As the wait is over, Chelsea fans will be booming to see their new signings come through the pitch tunnel as soon as possible, donning the Blues’ jersey when the league commence.