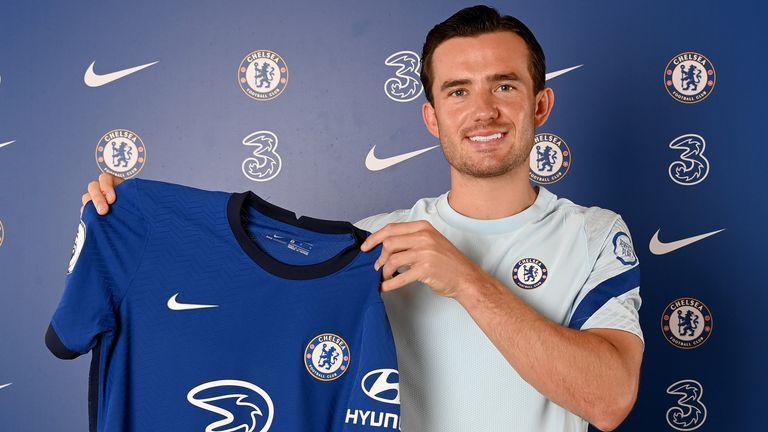 Chelsea have officially announced the signing of full-back Ben Chilwell from Leicester City ahead of the 2020/21 campaign.

The left-back has put pen to paper on a five-year deal at the Stamford Bridge after weeks of speculations and becomes the west London outfit’s third major signing this summer.

The details concerning the fee paid for the England international were undisclosed.

And having completed the move to Chelsea, Chilwell said: “I am delighted to be joining Chelsea at this very exciting time for the club. I’m looking forward to being a part of this young, dynamic squad led by Frank Lampard as we challenge for honours next season. I can’t wait to get started and hopefully it won’t be long before we’re playing in front of the Chelsea fans at Stamford Bridge.”

‘Talking to Frank before I signed was one of the main reasons I wanted to come.’@BenChilwell‘s first words as a Chelsea player! 💬 #BenIsBlue

Chelsea director Marina Granovskaia added: “We are very pleased to have completed our third addition to our exciting squad for the coming season. Ben brings plenty of top-level experience playing in the Premier League, Champions League and at international level, despite his young age.

“We are confident Ben will adapt very quickly to being a Chelsea player and with the fixture programme for 2020/21 especially busy, he is a fantastic addition to the squad needed to challenge for honours.”

Frank Lampard is looking to build his team prior to the start of the 2020/21 Premier League season, and the defender’s addition means Chelsea have already signed three players this transfer window.

Absolutely buzzing to sign for @ChelseaFC. Really exciting time for the club, with such a good squad! Can’t wait to meet all of the lads and everyone around the building. Special thank you to the manager for the faith he has shown in me. A dream come true. Come on you blues 💙 pic.twitter.com/xpfIklsgzn

The 23-year-old has managed over 120 appearances for Brendan Rodgers’ team since making his debut as an 18-year-old back in October 2015.

Chilwell was also a part of the Foxes team which finished fifth last season, narrowly missing out on a place for Champions League football. He played 33 times at the King Power Stadium, scoring three times and providing three assists in the league.