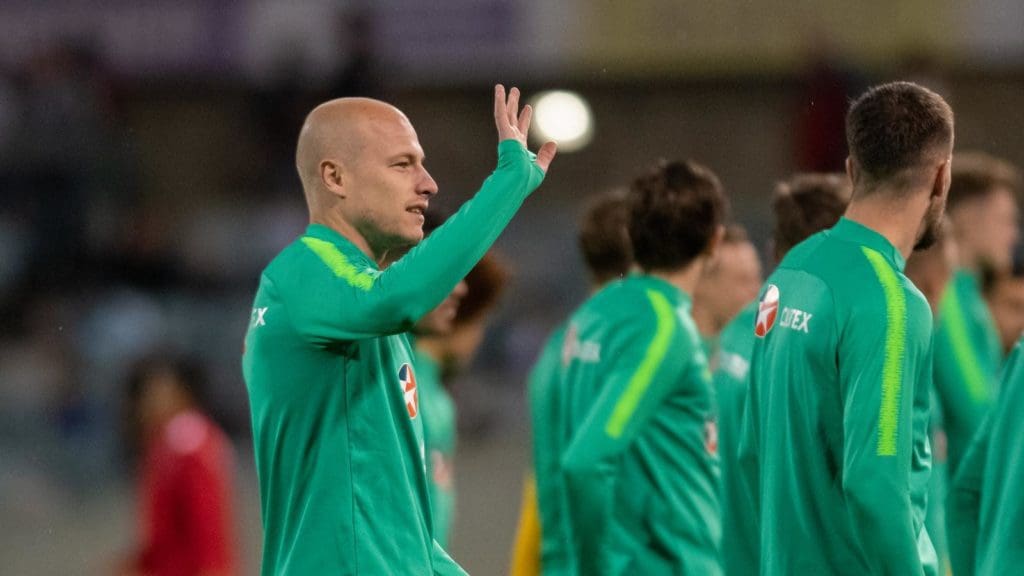 Brighton & Hove Albion have officially confirmed that midfielder Aaron Mooy has left the club to join Chinese side Shanghai Shenhua for an undisclosed fee.

The Australia leaves the Amex Stadium having just one season with the club after arriving from Huddersfield Town last summer and is subjected to international clearance.

👊 Thanks for your efforts for the Albion, Aaron!#BHAFC 🔵⚪️

The 29-year-old made 32 appearances for the Seagulls across all competitions during the 2019/20 season, scoring two times and also providing two assists for Brighton.

Mooy who place as an attacking midfielder is set to have considered the arrival of Adam Lallana as a threat and has therefore moved quickly to join the Chinese outfit.

Head coach Potter told the club website: “Aaron has been an excellent professional during his time with us. From day one with us he fitted in really well.

“It’s a good move for all parties. We have a number of really good players in that position and therefore Aaron goes with our blessing.

“I have really enjoyed working with him, and on behalf of everyone at the club I would like to thank him for his contribution and wish him well for the future.”

The midfielder had three years left on his deal with the Premier League side prior to his exit to Shanghai SIPG.

The attacking midfielder has been called up into his national team on 43 occasions, where he has also found the back of the net on six occasions. He was also a part of the Socceroos squad that travelled to Russia during the 2018 World Cup.

Aubameyang, Nketiah – Time for Alexandre Lacazette to leave?
Why Manchester United are having a disaster of a transfer window!!
To Top