We keep getting closer and closer to the start of the new Premier League season!

And in little over three weeks’ time, Liverpool will begin another round of 38 games in an attempt to defend their top-flight title having won it for the first time in 30 years during the 2019/20 season.

The likes of Manchester City, Manchester United and Chelsea will be hoping to eclipse the success of Liverpool next season as they look certain mount another charge, while Arsenal and Tottenham will also likely sniff around the top four places after missing out in the just ended season.

And the Premier League on Thursday morning announced the fixtures for the 2020/21 campaign.

Here, we take a look at how the league will unfold in the opening weekend of the upcoming season.

Manchester United are scheduled to play Burnley in their opening fixture of the new Premier League season at Turf Moor – though the match could be pushed back due to United’s participation in the latter stages of the Europa League.

At the Selhurst Park, Crystal Palace will host Southampton in their season opener, while newcomers Fulham will welcome Mikel Arteta’s Arsenal to the Craven Cottage.

It will be a difficult ask for another of the promoted teams on matchday 1 with Leeds United expected to travel to Merseyside to play champions Liverpool.

Manchester City also start their campaign at home to Aston Villa, and just like their city rivals, the Citizens could also be forced to player later than the scheduled date. 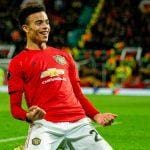 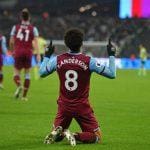 Lazio preparing a reunion with Felipe Anderson
Leave a comment