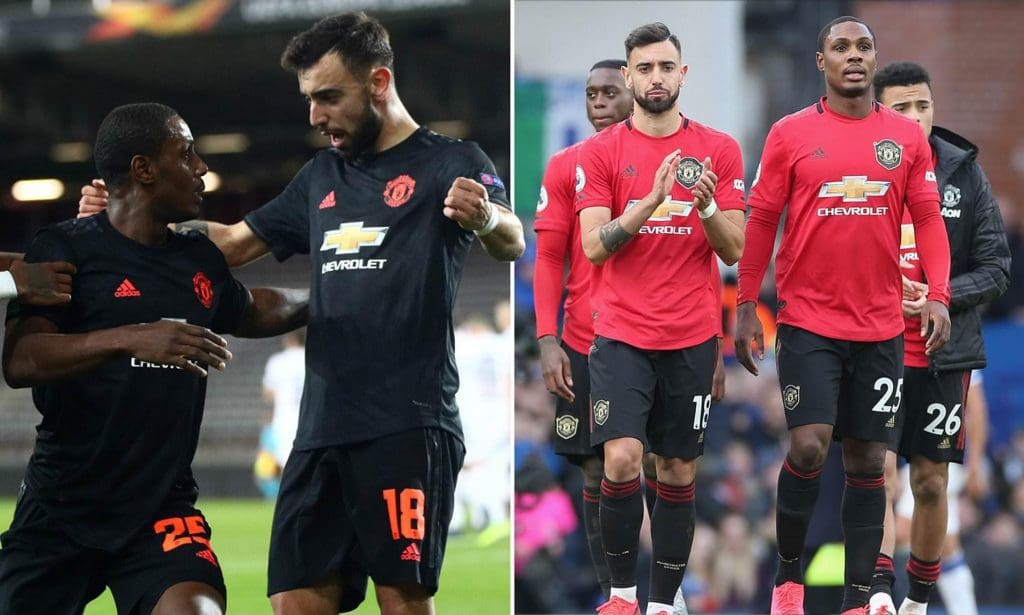 Manchester United attacker, Odion Ighalo has described fellow teammate Bruno Fernandes as a ‘fantastic’ player following his performances for the Reds from Manchester.

The pair joined Manchester United in the January transfer window from Sporting CP and Shanghai Shenhua respectively, having played for Udinese in the past.

In a live with Ghanaian ace sports journalist, Juliet Bawuah on twitter, the player took time to share his experience of life at the club so far.

Answering a question from a fan on how he will describe Bruno, the former Watford striker said, “Bruno? Bruno is a fantastic player.

“I played with Bruno back in 2013-14 at Udinese. He is a good player, very fantastic player.

“We are yet to see the best of him yet in the Premier League, because it is a new league and is getting adapted to the league.

“When he [Bruno] finally settles down in England, you will see what that guy can do.”

“He has vision, he wants the ball always. He can shoot, he can score goals, he is very intelligent.

“Before the ball comes, he is a step ahead to know what he wants to do. In times to come you are going to see what he can do in the Premier League, even better than what he is doing now.”

The 30-year-old also acknowledged the presence of Spanish speaking players such as ‘[Juan] Mata, [David] De Gea and [Eric] Bailly’ who have made it easy for him to settle at the club well.

Ighalo was also question on what he think his best goal in his career would be, choosing the strike against LASK in their UEFA Europa League tie to be his best.

“I don’t think any goal can stand this in my career,” he added while describing the goal.