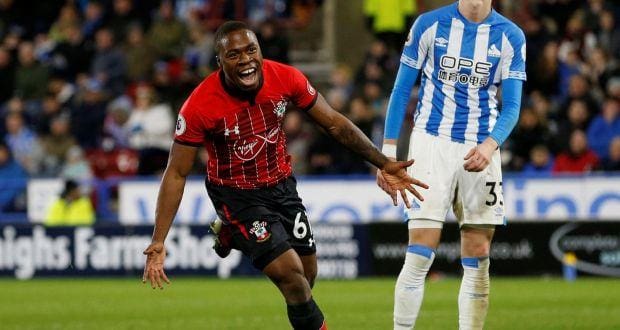 Obafemi is a young and exciting player and has a lot of potential ahead of him. The 20-year-old has quick feet, shield the ball well and is a real live wire but like so many other young and talented players, Obafemi can get a bit carried away at times.

He can produce that killer pass again and again and also good awareness of what happens around the pitch. Ralf has also said that “Lad has lot of potential but he has to increase his work load. Has to show more professionalism.”

What Obafemi also has to do is show more consistency and while he is still very young and these finer aspects of his game can be developed the work ethic is something that has to come from within him and all of us know too well what attitude problems have done to many young players like him.

When Obafemi was omitted from the Ireland squad, he lashed out on Twitter by saying ‘Disgrace’ and then swiftly deleted his tweet and replaced it with something that was more subtle. It said ‘Interesting’.

While he may not have been happy with this decision lashing out like this on social media made no sense, and the lad needs to keep his cool. Apart from that, he is in a very progressive team like Southampton that is known for creating young footballing talents who have conquered the world.

Great management and a coach with a beautiful philosophy will create nothing but a great atmosphere for a young lad like Obafemi to hone his game and while I am a fan of the hidden talent that he posses it may be necessary for him to work to keep his head above water.