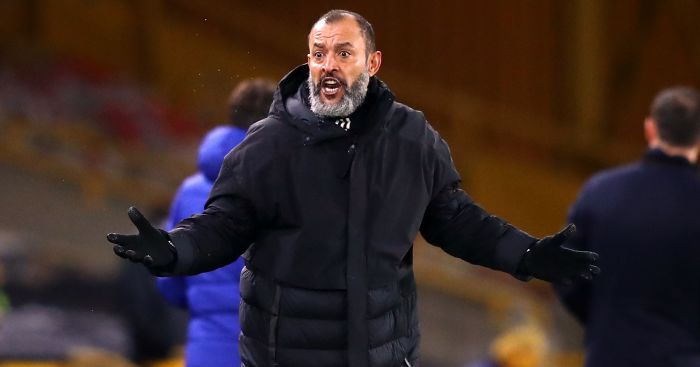 Wolves manager Nuno Espirito Santo launched a staunching attack on referee Lee Mason who was refereeing in a fixture between Wolverhampton Wanderers and Burnley which ended up 2-1 in favour of the Clarets. The Spaniard was quoted saying, “The referee does not have the quality to whistle a game in the Premier League,” he said on Sky Sports. “This is a problem that we knew – we had Lee Mason before.

“It is not about the crucial mistakes or decisions, it is about the way he handles the game. The players get nervous, too much voices, he whistles by the voices when some players are shouting.

“He cannot control the players, the players are constantly arguing – both teams. With all the other referees the game flows, there’s dialogue. He’s just not ready to do it.”

While complaints about the quality of refereeing in the Premier League has been a part of the discourse for a while, such a direct attack isn’t a common sight and has now ignited a new debate over the selection procedure of the referees in the Premier League. Managers, players and referees are all part of a match. Players and managers are both appointed and discarded on the basis of their performances, however, referees aren’t.

A discussion needs to happen around new ways of appointing referees in football where a nomination system could be proposed where the managers of the clubs sit together and choose the referees from an available pool of players. If a referee has been partially towards certain teams or just not been good enough, he would be ousted by the majority and that could be a perfect way of rewarding talents.

While such a drastic change in the method for appointment of referees can’t be put into place in one sweep, however, a discussion needs to start sooner rather than later.