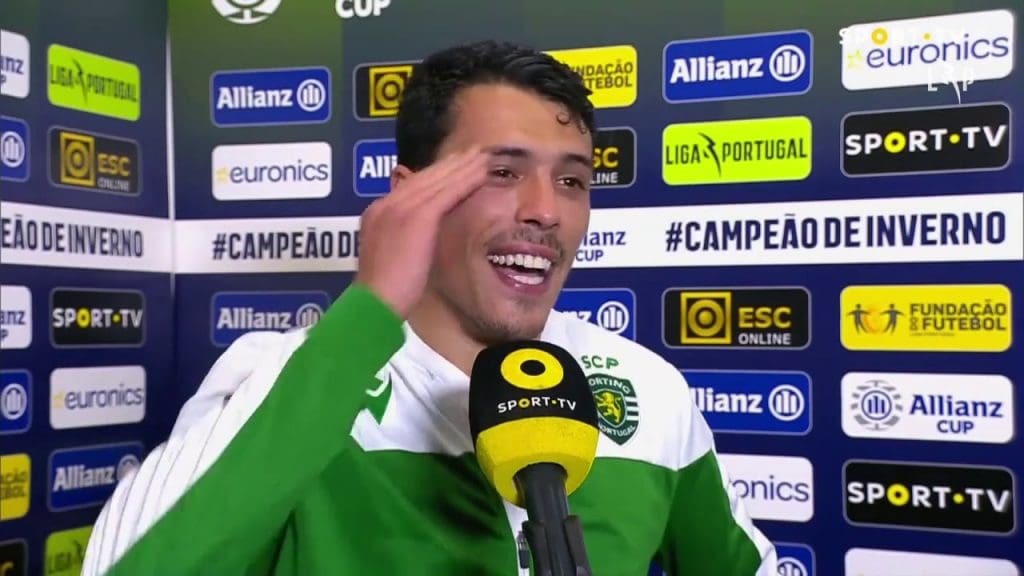 Pedro Porro, the Sporting Lisbon defender on loan from Manchester City has been dazzling the scouts and fans with his brilliant performances for the Portuguese club this season. His strong displays this season have led him to be linked with several clubs and we could see the Spaniard leave Manchester City at the end of the season.

Pedro Porro was a highly rated right-back in the youth setups, when Manchester City signed him from La Liga club Girona in August 2019. However, he moved back to La Liga to Real Valladolid on loan, just 4 days after signing for City. Failing to impress at Valladolid, he went out for a second successive loan to Sporting Lisbon this season.

He has had a mighty good start to life in Portugal after starting 27 of Sporting’s 30 games this season mainly playing as a right-back, right-wingback, and also a winger at times. His versatility has seen him score 4 goals and one assist this season, and some strong and promising displays in defence. Porro’s good shows this season have led him to be called up by Luis Enrique to the Spanish National squad.

However, it seems as if Pep Guardiola will not be giving the 21-year-old a chance in the City first team. The Spaniard seems set to join a growing list of talented young players to leave City without making a first-team appearance. The lack of trust shown by Pep Guardiola and the City coaching staff is sure to make Porro frustrated. This could make the right-back leave at the end of the season, with Sporting Lisbon interested in a permanent deal and surprisingly, Spanish giants Real Madrid have entered the race for him.

SPORTING HAVE A BARGAIN ON REAL MADRID IN NUNO MENDES

His call up to the national team has shown to his critics and City that he deserves a chance in the first team. But he looks set to ply his trade away from Manchester come the next season. Manchester City could lean towards Sporting Lisbon with Pep interested in Sporting’s left-back Nuno Mendes, and he could make Porro a part of the deal.

Real Madrid were surprise entrants for the right-back and according to O Jogo, have initiated contact with City. Pedro Porro is reportedly very happy to stay with Sporting, who have an €8.5 million option-to-buy clause. Nevertheless, with Los Blancos entering the race, Porro will be reconsidering his future.

It is common knowledge, that playing at the Santiago Bernabeu is hard to resist for any Spaniard and this could cause the young talent to reject Sporting and join Zinedine Zidane’s men.

The 13-time UCL winners are looking for a natural right-back to provide depth in the position after their first-choice right-back Dani Carvajal has been plagued with injuries this season. Lucas Vazquez, has deputised for Carvajal, moving from his preferred right-wing position. Pedro Porro could certainly provide Zidane depth in many positions with his versatility and could be a good fit for Real Madrid.

It could all come down to the player’s decision, with Real Madrid sure to offer more than the €8.5 million that Sporting have to pay. It would also be foolish to forget that City’s pursuit for Nuno Mendes could yet play a huge part in the transfer negotiations.

Gameweek 30, Wildcard & Who you can get in | FPL Advice
22-year-old Wesley being actively looked at by City Football Group
To Top