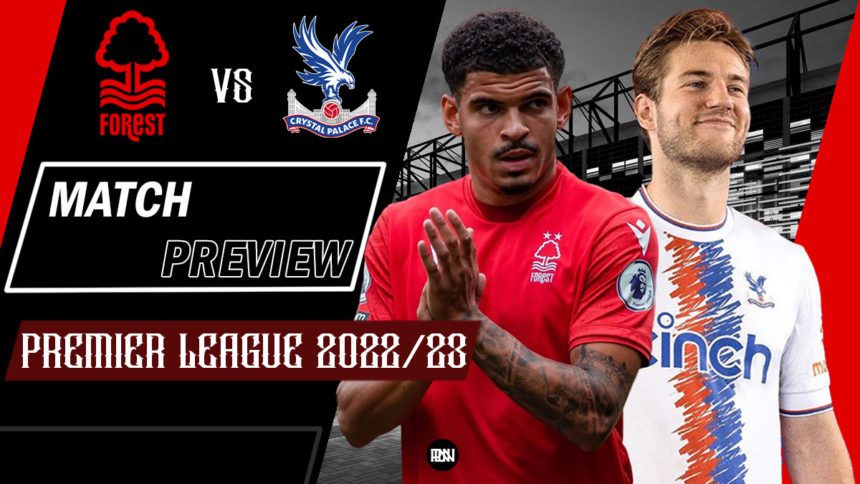 It’s the final league game before the World Cup, as Nottingham Forest welcome Crystal Palace to the City Ground hoping to continue their positive run of form.

On the back of an impressive victory against Tottenham Hotspur in the League Cup, Nottingham Forest find themselves just three points away from escaping the relegation zone. Wednesday night was a fantastic result for Steve Cooper’s side. Having made nine-changes, Forest looked excellent going forward, dominated the midfield and got everything right at the back – against a very strong Spurs side. Surprises can happen in the cup, but this result seemed like something else – it was the continuation of an impressive turnaround on the banks of the Trent.

Steve Cooper’s side have turned a corner in recent weeks and have shown no signs of showing down – if you ignore their recent trip to Arsenal. Forest have found their fighting mentality that helped them win so many games last season, their never-say-die attitude propelled them to a last-minute equaliser against Brentford and their new-found confidence was key in them knocking Antonio Conte’s Spurs out of the Carabao Cup.  It will be interesting to see who Cooper selects to start this weekend, with so many players deserving a place in the starting XI.

It’s looking like the World Cup has come at the worst possible time for Crystal Palace. The Eagles have struggled for consistency this season, but their last two games saw them win consecutive fixtures for the first time this season. In Patrick Vieira’s first season in charge, he led Palace to a respectable 12th placed-finish – now his side sit in 10th but it’s hard to see much progression from the last campaign. Their South-London side are overly-reliant on the abilities of Wilfried Zaha and Eberechi Eze, and with the former out of contract in the summer, the Eagles will need to fork out to tie-down their key-man.

There is a big loss for Nottingham Forest this weekend, as Orel Mangala is suspended following his red-card against Spurs in midweek. The Belgian hasn’t started many games recently, often finding minutes off the bench but looked like a stand-out player before his injury in October. Following their midweek success, it will be interesting to see who Cooper turns to in the final game before the World Cup. Neco Williams, Brennan Johnson, Remo Freuler and Cheikou Kouyate would have all been likely to start this weekend, but after being called up for international duty could all be rested to avoid a last-minute injury.

Palace have a few big names out injured, including summer signing Chris Richards and forward Odsonne Edouard, though their absences won’t be impacting the team too much. The World Cup is also having a minimal impact on the Eagles, with only Joachim Andersen and Jordan Ayew expected to travel to Qatar. It’s not often Vieria changes his backline, often sticking to a back four of Mitchel, Guehi, Andersen and Ward. The one game Andersen missed this season, he was replaced by Joel Ward who was shoehorned into the right centre-back role, whilst Nathaniel Clyne came in on the right. If the Dane is to be rested ahead of the World Cup, it’s likely Vieira could opt for a similar line-up, with the Frenchman not exactly spoilt for choice when it comes to defensive options.

Nottingham Forest have shown their ability to pick up results in recent weeks. They look tough to break down and are dangerous on the counter, which could be a big advantage for them going up against Crystal Palace. They might have only scored 15 league goals this season, but Crystal Palace have some great attacking options at their disposal. Zaha, Eze and Olise are all three very exciting players, who help contribute to a fluid Palace attack.

Against other teams this season, the Eagles have frequently committed men forward, which allows them to get in great positions and create opportunities but it also leaves them open at the back. Everton were able to exploit spaces in midfield and in the backline in their 3-0 win a few weeks back – if Forest can turn the ball over and play out quickly like they usually do, they should create a handful of opportunities for their attackers.

The visitors are comfortably the better side on paper, especially in the final third and their technical ability could be far too much for the Forest backline to handle. Against Brentford, the pace of Yoane Wissa proved unstoppable against Scott Mckenna and Steve Cook. Zaha, Olise and Eze don’t posses this same athleticism, but their technical ability could see them easily beat opposing defenders with quick passing and smart movement.

It couldn’t have been anyone else, could it? After a week when reports emerged he could be leaving Nottingham Forest, Lingard capped off an incredible performance against Spurs with a griddy celebration in front of the Peter Taylor stand, as he scored his first goal in the famous Garibaldi. Lingard was sensational in midweek and really flourished when playing in a central role behind two-forwards. It was a performance that made you think ‘he can’t be dropped’ instead of ‘where does he fit in?’ and you’ve got to believe the best is yet to come from the Englishman.

Assuming he keeps his place in the team, which he should, and also assuming Morgan Gibbs-White returns, we can expect Lingard to be moved out of the number 10 role into a wider role to accommodate another attacking midfielder. If Lingard can carry his midweek performance into the weekend then he could easily prove to be a key-player again for Nottingham Forest.

It’s the boring choice, but it’s the right choice. Zaha has had a career that never quite seems to get off the ground. He’d be great for years at Palace but always seemed to be missing that final piece to warrant a move to a top-six side. The past two seasons have been a different story though. Zaha has flourished under Vieira and at 30-years-old seems yet to reach his peak, as he chases down his tally of 14 league goals from last season.

The Ivorian international already has eight goal involvements this season and shows no signs of slowing down as we approach the World Cup, grabbing a goal and an assist in the win over West Ham. When Zaha is at his best, it rubs off on those around him – you have to go back to April to find a game where Zaha scored and Palace didn’t win. He will take some stopping this weekend, is Forest’s newfound defensive resilience up to the task? 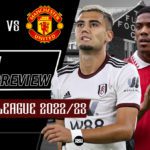 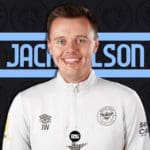