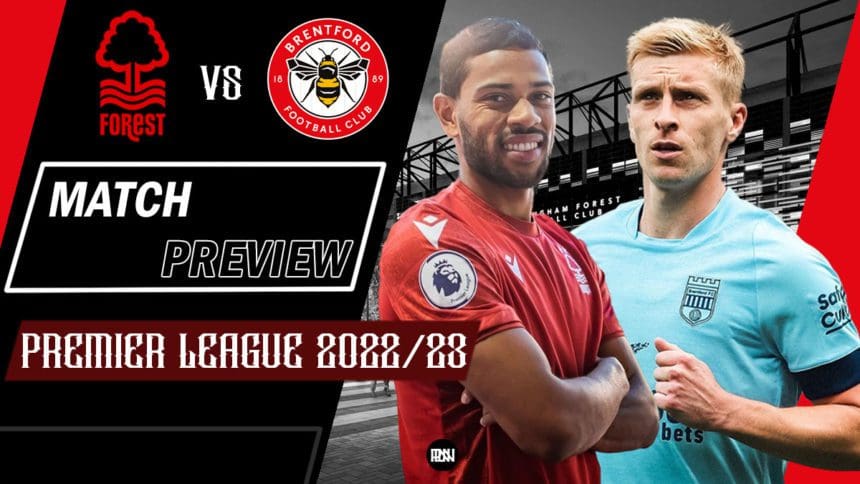 It’s the first matchday in November as Nottingham Forest face off against Brentford at the City Ground. With the World Cup now just around the corner, both sides will be desperate to find some before the month-long hiatus.

Brentford are a team bang out of form at the moment. Thomas Frank’s side might be 11th in the league, but they’ve only won two out of their last 10 league fixtures. Something about this Brentford side is that they are tough to beat, having drawn the most games in the league, but when they are on the losing end, the floodgates are well and truly opened. The Bees have only lost four league games all season but conceded 15 goals in the process – including a five-one thrashing against Newcastle United.

Just four points stand between Brentford and the bottom three, and with fixtures against Manchester City, Tottenham Hotspur, West Ham and Liverpool on either side of the winter break, their trip to the City Ground is crucial in putting some distance between themselves and the relegation zone.

Steve Cooper’s side just can’t get going in the Premier League. It looked like they had finally got something right over the past few weeks, two draws against Brighton and Aston Villa showed their defensive resilience – before an excellent performance saw them beat Liverpool. I don’t think anyone expected anything from their trip to Arsenal, but Cooper’s side were battered at the Emirates and didn’t even get the basics right against the Gunners. They will be hoping for a much improved performance this weekend.

The biggest news of this weekend is that Bretford will be without star striker Ivan Toney. The Englishman has been suspended after accumulating five yellow cards already this season, forcing Thomas Frank to reshuffle his attack. The Bees will also be without captain Pontus Jansson, Mathias Jenson and Aaron Hickey – whilst Christan Norgaard could make his return to the matchday squad after an Achilles injury has ruled him out since August.

With no Ivan Toney, Frank is forced to switch up his team which could see him use a different formation. Frank often sets his side up in a 4-3-3 or a 3-5-2 formation, and it will be interesting to see which one he goes for this weekend. One option would be to stick with the 4-3-3, move Bryan Mbeumo into a central role with Yoane Wissa and Mikkel Damsgaard either side of him. Alternatively, in a 3-5-2 Mbeumo will once again be moved into a central role, with Wissa shoe-horned into the left-striker position.

There has been no changes to Nottingham Forest’s injury room, with Harry Toffolo, Jack Colback, Moussa Niakhate and Omar Richards all still sidelined through injury. More questions still remain over who will feature for Forest against Brentford after last weekend’s shocking loss to Arsenal. There are calls for Giulian Biancone or Joe Worrall to start of defence, whilst fans are still divided over who should start in midfield – Cooper, as usual, has a lot to think about.

The loss of Ivan Toney has completely changed the complexity of this game. If he was fit, he would be a nightmare for the Forest backline, using his strength and physicality to beat defenders and create chances. In my opinion, he’s one of the best forwards and one of the best finishers in the league, his absence means Brentford will have to approach this game in a different way. The Bees have scored 19 goals this season, eight of which belong to Toney – their second top goal scorer is Mbeumo, with two, both of his goals were set up by Toney.

Brentford are going to have to get creative on the weekend and show sides they can win without their starman. There will be a lot of pressure on Mbeumo to step up and deliver and I’m not too sure if he’s up to the task.

On Saturday afternoon, we’ll witness one of two Nottingham Forest games. We will either see the Forest side who beat Liverpool, or the one who got dismantled by Arsenal. We know how good Forest can be and they definitely have the potential to stay up, but they need to be more consistent.  With Toney missing, Forest’s backline will have a far easier game than in recent weeks against what is likely to be a disjointed Brentford attack. The Bees will be more cautious going forward without their talisman, which will not only give Forest less defensive responsibility but will also give them time to move out from the back and progress downfield. Brentford could really struggle without their forward on Saturday.

All season Forest have lacked identity in attack, switching between two and three forwards, and often opting for a striker-less formation. In recent weeks, however, Taiwo Awoniyi has proven he should be the starter in this Nottingham Forest side. He can be a real danger going forward and gives Forest a focal point going forward. His ability to hold up possession also allows the wingers to get in behind with ease.

If the Reds are to stay up this season, it will come down to what they can get out of Awoniyi. If they play to his strengths and get him involved, they can cause problems for any team, if they don’t, they will struggle to make a dent. As I said before, when Brentford concede, it normally rains goals, this is Forest’s opportunity to pick up a convincing win – Awoniyi should be at the heart of it.

Ivan Toney is a big, big loss for this Brentford side. Yes, it’s only a one-game suspension but given their run of games, they need points on the board. Without Toney in the side, it’s hard to see where the goals and performance are going to come from and they’re going to need a lot of players to step up if they want a result – even against bottom-of-the-league Nottingham Forest.

Mbeumo is a player I’ve rated quite highly over the years, and if he wasn’t always overshadowed by Ollie Watkins, Said Benhrama or Ivan Toney, then chances are he would be playing at a higher-level right now. Playing without his partner in crime means he will have a lot more responsibility than usual as he will become Brentford’s main man for creating and finishing opportunities. The Ivan Toney shaped hole is a big void to fill, but if Mbeumo can do it then the Bees should coast home with three points. 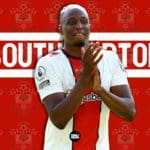 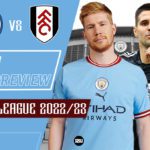