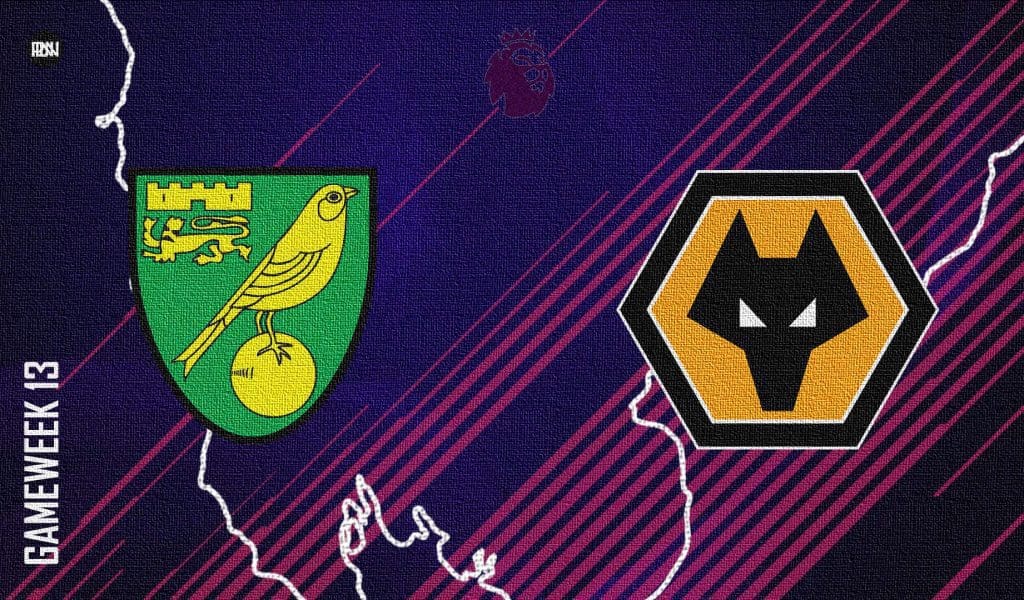 Three weeks back, almost everyone ruled out the possibility of Norwich City creeping out of the relegation zone places, and in a very small span, they have registered 2 wins and now are just 3 points away from the safe zone. The Canaries have a new gaffer in-house who helped them get a narrow win over Southampton last weekend, and now can he inspire this team to their 3rd consecutive win of the season?

Wolves under Lage are just remarkable and they proved this last weekend, when they did get the better of in-from West Ham team. The game was arguably their best 90 minutes performance this season and this just came at the perfect moment. The 3 points helped them secure the 6th position and this weekend they would definitely consider themselves favorites to push for a position higher than this.

Kabak and Sam Byram will be missed by the Canaries alongside Zimmerman who also is still out for this fixture at the Carrow Road. Dean Smith will not be shuffling a lot from the squad that he fielded in his first match for the Canaries and hope for a better finish come the end of the month.

Marcal made his place back on the bench for the Wolves team and could hope to get into the XI this time around. However, Boly will be out of the clash with a muscular discomfort joining Pedro, Bueno, Castro and Mosquera to the list from with Lage can not select.

Wolves go into the match with a bag full of confidence as they got better of the Hammers, who then looked as the most in-form team of the league. Also, to add to this, Wolves have a winning streak against their opponents of the weekend, as in the 2018/19 season, they secured 6 points out of the possible 6 in their 2 fixtures. While the last time Norwich got the better of Wolves in the English top-flight, dates back to March 2012. Definitely, both form and history favors the black and golds who will push for securing a place for the European spots this season.

Norwich have secured 2 wins in their last 2 games although under new managers but their display last weekend, did show that the team can still fight against the odds to secure a place for consecutive seasons in the English top flight. Dean Smith is an experienced manager when one talks about the Premier League, and the one man Norwich can certainly bank on is him. The former Aston Villa boss had a great start to his new venture but now he will have to build on this and hope for a safe place come the end of the season. He will be looking to give all his players time to shine but one should not expect many changes as sticking to basics will be necessary in this game.

Before the start of the season, everyone predicted this to be the season for Gilmour to prove his mettle in the league and start regularly for a top tier team before making it to the starting XI for Chelsea. But, after a sloppy start, he did not find his best position and was eventually dropped to the bench by Farke. This raised voices in the Chelsea dugout to possibly call him back in January, but new manager is here and in his first game under the gaffer, he gave a man of the match winning performance. This adds to the MOTM awards in his first Premier League game, first Champions League game, first FA Cup game and his first game for Scotland. Smith in his press conference claimed that he loved the Scottish youngster during the international break and this helped him earn a place in the starting XI. Now Gilmour has to work to keep his game up to mark and claim the spot he earned in the team.

A spot in the front 3 is a tight three-way battle at Wolves as Podence, Traore, and Trincao all are neck to neck for the same place. Podence was trusted by Bruno Lage the last week around and he returned the faith with an assist that helped the team seal the game against the Hammers. Not just the assist, Podence troubled Fabianski more than once with some great footwork on the right side, to go head and shoulders above the other two contenders, he will now have to be consistent and deliver some quality on the pitch. Also, this game would mark Podence’s 50th appearance for the Wolves team and a goal contribution will definitely sweeten the occasion for the Portuguese winger.