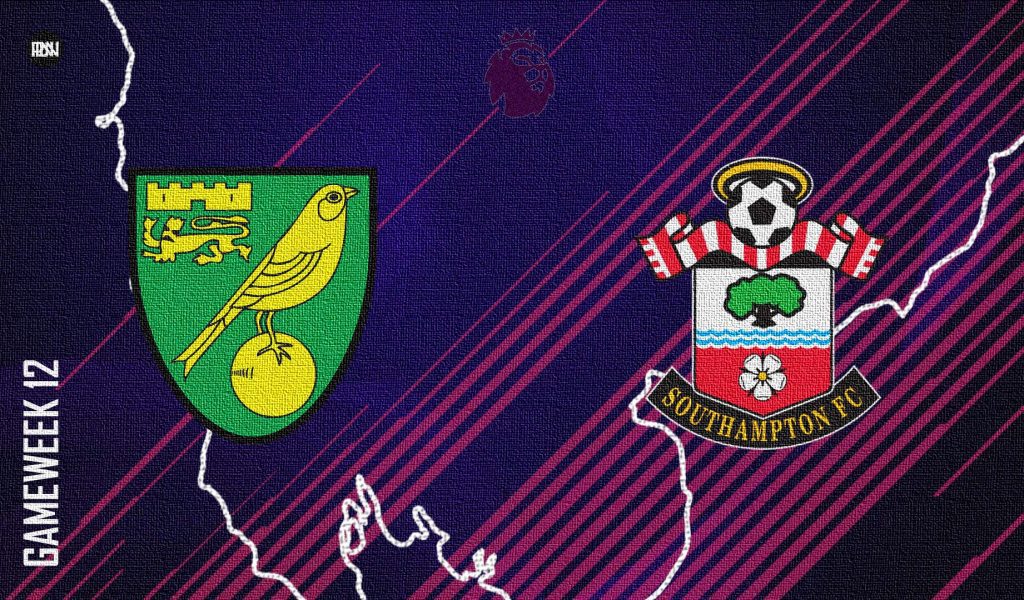 Premier League football finally returns, for non-stop club football action till the month of March, with no more international breaks for the next 4 months. All fans are excited to see their teams take the pitch this weekend, and one such fixture with everyone’s eyes on it will be Norwich City vs Southampton.

Norwich City sacked manager Daniel Farke in the international break, with his 4-year reign with the Canaries coming to an end this week. The German manager oversaw two Championship-winning seasons and one relegation from the Premier League, but after seeing a horrible start to the season, he was sacked by the Norwich bosses and replaced by former Aston Villa manager Dean Smith, who himself was sacked just over a week ago.

The Englishman’s arrival is met with much hope, with the Canary fans hoping that Smith will be able to help them stay alive in the Premier League, with the club languishing in the bottom spot with just 5 points from 11 games so far. His first game comes against Southampton, ironically enough, with Smith managing and losing his final game with Villa against the same opposition. He will no doubt be hungry for revenge and will hope he can translate that into his players.

Southampton went into the international break with a solid 1-0 win against Aston Villa, with Adam Armstrong’s third-minute strike proving to be enough difference between the two sides. It provided the Saints with some much-needed relief and a boost for a tough period, with the likes of Liverpool, Brighton, Arsenal, and Leicester to come. The win propelled Southampton to 14th in the table, just six behind 5th placed Arsenal. It will be interesting to see how manager Ralph Hasenhutl deals with the tricky period, starting with Norwich on Saturday.

Norwich City manager Dean Smith will have his work cut out from the very first game, and a good result on Saturday will give them a welcome boost. The Canaries will be without their two centre-backs in Christoph Zimmermann and Grant Hanley, with both of them still recovering from respective injuries. It will be a real blow to Smith who will have hoped to have at least one veteran center-back available. However, defenders Ozan Kabak, Andrew Omabamidele, and Sam Byram are all set to return to the squad. The new manager praised on-loan midfielder Billy Gilmour and has confirmed that adequate playing time will be given to the talented youngster, and is expected to feature on Saturday.

Southampton were one of the few lucky teams in the international break, with all their players returning unscathed from international duty. Manager Ralph Hasenhutl confirmed that with the exception of long-term absentee Jack Stephens, every player is fit and available for the game on Saturday. Nathan Redmond who missed out the last time with COVID-19 has also recovered and is now ready and available for selection.

The Southampton defense has had a decent season so far, with 5 cleansheets, with only Chelsea, Liverpool, Man City, and Arsenal having more. This will no doubt be a point of focus for Ralph Hasenhutl as he sets his team up for upcoming games. They have been strong at the back, with Tino Livramento, Jan Bednarek, Mohammed Salisu, Kyle Walker-Peters, and at times Romain Perraud, keeping their senses and being alert at all times.

Before the season started, the Saints lost their senior center-back Jannik Vestergaard to Leicester City, and the signs looked ominous for them, considering the amount of talent and experience leaving them. However, Southampton have looked comfortable at the back so far, and have rarely put a foot wrong. They even managed to keep the defending champions in Man City at bay, with the Blues failing to score against the Saints.

Based on how solid they have been so far, they should not be under too much trouble when they face one of the worst attacks in the league on Saturday. Although Norwich have got some big attacking names in Teemu Pukki, Milot Rashica, Todd Cantwell, the Southampton defence should be strong enough to keep the Canaries out and cruise to yet another clean sheet to make it 4 out of 5.

The Finnish striker is no stranger to the Premier League stage. However, he has not had the same start that he had in his last season in the Premier League. He has scored 3 of Norwich’s 5 Premier League goals so far, and if provided the chances, he has the finishing capabilities to give the Canaries some goals. However, the midfield and creative department has been lacking for Norwich, and an equally poor defence has left them vulnerable. Against Brentford, he worked very hard and made several good runs that went unnoticed and was a menace throughout. He will face a sterner test against a strong defence on Saturday, but if provided the opportunities in and around the box Pukki can hurt the opposition.

It will be a battle of strikers at Carrow Road on Saturday. Adam Armstrong has been in good form this season, taking his chances whenever they come. He has formed a good partnership up-front with Che Adams and works well with Armando Broja as well. The new signing from Blackburn Rovers will naturally take some time to adjust to the fast-paced life of the Premier League, but has gelled in well with his new team. He is the leading goal and assists getter for his team, with two each. It has been a statement on how poor the Southampton attack and chance creation is as well, with the Saints scoring just 10 goals in 11 games so far this season. They have some talented names in their attacking ranks, and against a very weak defense in Norwich, will look to bloat their attacking stats.

MUST READ: Mohammed Salisu: Analysis into how he has transformed Southampton’s defence