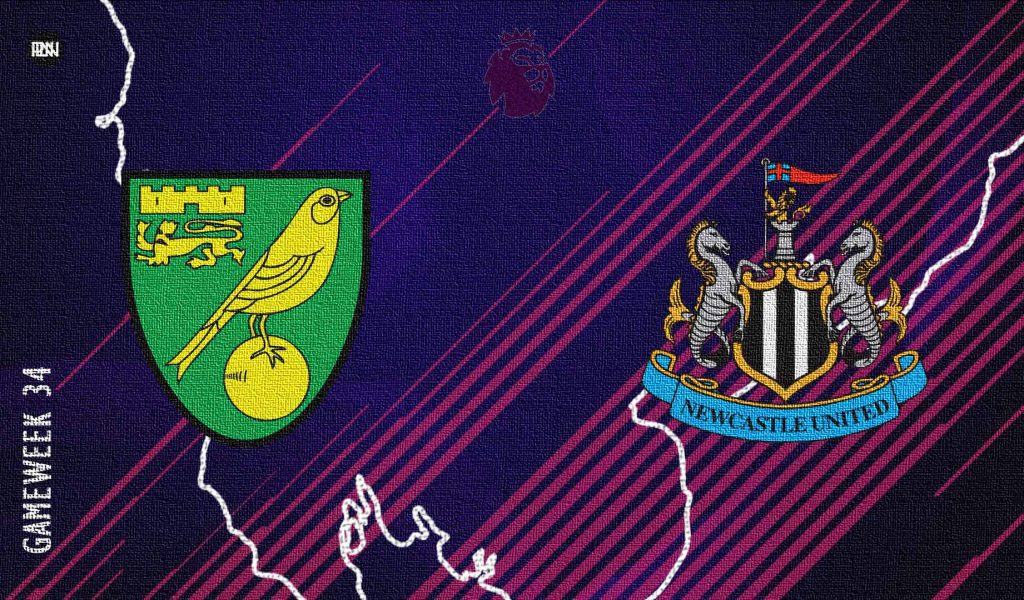 Norwich City’s improbable fight to survive in the top flight will be put to another test as they welcome Newcastle United in their own den on Saturday, 23rd April in the Premier League. Dean Smith managed side, sits bottom of the league and is just 6 matches away from being demoted to the Championship.

Following the Saudi led takeover in 2021, Newcastle United are at 2nd place in bagging the most points in 2022 with 9 wins in 14 games, they are ahead of Manchester City, Arsenal and Chelsea and among all others. The Magpies are currently in the 11th spot, 12 points clear of the relegation zone.

Brandon Williams will be back after being ineligible to play against Manchester United last weekend. While all-time absentees include, Ozan Kabak, Adam Idah, Joshua Sargent. Chelsea loanee Billy Gilmour might even feature in the playing 11 after being used as a substitute in their last defeat to The Red Devils.

Newcastle United will be without their leading goal scorer, Callum Wilson. Other names in the loss are Kieran Trippier, Jamal Lewis while Ryan Fraser working hard to regain his fitness as confirmed by the head coach.

Norwich City put up a strong display in their last outing at Old Trafford last weekend as they deserved to come home with a point but Ronaldo’s hat trick helped Manchester United to have the last laugh. The Canaries are not out of the woods yet, but they will have to work hard to avoid relegation at this juncture in the season, as they are now eight points behind 17th-placed Everton, who have a game in hand. Norwich City have just one win in their last 6 matches and have leaked 11 goals during their period. Barring Teemu Pukki, none of their attackers have found their mojo yet. Norwich City boasts the distinction of having the second-worst home record in the Premier League this season, with only 12 points from 16 games, and they’ll be up against a confident Newcastle side. Although they display a very impressive home record against the Magpies.

Under their new manager, Eddie Howe, Newcastle United have shot upto to the 11th spot in the league only a win away from being in the top half of the table. Having won their last 3 games, Newcastle United are cashing in on some pretty good business in the winter transfer window. With Bruno Guimaraes, Chris Wood firing up at the right time. On paper, the Magpies have a difficult conclusion to the season ahead of them, with matches against Liverpool, Manchester City, Arsenal, and Burnley in their next four, but they will be optimistic moving into it.

The Finnish frontman is arguably the only player who might make a difference on the match day. In this season he has contributed to 13 of his team’s all 22 goals this season. His intelligent off the ball movement has aided him in scoring goals as well as creating space for his teammates to rush into. His link-up play has also been outstanding, as he is adept at creating space and then passing the ball to teammates in the final third.

The 24-year-old is naturally found near or even between the centre-backs, where he can pivot and distribute as needed. His short passing is always precise and well-intentioned, frequently fizzed into feet before a return angle is given, but his diagonal shifts are the most stunning. In possession, the Brazilian midfielder wastes little time, taking only one touch to set himself up before spraying perfectly-floated passes to either full-back. Despite being deployed as a defensive midfielder, the Brazilian has 3 goals and an assist by his name in the league. A complete midfielder, Bruno falls in the 97 percentile of both tackles and progress passes.

MUST READ: Who is Giovane? – Norwich City interested in Corinthians youngster