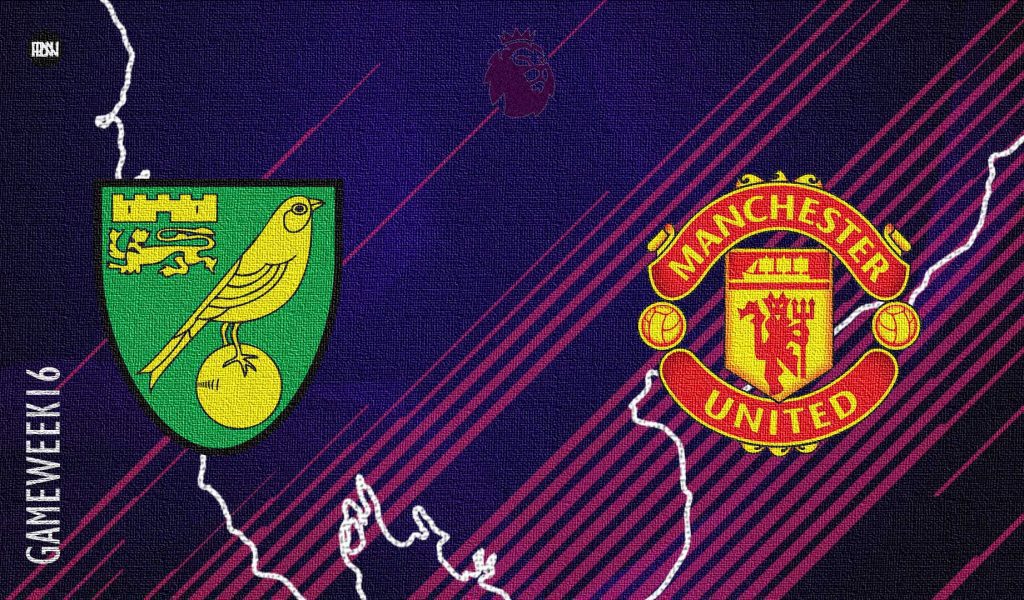 After the midweek European ties, the attention turns back to domestic football, with both ends of the Premier League table heating up as we head into a hectic and busy period of festive football. The relegation battle is just as close as the title race, and the race for top 4 is also wide open. The gameweek 16 of the 2021/22 Premier League season brings us an exciting game, with top-4 hopefuls Manchester United making the trip to Carrow Road to take on relegation-threatened Norwich City.

Norwich City come into this game on the back of a 3-0 loss against a much better Tottenham Hotspur team. The Canaries were thoroughly beaten by Spurs and were outplayed in the capital, and manager Dean Smith will have taken very few positives from it. After Smith’s arrival, Norwich went on a 2-game winning run, and looked to have finally gotten some respite from their miserable time in the league so far. However, two draws and a loss in the three subsequent games has left the Canaries rooted to the bottom of the table, with the worst goal difference in the league, although they are level on points with the other two relegation favorites Newcastle United and Burnley. Norwich will be hoping to take some inspiration from the likes of Watford and get a surprise result against Man United on Saturday, with three points possibly lifting them out of the relegation zone.

Manchester United have a refreshed look about them with new interim manager Ralf Rangnick bringing with him a renewed style of play. They played with high intensity against Crystal Palace last week, which was the German’s first game in charge of the club, and won the game 1-0 thanks to a superb Fred goal from outside the box. That game also marked only the third time the Red Devils have kept a cleansheet in the Premier League this season, and there was a much improved United defense on show last Sunday. In the midweek Champions League game, Rangnick rotated the side heavily with 11 changes for the dead-rubber tie against Young Boys. An acrobatic finish by youngster Mason Greenwood inside the first ten minutes gave them the lead, but they failed to add any more as the game ended in a 1-1 draw. However they were plenty of positives to take from that game for United fans, with the Old Trafford faithful being treated to performances from as many as 9 academy graduates on Wednesday night.

With their key players being well-rested, Rangnick will hope his team can show the same intensity and get the three points against a team that is rooted to the bottom of the table.

Norwich City will be without full-back Brandon Williams who is on loan at the Canaries from United and according to Premier League rules is ineligible to play against his parent club. Kosovan forward Milot Rashica is expected to be ruled out of Saturday’s game with a groin injury, alongside Christoph Zimmermann, who is recovering from an ankle injury. However, there is some good news for the Canaries, with midfielder Mathias Normann in contention to return to the squad after having missed out on the last two games.

Man United interim manager Ralf Rangnick made 11 changes against Young Boys in the midweek Champions League fixtures, giving many of the fringe players and youth academy graduates a chance to prove their mettle. Aaron Wan-Bissaka was stretchered off after the final whistle on Wednesday, and has sustained injuries to his wrist, putting doubts over his availability for the trip to Norwich. Diogo Dalot will be expected to start in his place.

French trio of Raphael Varane, Paul Pogba, and Anthony Martial are set to miss out on the game, despite Varane returning to training. Saturday’s game comes too soon for the center-back, and he is expected to return to the squad next week. Uruguayan striker Edinson Cavani also returned to training with Varane but is not fully fit for the game.

Can Man United keep up their consistency?

A major issue in the last few months of Ole Gunnar Solskjaer’s reign was the inconsistency of the Red Devils. United started the season well, but could not get into a rhythm and that left them vulnerable against half-decent teams. Since the start of the campaign, United have failed to win three games in a row, and are currently on a season best of 5 games unbeaten run, with three wins and two draws. One of the main issues that manager Ralf Rangnick will have noticed is that of consistency and he will no doubt be aware of the areas he needs the team to improve on.

Consistency is a key factor when challenging for any trophy, and while United are all but out of the title race by now, there are still other trophies to challenge for. The quality of football and competition is very high in the Premier League, with upto 4 teams in the race for the single European spot. It is something the Red Devils have been poor in this season, and they need to get good results which will breed confidence which ultimately leads to consistency. Ralf Rangnick has brought with him a refreshing playing philosophy, United fans are hopeful that he can oversee a team filled with superstars challenging for major honors.

The Red Devils are expected to cruise to an easy win against Norwich, and they should face no issues with a vastly superior team. Three points here would be the right step in the direction of achieving consistency which United fans and the manager craves.

The 31-year-old Finnish striker is the leading goalscorer for his team, which has found a new lease of life under manager Dean Smith. Ever since the English manager’s appointment, Pukki has scored in 2 games, taking his tally to 5 for the season, and has looked troublesome for opposition defense. Norwich will be expected to play on the counter against a United team which has superior quality and talent, and Pukki will be expected to be on his toes for any chance that might come his way. With every point crucial for the Canaries now, they will have to fight hard if they want to get a surprise result against the Red Devils. Norwich will be hoping to target the poor defensive record of United and will need Pukki to be on his best game for it.

The main man in the Man United side, Ronaldo has been a saving grace for United of late, scoring important goals to rescue points for his side. Questions were raised as to how the 36-year-old would suit the high-intensity pressing style of play that Rangnick implements, but he was brilliant in German’s first game in charge, prompting the manager to shower praise on Ronaldo and his work ethic. While the Portuguese had to lead the attack on so many occasions now, with other players hitting form, some of the burdens has been taken off Ronaldo’s shoulders, and he will be able to play more freely. He is the driving force behind the team, as he has been for every team he has played in his illustrious career, and will be expected to score the goals on Saturday again. Against a very weak Norwich defense, Ronaldo could have a hugely beneficial outing and could help him improve on his 6 goals in the Premier League so far.