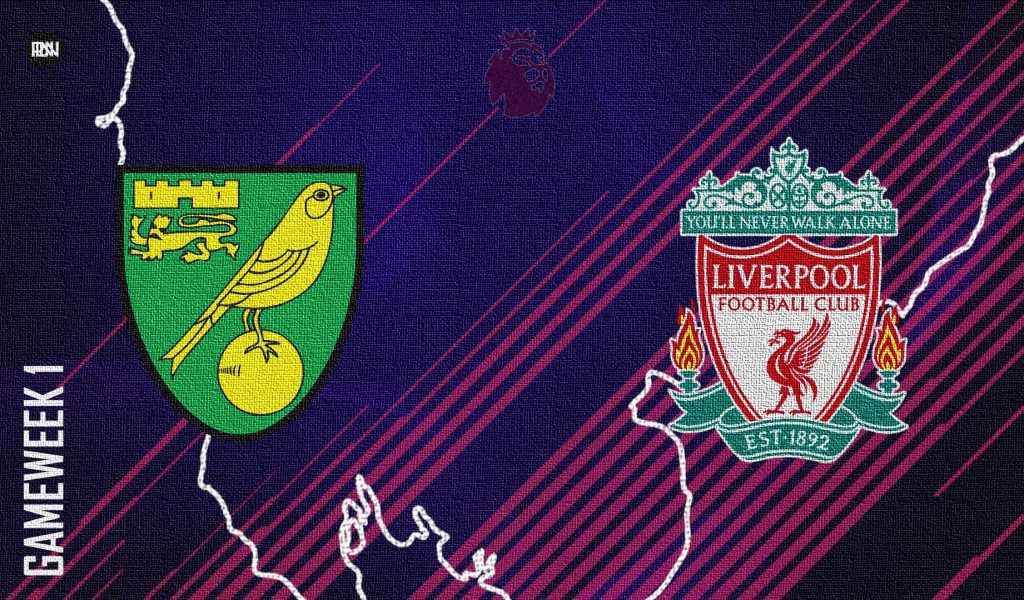 A new season of Premier League football beckons one and all, and as inch closer and closer to the first matchday of the 2021/22 season, the excitement among fans and players alike is uncontainable. Everyone is waiting for the Premier League to start, and this season is set to be one of the most competitive seasons ever with the quality and level of squads better than last season. With the pre-season games done and dusted and all teams up to their desired level of fitness, all players will be raring to go.

Adding to the excitement and enthusiasm surrounding the start of the league is the fact that fans are set to be allowed into the grounds to watch and cheer their team on after a long wait of almost 2 years. It will no doubt be a big boost to all teams to have their faithful supporters sing and serenade them after playing without fans for a long time.

In the first gameweek of the PL season, last season’s Championship winners and newly-promoted Norwich City set to take on 19/20 Premier League winners Liverpool. This will be the second time in a row that Liverpool have faced the Championship winners on the first day of the season, with the Reds hosting Leeds United last season. In a battle of David vs Goliath, it surely makes up for an interesting matchup, with Liverpool expected to challenge for the title this season, and Norwich expected to fight it out for survival.

The last time these two met on the opening day of the season was in 2019, when Liverpool ran out 4-1 winners at Anfield. Liverpool opened the scoring just seven minutes in the match, and Norwich will be hoping to avoid the same fate this time around.

Norwich City have had some tough luck before the opening game, with a massive COVID-19 outbreak in the squad. Six first-team players, including new signing Milot Rashica, winger Onel Hernandez and captain Grant Hanley are isolating and missed the last pre-season game against Newcastle United. It remains to see if they are available for the game against Liverpool, but it looks increasingly unlikely.

Star midfielder Todd Cantwell, who was crucial to the Canaries’ 20/21 Championship title success, is a major doubt ahead of the opening fixture, with a rolled ankle. Manager Daniel Farke’s updates did little to quell fan concerns, and it remains to see if he is available to start.

Liverpool defenders Virgil van Dijk and Joel Matip returned to the lineup in preseason after a long injury layoff and fans will be breathing a sigh of relief to see them back, especially the tall Dutchman. However, the Reds suffered yet another injury blow, with this time full-back Andy Robertson suffering an ankle injury in pre-season against Athletic Bilbao, which is likely to keep him out of action for a few weeks.

Midfielder Curtis Jones also suffered a concussion against Osasuna and Jurgen Klopp has ruled him out of the opening clash against Norwich City. With the departure of Gini Wijnaldum, Liverpool are already light in midfield, and Klopp will hope that he has no more injury concerns ahead of the start of the season.

Norwich had the second-best defense in the Championship last season, which was a surprising turnaround from their 19/20 PL season when they had the worst defense in the league. Back in the top-flight this season, it remains to see if they can carry the Championship form into the Premier League. They face a tough task from the get-go as they face one of the best attacks in Europe. The Canaries know it will not be an easy task to contain the likes of Mo Salah and Sadio Mane, but they won’t give up easily. The Norwich defenders will have to be on top form and ready for a tough 90 minutes against Liverpool.

An issue for Daniel Farke and his staff will be Liverpool’s high pressing style of play. Norwich City showed last season that they like to keep possession of the ball while emphasizing firmly on penetration. Liverpool’s high pressing style of play is very effective against teams that like to play with possession and this could spell trouble for Norwich. However, with some new signings, particularly Billy Gilmour from Chelsea, it could allow Farke to change things up and could also help the play the way he wants without getting caught out in possession.

Last season was a season that Roberto Firmino would want to forget. He was poor in front of goal and was criticized on many occasions by fans and pundits. With just 9 goals in 48 appearances in all competitions last season, he just could not hit form and get going. He was replaced in the team with Portuguese forward and new-singing Diogo Jota who immediately showed his talent and why he deserved a spot in the lineup. However, luck was not with him as he missed almost a majority of the season with injuries.

Going into the new season, there have been questions over Liverpool’s style of play and whether a pure goal-scoring forward like Jota would suit them or Firmino who is adept at playing as a false 9 and creating spaces for his more prolific teammates like Salah and Mane to run into. Many expect Firmino to start, however, it will no doubt be a headache for Jurgen Klopp going into the new season.

Norwich City’s go-to man and the third-highest scorer in the Championship with 26 goals in 41 games. He spearheads the Norwich attack and will be the man the Canary fans look up to. With Todd Cantwell a major doubt for the game and new signings yet to gel in, all the attacking burden will be on Pukki’s shoulder. He will need to take any chance that comes his way if they want to stand any chance of beating what is a highly superior team.

The Liverpool talisman, and no doubt one of their most important players. Everyone knows what he is capable of and the Norwich defenders will be well aware of the threat he possesses. He is extremely fast and if he gets a run behind the Norwich backline, it will be very hard to stop him from scoring. The Liverpool midfield will be on the lookout for his runs, and the Norwich back four will have to be very alert while dealing with him.