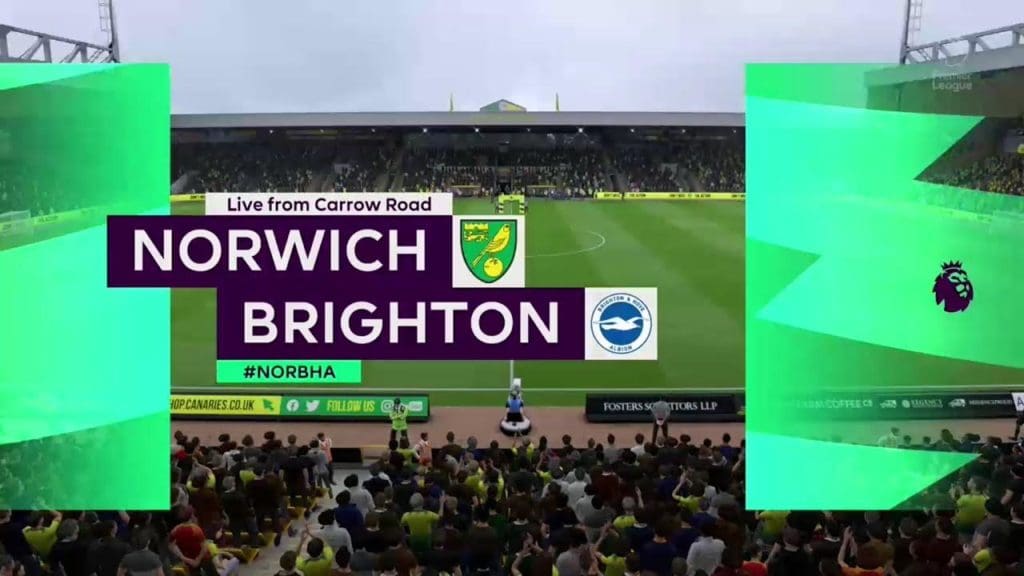 Brighton & Hove Albion will take on relegation threatened Norwich at Carrow Road in an early kick-off on Saturday.

The Seagulls currently have a six point gap distancing them from the bottom three and a win here would mean that Brighton will move closer to securing safety from the drop. They are now just seven points adrift of the 40-point mark and manager Graham Potter has six games to reach that target.

Norwich are in desperate need for points, and are currently seven points adrift of safety at the bottom of the table. Considering the hosts have won only four games at home all season, an upbeat Brighton will target the weak Norwich defence and aim to take three points from Carrow Road tomorrow.

The Canaries have been in woeful form since the restart, losing all three league games so far, and were thrown out of the FA Cup by a resilient Manchester United side last week.

They were thrashed 4-0 by Arsenal in their latest outing on Wednesday at the Emirates Stadium, and are yet to register a goal in the league post-lockdown.

With just six matches left in the season, the team must go all-out to secure a win in order to give themselves the best chance of avoiding the drop.

Graham Potter’s side are in decent form, picking up four points from a possible nine from their three games against Arsenal, Leicester and Manchester United.

Wins have been scarce for the Seagulls, and they have registered just one win in this calendar year, against Arsenal and have been reliant majorly on draws to pick up points.

Brighton have also failed to score in four of their last five games, and have kept just two clean sheets in their last 13 games.

Norwich defender Timm Klose is now back in the squad after his suspension, which had forced Tettey to play in the backline against Arsenal.

Meanwhile defenders Grant Hanley, Christoph Zimmermann and Sam Byram will remain out of contention for a long time.

For Brighton, winger Izquierdo is still sidelined while the fitness of Adam Webster will have to be assessed before the match. Davy Propper is expected to make a quick return after he had to be substituted during the United game due to a calf injury.