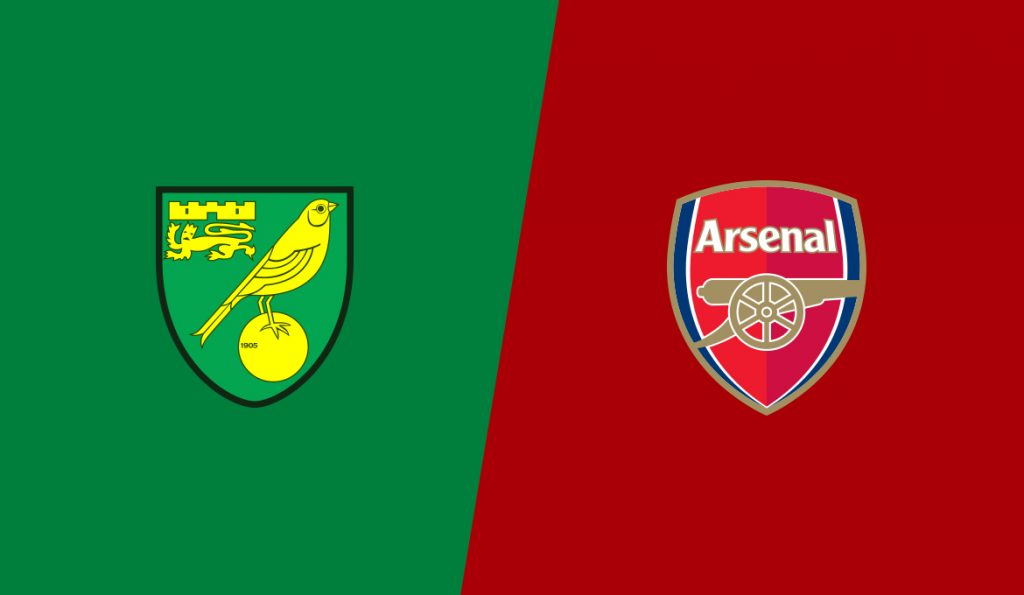 Boxing day fixtures have always been an iconic part of the Premier League season and with Covid outbreaks causing mass postponements, the fans are desperately hoping for Boxing Day fixtures to go ahead. Even though the UK has been recording over 90,000 covid cases, the Premier League has rejected the idea of halting the season. Instead, Boxing Day fixtures will go ahead as planned. It remains to be seen how the Premier League will manage the fixture backlog as the league has already called off 3 Boxing day fixtures, Everton vs Burnley, Liverpool vs Leeds, and Wolves vs Watford. Despite postponements, there are intriguing matches to look forward, including Arsenal’s trip to Carrow Road to take on Norwich City.

The Gunners travel to Carrow Road on Boxing Day in the penultimate Premier League fixture of 2021. Mikel Arteta’s men are flying high in the league and the feel good factor seems to have returned at the Emirates. With 3 wins on the Trot, Arsenal are currently 4th in the table, the first time they’ve entered the Top 4 in what seems to be an eternity. The Gunners face a Norwich side who are currently rock bottom in the league table. Having appointed Dean Smith as manager, Norwich expected an upturn in fortunes but that hasn’t been the case so far with the Canaries having lost their previous 3 games. Let us look at how the teams stack up against each other and what can we expect from the fixture.

Arsenal had a mini-covid scare after their game against Leeds at Elland Road. As the Leeds squad reported a covid outbreak after the match, Arsenal seem to have dodged any further positive cases. Takehiro Tomiyasu has been an ever-present figure at rightback since joining the club from Bologna. As the Arsenal defender came off early in the Leeds game after suffering a muscular problem, he’s likely to miss out on the trip to Norfolk. Pierre Emerick Aubameyang has not featured for the Gunners in the past 4 matches and his absence is set to continue after he was stripped from club captaincy. Callum Chambers tested positive for COVID-19 and has joined the likes of Pablo Mari, Maitland Niles & Sambi Lokonga on the sidelines.

In the Norwich camp, atleast 11 players are suspected to be doubts for the game. Speaking to the Press in his Pre-Match Interview, Dean Smith mentioned that his squad has been hit by a Covid Outbreak but he expects the game to go ahead, even though he’s unsure of the Number of Players he’ll have at his disposal. Grant Hanley & Ozan Kabak remain doubts for the game on Sunday along with Milot Rashica & Andrew Omobamidele. But in some positive team news, midfielder Billy Gilmour &  Dimitris Giannoulis are set to be included in the matchday squad after shaking off a covid scare.

Arsenal are flying high in the Premier League this term. They have taken more points in the Premier League over the past 6 games, apart from Liverpool & Manchester City. Arteta’s men are playing with flare and fluidity, playing through the opposition with relative ease. After Aubameyang’s expulsion from the team, it was believed that Arsenal would struggle to break down teams without a target man in the team. But in the absence of Gabonese International, Alexander Lacazette has stepped up. Mikel Arteta has shown faith in the Frenchman and his leadership qualities & link-up play have become fairly evident. Alongside the Frenchman, players such as Bukayo Saka, Gabriel Martinelli, Emile-Smith-Rowe and Martin Odegaard have developed an understanding among themselves. Instead of relying on counterattacks & whipping balls into the box, the Arsenal forwards have developed a tremendous understanding of being in the right place at the right time, allowing them to break down a low block with relative ease.

Norwich are a side who are struggling to stay in the division and as Boxing Day approaches, they find themselves rooted to the bottom of the league table. Dean Smith’s men will be looking to cause an upset and build on from there. The Canaries are expected to play with a low block, setting up in a 4-5-1 formation while defending. The fullbacks Max Aarons & Brandon Williams will have their work cut out trying to defend against the likes of Saka, ESR & Martinelli. The key to their success in this ga,e will probably lie on the shoulders of Billy Gilmour and how he is able to dictate play in the midfield. With Tomiyasu out injured, the right flank looks a bit compromised for the Gunners & the Canaries will be looking to exploit this side of the Arsenal defence in transition, especially with Cantwell & Pukki up top.

The game promises to be an intriguing one, especially if the Gunners fail to score early. The longer it stays 0-0, the nervousness will creep in. Norwich will aim to be compact, resolute & energetic while defending with a low block and try to frustrate the Arsenal forwards. Arsenal will be looking to kill the game early & if they score the first goal it can turn out to be a long night for the Canaries.

The Norwegian has cemented his place as a key player in this Arsenal setup. Usually operating in the Number 10 position, Martin Odegaard is tasked with creating chances for the front men, a task he has so far excelled at. Equipped with the ability to thread wrecking balls for the forwards, his close footwork & defensive work rate is something worth mentioning as well. Against the Canaries, Odegaard’s brilliance will be needed to break down a low block as Norwich will look to sit back & frustrate the visitors. His link-up play with the forwards will be essential in Arsenal’s quest for 3 points that’ll keep them in the Top 4 going into the next round of fixtures.

The midfielder on loan from Chelsea has impressed so far in a Norwich shirt. Progressing the ball up the pitch, spreading the play for the likes of Aarons & Brandon Williams, or pressing the middle of the park, there is nothing that the kid cannot do. His role will be essential for Norwich in their quest of grinding out a result. Norwich will look to hurt Arsenal on the counter with the likes of Cantwell and Pukki and Gilmour’s groundbreaking passes in between the Arsenal lines in transition or long balls over the top seem like the best possible options for Norwich to trouble the Arsenal backline. If he’s at his best, then surely the Canaries can dare to believe!!