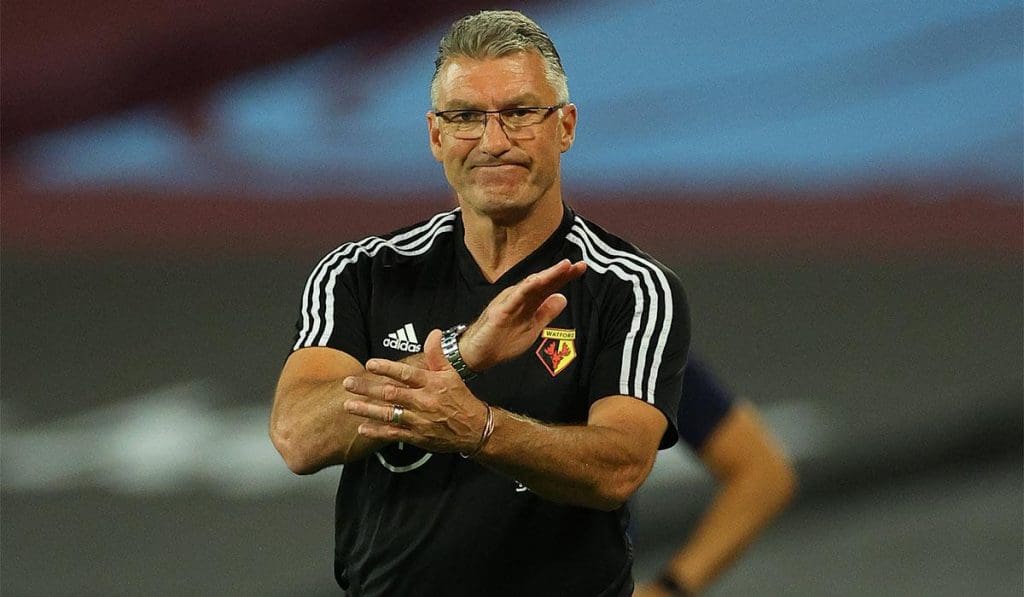 Watford have confirmed Nigel Pearson has left his post as manager of the club, with Hayden Mullins placed in-charge for the last two games of Premier League 2019/20 season.

With the sacking of Pearson as manager, the Hornets have overseen three gaffers sacked in the 2019/20 campaign, following the exits of Javi Gracia and Quique Sanchez Flores at the Vicarage Road.

U23s coach Hayden Mullins placed in as the interim manager of the team will carry the 17th-placed through the rest of the season with two games to go, while Graham Stack acts as his assistant.

Watford have games against Manchester City and Arsenal to play, with a place in the Premier League next season far from secured.

“Watford FC confirms that Nigel Pearson has left the club with immediate effect,” read a club statement on Sunday evening. “Hayden Mullins, with Graham Stack as his assistant, will take up the position of interim head coach for the Hornets’ final two Premier League fixtures of the 2019/20 season. There will be no further comment.”

The PA news agency understands, the English coach was informed earlier on Sunday about his departure by the club’s technical director Filippo Giraldi.

Gracia was the first coach to be dismissed at the Vicarage Road in September with Sanchez Flores being hired immediately to replace his fellow Spaniard. However, the 55-year-old only lasted for three months after replacing Pearson at the dugout.

The Hornets despite looking to find out their own fate, they will be keeping an eye on the results of Bournemouth and Aston Villa who are in the relegation zone already and trail the Hornets by just three points.

Following back-to-back wins over Norwich City and Newcastle United, the lost to West Ham United have put much pressure on Watford ahead of the season finale.