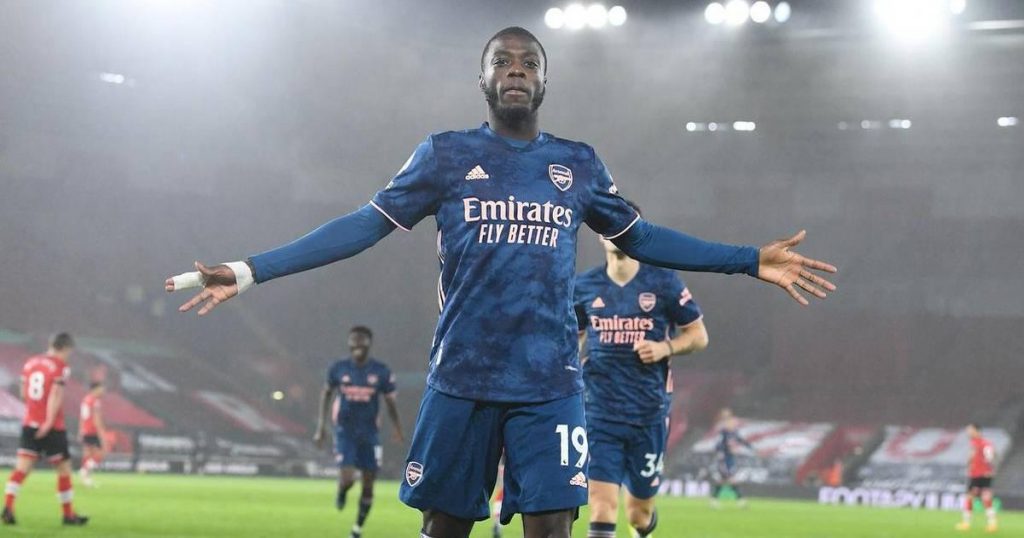 Nicolas Pepe’s arrival at the Emirates stadium was met with a lot of fanfare when he arrived in Ligue 1 signing side Lille. The Ivorian is Arsenal’s record signing and the Gunners faithful had a lot of expectations from him when he was first signed.

However, it’s fair to say that he hasn’t been able to meet those expectations after more than one-and-a-half seasons at the Emirates. Under Unai Emery, in his first season in the Premier League Pepe struggled to get going with the Spaniard facing a turbulent period with the Gunners. Things changed a bit after Mikel Arteta was appointed as the head coach of Arsenal, though the success was short-lived and things haven’t been great for the Ivorian until the match against Southampton.

Here I look at three reasons why Nicolas Pepe might just turn his career around at Arsenal:

Looks settled: When Nicolas Pepe first arrived in the Premier League it was argued that he would take time to get used to the pace and physicality of the English game and it did take him time to get used to a new environment, new team, a new set-up and most importantly a new role for him in the side. However, after spending more than a season in the Premier League, it seems Nicolas Pepe might well have settled into the league finally.

Got himself higher in the pecking order: With Arsenal captain Pierre-Emerick Aubameyang unavailable, it was a big call for Mikel Arteta as to who to replace him with and the Spaniard trusted Nicolas Pepe over the likes of Gabriel Martinelli and Willian. The former Chelsea man was specifically being chosen over Pepe during the early few months of this season, however, it seems that Pepe has earned his place back.

Looked In-form: Nicolas Pepe has now had two brilliant displays against a tough side in Southampton one after the other and that too starting on the opposite flanks each time, it might be an early shout but the Ivorian might well and truly have found his form.