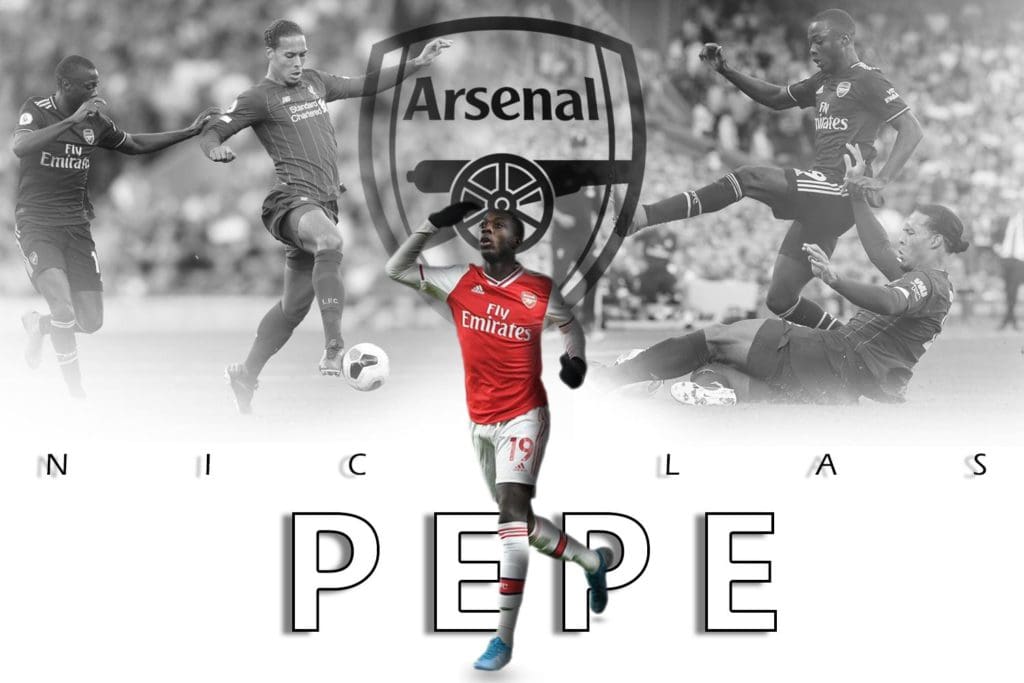 Nicolas Pepe hasn’t had the same impact as Arsenal would have hoped when they made him their record signing in the summer of 2019. However, for all that can be said against the Ivorian international’s impact, one can always bring up his impressive 17 G/A contribution in his very first season in English football conceding with one of the most torrid periods in the history of Arsenal football club. It’s fair to say he hasn’t set the Premier League at fire but he has managed to be effective without making the headlines.

However, if there was one match Arsenal would want Pepe to make the headlines it has to be tomorrow’s FA Cup Final. They would want their big-money signing to get his big goal at the biggest stage. And they won’t be wrong to expect that as Nicolas Pepe is one of the few players at Arsenal who can actually create something out of nothing with the 24-year-old overperforming his xG/xA by a massive 64%.

The former Lille man hasn’t confined his goal contributions to just goals as he has also bared the responsibility of being the team’s only creative outlet in absence of Mesut Ozil and in wake up of the deeper role that Dani Ceballos has taken up at Arsenal. Pepe has already registered nine assists for Arsenal this season and is producing 1.75 key passes per 90 minutes in the Premier League.

To say he’s important for Arsenal in the FA Cup Final would be a gross understatement, however, to say he would be the least feared of members of Arsenal’s front three might be the right judgement. And this could well prove to be an unknown favour from the blues to Pepe. He’s the player many would undermine and Arsenal for once would like to have the player who determines so much to them to be undermined.