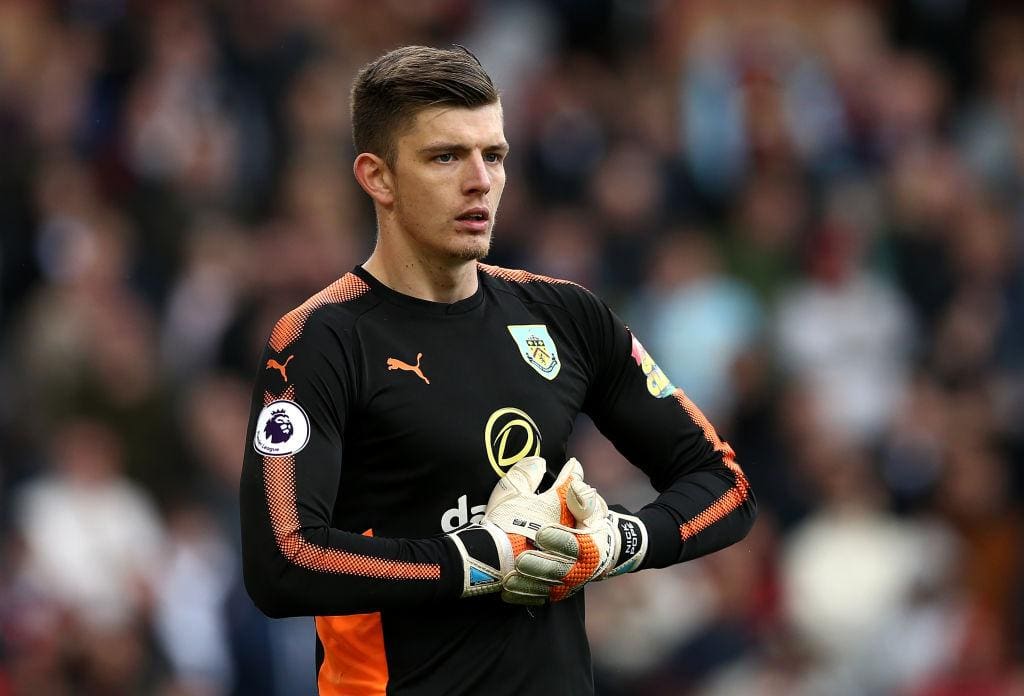 Chelsea are reportedly considering a raid on Burnley after being said to have added Nick Pope to their transfer targets for the transfer window.

Pope was one of the outstanding performers in the just ended 2019/20 Premier League campaign which saw him rack up 15 clean sheets – narrowly missing out on the Golden Glove award on the last day.

Chelsea are said to be in the market for a new goalkeeper with Kepa Arrizabalaga finding it difficult to create a convincing impression at Stamford Bridge.

The Clarets’ shot-stopper was a key part of the club finishing in the top half of the table and his performances in the top flight is said to have grabbed the attention of rival clubs.

Per reports from Sky Sports News on Tuesday, the Blues have added the 28-year-old to a list which also has Jan Oblak, Andre Onana, and Dean Henderson as a possible replacement for their first-choice goalkeeper ahead of next season.

Frank Lampard’s team are also looking to find a buyer for the Spain international who continues to produce below-par performances at the club.

The Blues keeper started 33 out of 38 games in the league, which also saw him keep just eight clean sheets during that time. But his total of 55 saves, that is 1.7 saves per game on average has been a bit worrying issue for the west London side.

Pope made 120 saves in the games he played in the Premier League which is more than double that of the Chelsea keeper’s and averaged 3.2 saves per game – representing 71 percent of the shots faced.

Kepa was signed for £75 million back in 2018, but Chelsea are looking to recoup at least £50 million from the amount they paid to Athletic Bilbao to secure the signature of the 25-year-old.

Pope has three years left on his current deal at Turf Moor and would take quite a good offer to take him away from Sean Dyche’s team.

What Does Mikel Arteta’s Ideal Player Looks Like
Premier League 2019/20: Rookie of The Year
To Top