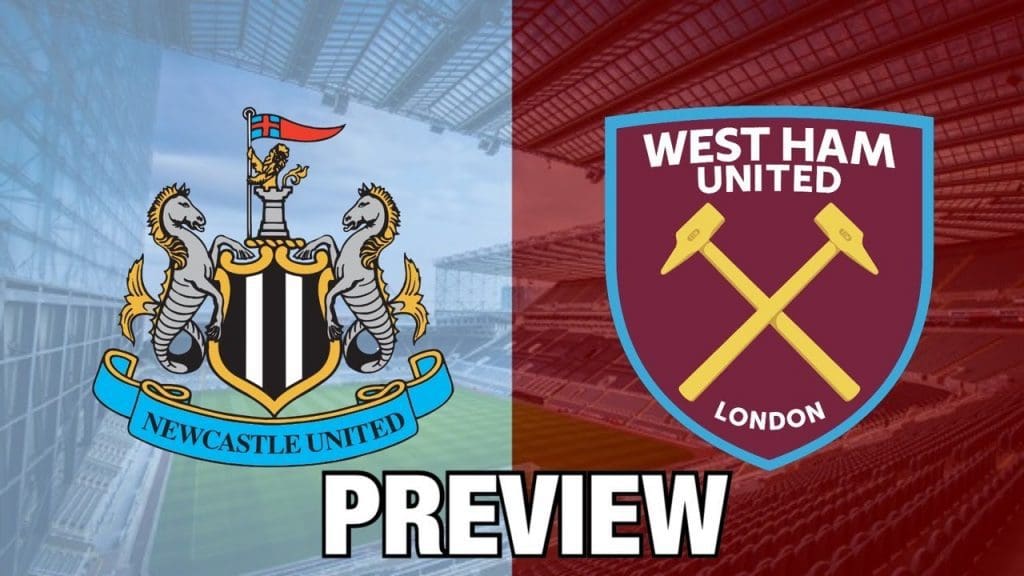 The Premier League season is now approaching its business end and the games are getting exciting as the race for top 4 and the relegation battle heats up and every team will be looking to achieve their objectives come to the end of the season. This weekend throws up a crucial game in both the top 4 and the relegation battle, as West Ham United makes the trip to Tyneside on Saturday to take on Newcastle United in a game that could have a deep impact on both the teams’ seasons.

Newcastle comes into the weekend’s fixture having beaten Burnley 2-1 away from home. That win opened up a 6-point gap between them and 18th placed Fulham. The Magpies also have a game in hand and Steve Bruce will be content with the conditions right now. Allan Saint-Maximin has hit form at the right moment, as he came off the bench and inspired Newcastle to a win over Burnley scoring one and assisting another. Newcastle have an unenvious run into the season’s end, with consecutive games against Liverpool, Arsenal, Leicester City and Man City to come.

Steve Bruce and Co. will be hoping to open up a bigger gap between them and the relegation places and will be looking to go all out for a win against West Ham.

West Ham United have been brilliant over the course of the season and fans will be over the moon with their league position right now. The Hammers put up an amazing display to go 3 goals up at halftime against Leicester City last week even with the absence of their main and only senior striker and will be hoping to continue to show their attacking prowess on Saturday. However, West Ham have had some defensive woes over the last few games and been unable to see put games. They have allowed the opposition to get back into the game and have been unable to kill games after taking a commanding lead.

On the other hand, Newcastle have made a comeback in the last 2 games, earning a point against the Spurs in the 2-2 draw and coming back from a goal down to win against Burnley last week. West Ham manager David Moyes will be wary of the threat the Magpies pose and is expected to make some defensive changes.

Newcastle have some defensive problems, with centre-backs Fabian Schar and Jamal Lascelles both ruled out with injuries. Midfielder Isaac Hayden and former Bournemouth winger Ryan Fraser are also set to miss out on a knee injury and a groin injury respectively.

West Ham were dealt a blow when star striker Michail Antonio was injured against Wolverhampton Wanderers two weeks ago and he is a massive doubt for this crucial game. English midfielder Declan Rice and Ukrainian Andriy Yarmolenko are unavailable for the game. Defender Angelo Ogbonna, first-choice left-back Aaron Cresswell, midfielder Mark Noble and Argentinian Manuel Lanzini are all doubts for the game, and manager David Moyes will have a big decision to make about the lineup.

The importance of this game cannot be stressed enough for both teams. West Ham are in the 4th place and are just a point off 3rd placed Leicester City. However, they have Chelsea right on their tails with just a one-point gap between them too and a slip up at this juncture could prove costly. Similarly, Newcastle themselves cannot afford to slip up and will be looking over their shoulders. But we feel that West Ham, even with their injury problems, will edge past Newcastle. Expect a strong attacking display from West Ham and Jesse Lingard will undoubtedly be the man to look for.