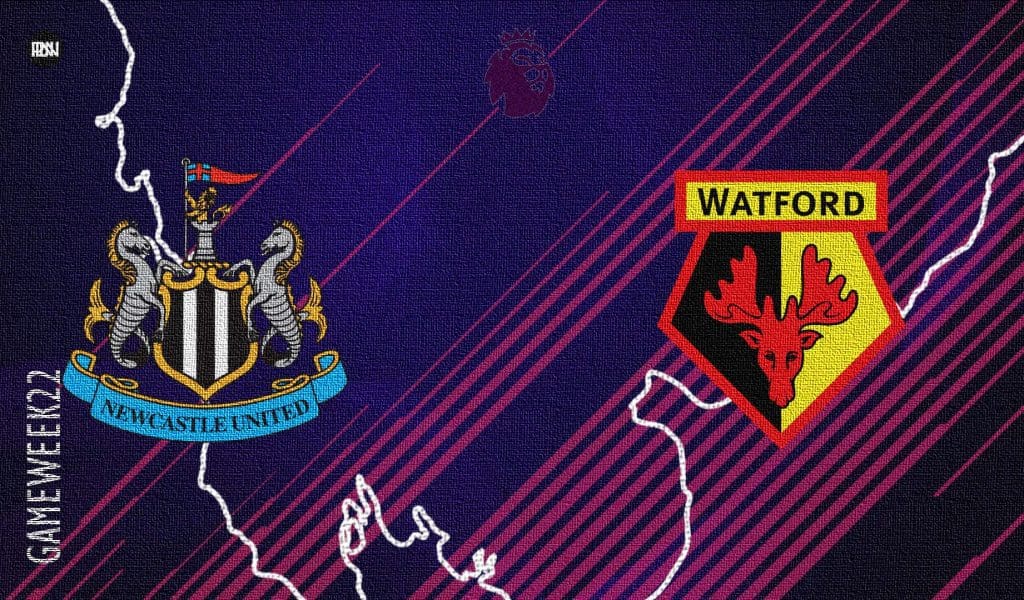 Newcastle United are set for Premier League action for the first time over the weekend since December 27, as they play host to Watford at the St James’ Park.

The Magpies held Manchester United to a 1-1 draw at home in the last league game. But an FA Cup loss to Cambridge United last weekend has raised concerns for Eddie Howe as the resume league action. Watford, on the other hand, since beating the Red Devils, has also failed to win or draw any of their last seven games – ending on the losing side on all occasions, the latest being a 4-1 loss to Leicester City in FA Cup.

Both teams have struggled largely this season, having to sack their managers in the early part of the season. While Watford has managed four wins in the top-flight since their return, they have also lost 13 times with just one draw.

Their results leave them two points above the relegation zone, where Newcastle currently find themselves. The Magpies have just one win all season in the league while recording eight draws and 10 losses.

While teams are struggling currently, there is still a long way to go until the last game of the Premier League season, and the two teams all could stand a chance of surviving.

Eddie Howe’s side has already done some bit of business in the winter transfer market with the arrival of Kieran Trippier and Chris Wood. The former Bournemouth manager has a tough job to do with Newcastle and hopeful against the Hornets, the serious business begins.

Newcastle may have made additions to their squad but Howe’s men are still yet to overcome their injury woes. Federico Fernandez, Isaac Hayden, Jamal Lewis, Matt Longstaff and Callum Wilson are all out with respective injuries and will miss the game against Watford. Trippier and Wood could make their league debut for Newcastle over the weekend.

Ciaran Clark is a huge doubt for the game as well.

Just like Newcastle, Claudio Ranieri also has a lot of players on the treatment table. Kwadwo Baah, Nicolas N’Koulou,  and Oghenekaro Etebo are all injured while Ismaila Sarr, Imran Louza, Adam Masina and William Troost-Ekong are on national team duties in the Africa Cup of Nations in Cameroon.

However, the coach can count on Emmanuel Dennis once again after the player returned to training earlier this week after an injury.

Newcastle United have done very little to push themselves up the league table. Howe’s side have a huge problem with their defends as they have conceded the second-most goals in the top-flight this season. Only Norwich City have conceded more than the Magpies and that is the problem Howe needs to solve.

In Watford, they play a side that have struggled a bit in front of a goal, scoring the third least goals in the competition (19). The return of Emmanuel Dennis should be a worry for the Magpies. The Nigeria international couldn’t join his national team for the AFCON and his stay with the team will be crucial to their chances on Saturday.

Both teams stand a chance and with a little rise in efficiency in front of the goal, Newcastle or Watford could carry the day.