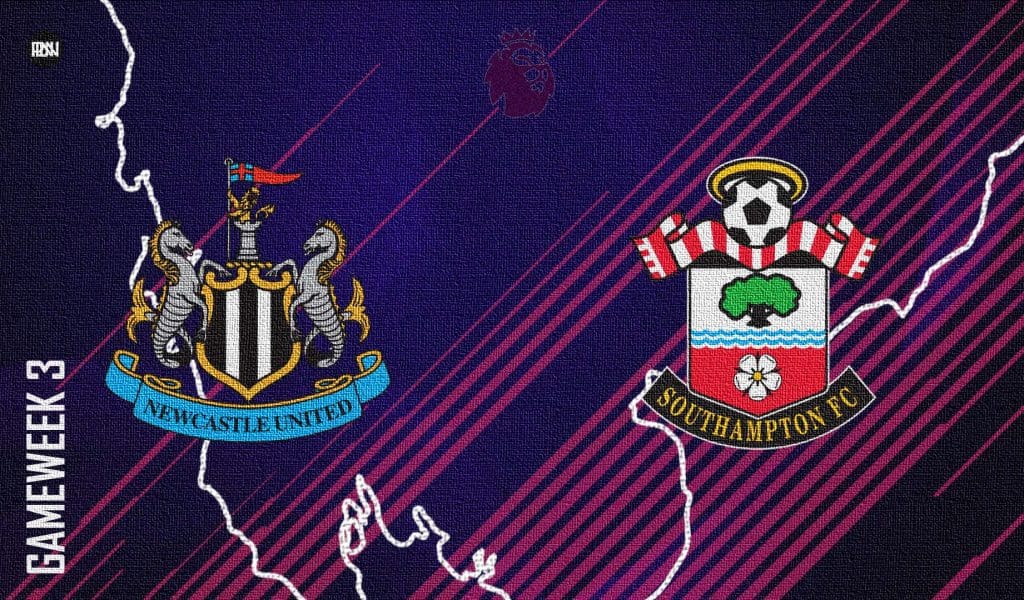 Newcastle United’s soaring feathers have been trimmed, they haven’t quite gotten off to the flying start that the rows full of Newcastle fans would’ve hoped for. Regardless, the Newcastle fans must be glad to be able to witness their team play in the flesh. The Magpies will be singing loud for their second home game of the season, hoping that this time things go better. A disappointing start to the season won’t dishearten the bellowing home fans who will welcome their team with open arms.

The traveling Southampton choir needs to be as loud as possible if they are to inspire their team to any sort of fruitful performance at St. James’ Park; a ground where Southampton haven’t had much success, winning just once in 16 trips. That isn’t to take away from the other results that Southampton have had this week, a hard-fought point against Manchester United was followed up with an 8-0 win in midweek against League 2 opposition Newport County in the preliminary rounds of the Carabao Cup.

This game could quickly turn sour for Newcastle if they let Southampton carry the momentum of their midweek win into the opening minutes of this encounter. But if Newcastle starts on the front foot and manages to utilize their attacking options to the fullest, it could be smooth sailing.

There are some goalkeeping crises for Newcastle with Martin Dubravka’s return to the first team has been compromised due to an infection in a wound on his foot. And deputy goalkeeper Karl Darlow is still recovering from Covid-19.

Jonjo Shelvey will be out for close to three weeks with another calf injury. Meanwhile, Isak Hayden and Paul Dummet are also a doubt.

Newcastle’s most notable signing Joe Willock should certainly return to the first XI after having impressed on loan last season, alongside Almiron, Wilson, and Saint-Maximin

Will Smallbone and Sam McQueen remain long-term absentees due to knee injuries, while Stuart Armstrong’s troubling calf could make him a doubt for this game.

This is a massive opportunity for Newcastle to get some points on the board. The two teams at least on paper look equally matched, so there is no better opportunity for Newcastle to get their season going because the next few fixtures could be a steep climb for the Black and White army. They face Manchester United, Leeds, Watford, Wolves, and then Tottenham in their next 5 fixtures.

Newcastle’s record against Southampton gives them reasons to be cheerful They have lost just once to Southampton in their last 5 encounters winning the other 4. They have also won more Premier League home games against Southampton(14) than any other opposition. It’s Newcastle’s recent home form that could be a cause for concern. The Magpies have managed just 1 win in their last 4 home games, keeping just 2 clean sheets in the previous 24 games at home.

This could be one of those games where there is a fast and electric start, but begins to slow down around the 30 min mark, and doesn’t pick up pace again until the Final 15 mins. If Southampton are to change their terrible record away to Newcastle they must not let the game slow down, Ralph Hasenhüttl and his men must maintain the pressure on the home side, pressing from the front and forcing errors from Newcastle’s midfielders and backline could end up being the most direct route to goal for the Saints.

Newcastle United finally have their man, the player that revived their season in the final gameweeks of last season while at loan will now be able to make a permanent impact on Newcastle United’s season. Willock scored 8 times last season, including the last-minute goal against Liverpool which helped Newcastle pick up vital points on route to survival last season.

He couldn’t feature in the first two games for the Magpies this season and his presence was clearly missed by the team, not having anyone to link up play, and no midfielders making that late run into the box to add an extra body have contributed to Newcastle’s poor start. Joe Willock would want to make the first start as a permanent Newcastle player a memorable one and will be one of Newcastle’s key players.

After the departure of top scorer Danny Ings to Aston Villa, the Saints have recruited Adam Armstrong on a permanent deal and Armando Broja on loan from Chelsea as cover in the striker position. While Armstrong has hit the ground running and has had a major impact on Southampton’s performances, they still have a striker that can be the difference-maker in Southampton’s season.

Che Adams hasn’t been quite as good as he would’ve hoped for, in all honesty, he must be feeling that he should have a lot more goals than he does. This is a pivotal season for him, with Danny Ings gone, Che Adams needs to step up if the Saints are to make any kind of improvement on last season. And it could all begin with the game on Saturday.