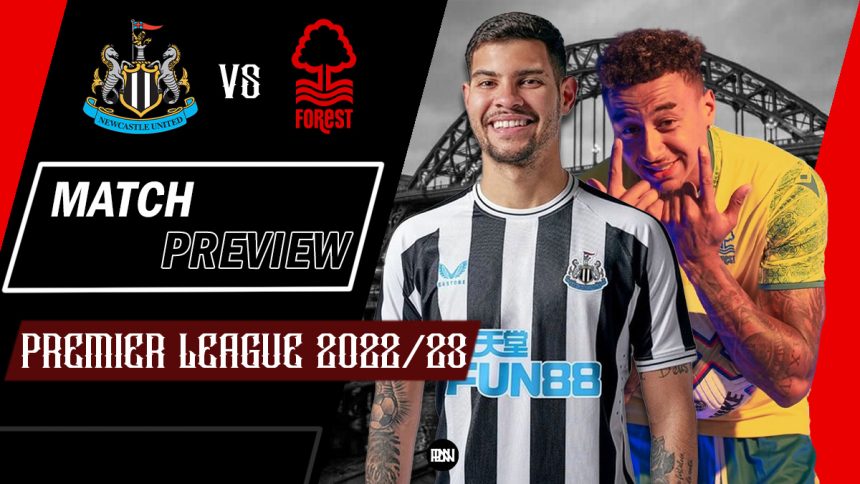 The weekend, Nottingham Forest ends their 23-year wait to return to the Premier League as they face Newcastle United away at St. James Park. Here’s everything you need to know before kick-off.

On Saturday a new era starts for both Nottingham Forest and Newcastle United. Newcastle begins their first full season under the ownership of the Saudi Arabian Public Investment Fund, with high aspirations of finishing in a European spot. After a 23-year absence, Forest are full of optimism following their return to the top-flight. With 11 signings having arrived at the City Ground this summer, Steve Cooper’s side will look to turn a few heads as they aim to cement their place in the Premier League.

Both sides will be wanting to start the new campaign with a win, aiming to prove to the rest of the league they can walk-the-walk, not just talk-the-talk. Now the richest club in the World, Eddie Howe’s side strengthened their squad over the summer – resigning Matt Targett on a permanent basis, adding Nick Pope from relegated Burnley and signing highly-rated centre-back Sven Botman from Lille. It’s not quite the lucrative window they had in January, but Newcastle are well on their way to building a squad that can compete at the right end of the table.

It’s been a different story on the banks of the Trent. With a squad core consisting mainly of loan players last season, Forest were forced to replace the likes of; Djed Spence, Keinan Davis, Philip Zinckernagel, and James Garner. It’s safe to say they did exactly that, welcoming 11 new faces this summer, with more rumoured to be on their way. There are some concerns around how long new players will take to gel, or live up to their price tag – but following their Wembley win in May, the Reds will be full of confidence going into the new season.

A trip up to the North-East and a 3 pm Kick-off at St James Park, it doesn’t get more Premier League than that. Simon Hooper will officiate the fixture and is a familiar face for Nottingham Forest fans, having taken charge of two of their Championship fixtures last season.

The hosts are without midfielder Jonjo Shelvey, who is side-lined until late August with a hamstring injury. He’s joined in the injury room by Javier Manquillo and Federico Fernandez, whose absence shouldn’t be too damaging to the first team.

Omar Richards is the only player ruled-out through injury for Nottingham Forest. The left-wingback arrived from Bayern Munich this summer, but a hairline fracture has him ruled out for the next couple of weeks. Harry Toffolo, who also signed for Forest this summer will step-up in his place to make his Premier League debut. Ryan Yates has missed much of pre-season through injury, it’s yet to be known if the Forest academy graduate will miss the opening fixture but it would be a surprise to see him in the starting line-up.

What can we expect from both teams?

Since Eddie Howe arrived on Tyneside, he’s imposed a clear change in Newcastle’s style of play. Traditionally a team who looked to sit back and hoof the ball long, Newcastle now look to build out from the back and move the ball out wide to their attacking players. Their midfield core has started to excel, and their range of passing is crucial to getting the ball forward, but most of their quality comes from the wings. The likes of Allan Saint-Maximin, Ryan Fraser and Kieran Tripper all posing significant attacking threats.

In midfield, they could sorely miss the presence of Jonjo Shelvey, whose long range of passing has been key to moving his team onto the front foot. The hosts should still dominate in the centre of the park, with the quality of Bruno Guimaraes, Joelinton and Joe Willock far exceeding that of Nottingham Forest’s midfield cohort.

Newcastle are going to turn up as favourites, they’re going to want to dominate the game and limit Forest’s attack as much as they can, which could play directly into their opponents hands. Assuming they will play with less possession, Forest’s ability to break and counter could suit them perfectly in their opening fixture. You’ll expect there to be a lot of situations where Scott Mckenna, Moussa Nikhate and Joe Worrall are required to win back possession, bring the ball out of defence and break the line with their forward passes – bypassing the Newcastle midfield to bring Taiwo Awoniyi, Brennan Johnson and Jesse Lingard into the game.

Forest are likely to field seven new signings on Saturday, which could have a big impact on the final result. Given their performances in pre-season, most arrivals look to have slotted in well, but this weekend will be their first test in a competitive environment – Steve Cooper will need all new signings to be on the same wavelength if he wants any chance of starting the season with three points.

Nottingham Forest have added a plethora of talent this summer and any one of them could step up to be a key player in this side – however, it’s hard to look past Jesse Lingard. At West Ham, Lingard was one of the important players in the Hammers’ attack. The Englishman often picked the ball up in midfield and drove forwards at the opposition defence creating goalscoring opportunities at will. In this Forest side it’s likely he’ll be a focal point once again playing behind the two strikers. That number 10 role was integral to Nottingham Forest’s system in the Championship and it will be again, but this time with the very impressive Lingard pulling the strings. You can read my full analysis of Jesse Lingard here.

For Newcastle United, midfielder Bruno Guimaraes is the man to keep your eye on. The midfielder joined the side in January and soon became one of their best players, climatising well to Howe’s midfield three. He’s great at winning back possession and moving his team onto the front foot. Surprisingly he’s also proven to be somewhat of a goal threat – scoring five goals in 17 league appearances. An honourable mention must be given to Joelinton who was a revelation last season, but it’s his fellow countryman who I’m tipping for a big game.

Whoever wins the midfield battle on Saturday could be the one to come out on top. Newcastle relies heavily on their midfielders to help progress forward and if they dominate Forest’s midfield pairing there could be an endless string of chances for Callum Wilson and co. However, if Lewis O’Brien, Ryan Yates, Orel Mangala, or whoever else Cooper selects for the deeper midfield two, can control the centre of the park then Newcastle might struggle to move the ball into the final third – giving the Reds opportunities to break. 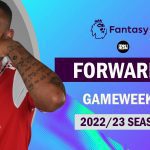 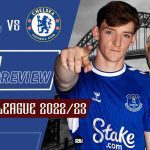