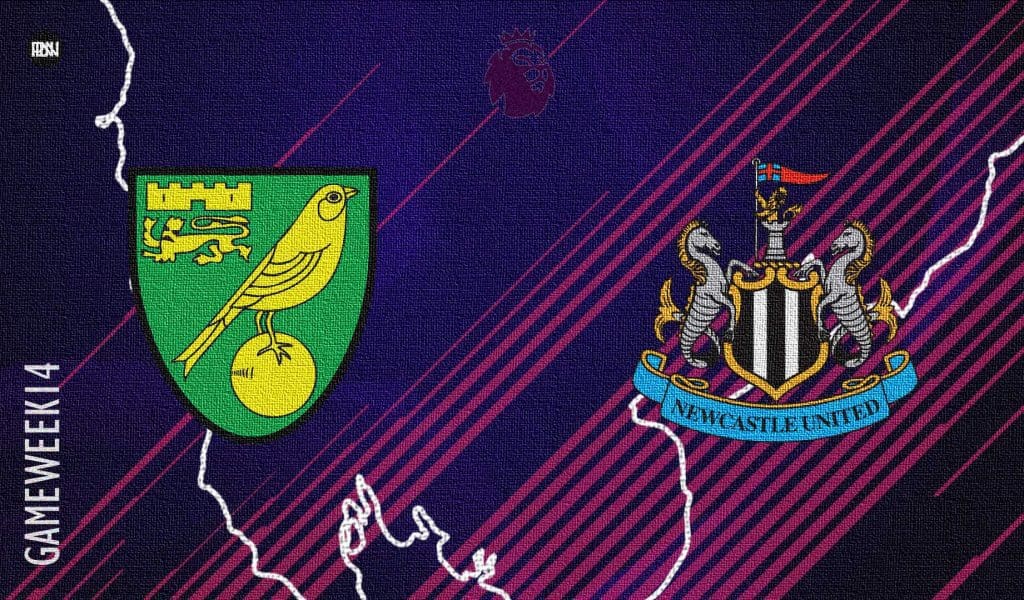 The busiest part of the season is fast approaching, and this is the time that we really see the clubs put their full squad depth to use. With the fixtures coming thick and fast, it brings even more excitement to the festive period. Gameweek 14 commences in the midweek, with a bottom-of-the-table battle between 20th placed Newcastle United and 19th placed Norwich City.

Newcastle United were predicted to be the relegation favorites at the start of the season as a result of the lack of investment done by the previous owner. The new owners have made a few changes, notably the firing of Steve Bruce and the appointment of the young Englishman Eddie Howe as the head coach. However, the Saudi Arabian-led consortium will have to wait till January to begin investing in the squad, with their takeover finishing just after the summer transfer window. January cannot arrive soon enough for the Magpies who sit bottom of the table and are the only team in the entire league to not have won a single game after 13 gameweeks. However, the arrival of Eddie Howe has seen some improvement in the playing style of the club, with Newcastle showing grit and determination in the 3-3 draw against Brentford, but were outplayed by a superior opposition in Arsenal last time out, which was Howe’s first actual game in charge of the club. The midweek fixture against Norwich City, who have themselves been improving, provides a chance for Newcastle to register their first win of the Premier League season, and haul themselves out of the bottom place, and within just three points of safety.

Norwich City have had a busy few weeks recently. What started with a win at Brentford at the start of the month to break their miserable winless run, was followed by the sacking of manager Daniel Farke, and the appointment of Dean Smith. The Englishman then guided the Canaries to another win against Southampton, and then a draw against Wolves last time out, as the sinking ship seems to be steadied for now. Dean Smith is unbeaten in his two games with the club and will hope to continue the form against Newcastle, in what is a winnable game for both teams.

Newcastle boss Eddie Howe will be without captain Jamal Lascelles and first-choice left-back Matt Ritchie, with the defensive duo serving a one-game suspension. In what will be a welcome news to the new manager, there are no players missing out with injuries, meaning that the Englishman has a fully fit squad to choose from ahead of the clash on Tuesday.

Norwich City have not been so lucky, losing midfielder Mathias Normann to injury on the weekend against Wolves. The manager has ruled him out for the trip to Newcastle, and it remains to see how long the Norwegian is expected to be sidelined. Turkish international Ozan Kabak has returned to full training, but it is unlikely he will be in contention to start. Christoph Zimmermann is expected to miss out with an ankle injury, along with Sam Byram who is still regaining full fitness.

AN OPEN GAME ON THE CARDS?

A relegation battle is always a fantastic watch, with three or more teams going at it till the end of the season, and the slightest margin of error could redefine a team’s entire season. This season, the relegation battle seems to close to call, with Newcastle, Norwich, Burnley, Leeds United, and Watford all set to scrap it out over the rest of the season.

The battle on our hands right now, however, is between Newcastle United and Norwich City. The Magpies are desperate for a win, with them being the only team in the top four divisions in English football yet to win a game. Eddie Howe rightly stated that the squad is lacking confidence, and good results breed confidence. If Newcastle could get three points on board against Norwich, it will give them a much-needed boost, and could help them in the long term in surviving for another season in the Premier League.

Norwich City’s win against Brentford marked the end of a 20-game winless run in the Premier League, in which they lost 18 and drew 2. The appointment of Dean Smith has marked a change in form and style of Norwich, and they have got the attacking guns firing again. However, there is still a lot of work to do for former Aston Villa manager, and in order to get the Canaries to safety, they need to be consistent.

With two teams newly rediscovering what they are capable of, it could be a very open match. It is a must-win game for both teams, and both teams will aim to get three points against an equal opposition. It all could lead to a free-flowing and open game, with both sides boasting some very talented attacking options. The likes of Pukki, Wilson, Rashica, Saint-Maximin, and others will be hoping to get some goals to boost their chances of survival this season. Both teams have weak defenses, which adds more fuel to the fire. Their attacking play has been much better than their defending, with the Magpies having the worst defense in the league, having conceded 29 goals, while the Canaries have the second-worst defense, conceding 27 goals. It all builds up towards what is set to be a wonderful watch for any neutral.

The shining light in a gloomy Newcastle squad, he is without a doubt, the best player in the Newcastle squad. His trickery and the devilish pace has been in full flow this season, and his quick feet have left defenders in bewilderment. He is fast and can dance his way past defenders, and is one of the best 1-on-1 players in the league. While he has not had a lot of support from his teammates on the pitch, he has single-handedly created opportunities and has put them away from himself. He was the star man on the pitch against Brentford in the 3-3 draw, scoring the last goal and giving the opposition a lot of scary moments with his runs.

Allan Saint-Maximin is very difficult to contain, and the Norwich City defense will have spent a lot of time trying to focus on how best to stop him. He has played the most minutes in the team, highlighting how important he is to the team, and he will be needed once again on Tuesday.

The Finnish striker is one of the most clinical finishers in the league and has proved that on many occasions now. In a team that has struggled to create chances and opportunities for him, Pukki has not quite shown his full potential but has taken whatever opportunities he can and as a result has been the Canaries’ first-choice striker for over 3 seasons now. He has scored in each of the two victories Norwich have had this season, and is their leading goal-scorer with 4 goals.

Teemu Pukki had an off evening in front of goal against Wolves, but his role in the build-up play was very crucial for the Canaries. His movements and runs were vital in creating chances, but he could not replicate his performance from Southampton, as Norwich played out a goalless draw at Carrow Road. He will be excited at the prospect of facing a weak defense and will hope to improve his goal tally on Tuesday night.