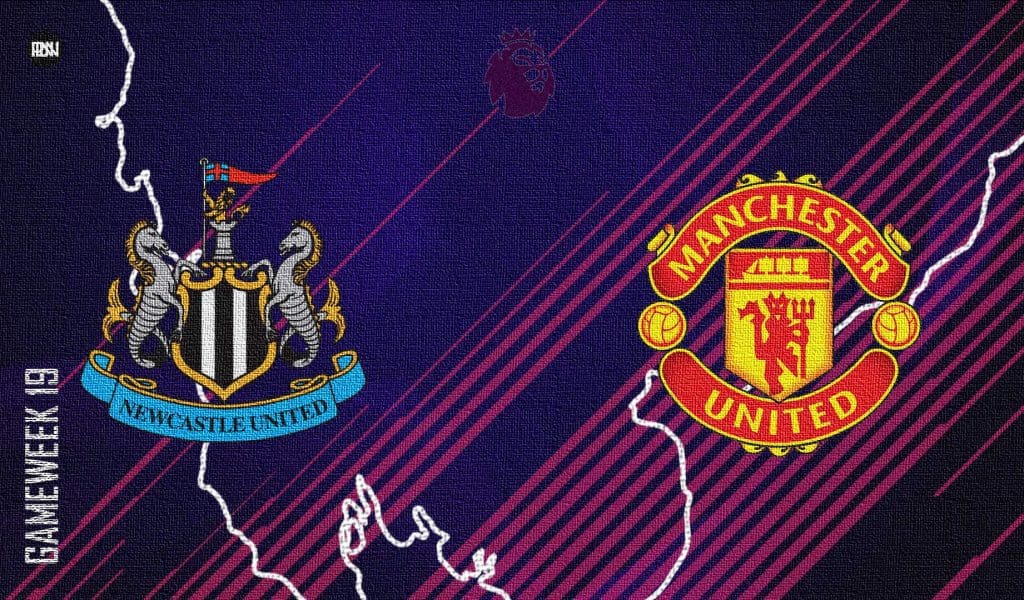 Newcastle United host Manchester United in the final fixture of a resounding gameweek 19 as both teams look to find a string of positive results given their respective ambitions over the remainder of the campaign. Heading on the back of a series of positive results, the visitors will be looking to improve their performances over the coming weeks. On the other hand, Eddie Howe’s Newcastle will be desperate to gain points as they prepare for a highly-anticipated January transfer window in their bid to avoid relegation at the end of the campaign.

Accounting to the worst defensive record – 41 goals conceded – in the ongoing league campaign, Newcastle have kept only one clean sheet in their last five games, having lost their previous three league ties heading into Monday’s game against the Red Devils. Moreover, with the pressure piling over the lack of positive results, the Magpies are likely to endure a difficult period, given their upcoming fixtures. With a refreshed Man. United team up-ahead, Newcastle will be hoping to cause an upset later this evening.

Savouring a six-game unbeaten run across all competitions, Ralf Rangnick’s Man. United will be keen on capitalizing on their favourable run of fixtures over the coming months. Having found themselves in the race for a top-four alongside several consistent teams, the Red Devils will be wary of any slip-ups as they prepare for a crucial set of ties over the coming weeks.

Having picked up his fifth yellow card of the campaign against Manchester City, Isaac Hayden remains suspended for the game against United on Monday. In addition, Federico Fernandez and Jamal Lewis remain sidelined with thigh injuries, Jonjo Shelvey is a doubt while Paul Dummett returned to training, but is yet to regain the fitness needed to be involved against the Red Devils.

The team, however, will be boosted by the potential returns of Javier Manquillo and Emile Krafth in the backline, with Sean Longstaff, too, expected to replace the suspended Hayden on Monday.

Except Paul Pogba, Rangnick has a fully fit squad at his disposal for the game against Newcastle. Having witnessed two postponements, the Red Devils are well rested and will be looking to display a relatively clinical performance on Monday.

Given the relentless run of fixtures, the manager will be looking to rotate the squad over the coming weeks. However, with the team in desperate need of maintaining their pursuit for top-four, Rangnick will be hoping to see well-rounded performances, starting against Newcastle on Monday.

Amongst the teams struggling to find themselves in a favourable position throughout the campaign, both managers will be hoping to inspire a promising performance on Monday. Heading on the back of a series of positive results the visitors will be keen on maintaining their rhythm while the home will look to cause a rippling upset in their bid to avoid losing further points over a busy set of fixtures.

Having taken only four points from their last five league games, Newcastle will be keen on causing an upset on Monday. Given their defensive frailties, the home side are likely to employ a counter-attacking approach whilst remaining rigid in defence; stifling the visitors attacking channels, and will look to set up for, at least, a draw on Monday. However, having been promising in the attacking third, the Magpies will favour troubling a promising yet unpredictable United backline later his evening.

Meanwhile, the visitors are likely to capitalize on the home side’s poor form heading into the fixture. A refreshing change in management has seen the Red Devils significantly improve on their defensive numbers, whilst being far more promising in the attack. With the team in need of gaining confidence ahead of a crucial few months, Rangnick is likely to stick with an attacking approach; looking to pressurize the opposition through the flanks whilst also setting up to retain the bulk of possession through the ninety minutes. Given the possibility of facing a low-block, the Red Devils will be keen on employing a patient yet unpredictable approach on Monday.

Having been amongst the team’s promising performers this season, the Frenchman emerges as a reliable threat up-front. Saint-Maximin has been heavily involved in Newcastle’s goals this season and his pace combined with his technical trickery will be vital to the Magpies efficiently executing their attacking tactics later this evening.

Provided Newcastle find themselves in promising areas across the attacking third, Saint-Maximin’s involvement will be vital to creating the requisite goal-scoring opportunities on Monday. With the team likely to remain compact without possession, the Frenchman’s threat on the counter will be critical to the home side potentially causing an upset against United.

Moreover, with the team in need of improving their midfield displays, Fred will be keen on executing his role diligently and avoiding potential hiccups over the coming weeks. With Newcastle expected to remain calculative in possession, Fred’s instincts will be vital to the visitors displaying a proactive approach later this evening.

Why are Arsenal fans demanding that they sign Lena Oberdorf?
Which teams in the EPL have had the highest scoring games this season?
To Top