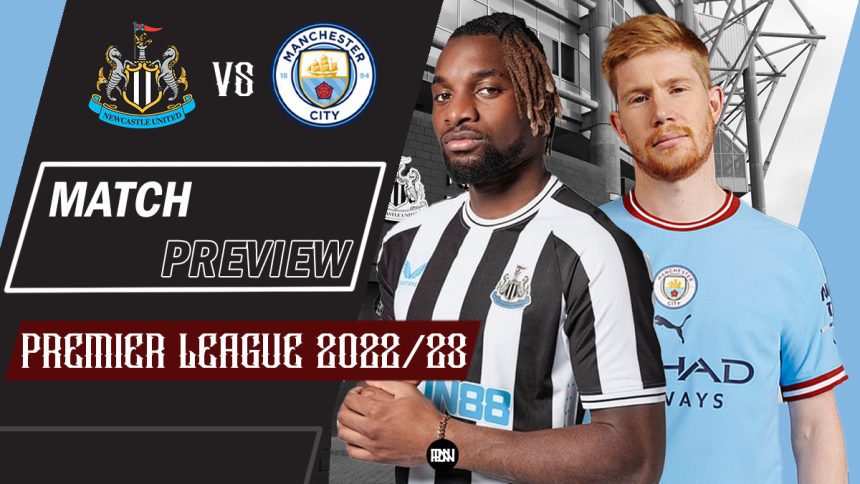 Premier League is back in action already with several clubs racking points consistently and few others finding their feet slowly but steadily, today we have Newcastle United taking on title holders Manchester City.

Since the takeover, Newcastle has had good business in the transfer market and have built a squad worthy of challenging the top seven spots. Currently, sitting 6th on the table with a game in hand. Eddie Howe’s men will look to earn at least a point from this game but, a win will be an added bonus that can take them to second place.

On the other hand, Pep Guardiola’s men are sitting 2nd with a game in hand. He will make sure that his team will continue the winning run and retain the top spot.

Newcastle had a handful of injury problems prior to this game. Longtime server, Jonjo Shelvey is a confirmed absentee. Matt Targett, Ryan Fraser, and Krafth are still doubts but, there’s hope that Fraser and Targett could make the squad.

Key midfielder Bruno Guimaraes and striker Callum Wilson are set to earn a consecutive start based on their consistent performances.

The inclusion of Joe Willock in midfield can be a good step for Eddie Howe as they’ll need his services to play against the intense Manchester City press.

Pep Guardiola declared his entire squad to be match fit. New signing Kalvin Phillips and academy graduate Cole Palmer’s return to fitness was confirmed by Guardiola hence, the duo the expected to make it into the squad. Spanish defender Aymeric Laporte is back at training but, he will miss the game as he has been training in Spain and seems to return when his club will be coming back from their game against Barca.

Kevin De Bruyne and Gundogan seem undroppable from the squad, everyone’s eyes will be on the centre-back spot as Nathan Ake has been impressive this season but, John Stones making his return last game has also earned a shout for a start.

The home team will love to make a dent in defending champion’s campaign but, this is still an uphill task for a squad as newly assembled as Newcastle’s.

Eddie Howe will likely prefer their usual approach with 4 defenders and a lone forward. Their midfield has been greatly gelled together and are providing much-needed cover to overlapping wingbacks.

The presence of Botman and Schar in the heart of defence makes sense for this game as their opponents love to attack from the wide areas of the pitch by launching crosses inside the box. Botman and Schar are a physical presence inside the box and will likely reduce the risk of conceding from Erling Haaland’s aerial threat. While Trippier can bring out a few tricks to stop Foden on the flank by using his rich bank of experience.

Midfield is a tricky part and most likely the interesting part of Newcastle’s gameplay. Eddie Howe preferred to go with three-man-midfield and kept Saint-Maximin and Almiron as traditional wide forwards. Although we may see one of the duo dropping deeper into the midfield than the other, making the shape look like 4-5-1 as this can expose a chance on counter-attacks against Manchester City.

Although this can be tricky from the left side due to the presence of Kyle Walker in City’s defense, Almiron and Willock’s link-up play along with Trippier’s late run can help Newcastle to pressurize Manchester City’s left side.

Newcastle will have to win the ball back and keep on creating chances because Manchester City is a team who won’t lose the ball back very easily. Hence major part of the Newcastle’s plan will be key to Guimaraes’ performance against Gundogan and Rodri.

The only team to have not conceded so far, Pep Guardiola will love it if things work according to his plans. There’s no other way than 4-3-3 to line Manchester City. It will be the usual build-up from the back philosophy that will be carried by the team. With center-backs moving a little wider in recent games and full-backs inverting for longer sessions, it seems Manchester City has found a way to be in a defensive position as soon as they lose the ball. Kyle Walker’s positioning along with Cancelo’s work rate plays a crucial part if Manchester City wishes to end the match with a clean sheet.

Gundogan has been in impressive form since the dawn of the league and the German is likely to continue being the starting name on the sheet as his official appointment as a captain will only boost his confidence to deliver for the team.

Erling Haaland will have to be more alert and vocal in this game as compared to his last outing. There’s a good chance Haaland will attract the attention of defenders inside the box hence, the Norwegian will have to display his clinical nature in front of the goal.

The Right Wing spot still seems up for grabs between Mahrez, Foden, and Alvarez but, as the things stand; Algerian wizard Riyadh Mahrez will likely act as the last point of contact for Manchester City on the right wing. His ability to stretch the pitch will pave way for Haaland and Gundogan to attack the box from the opposite side.

Newcastle are not afraid of displaying an attacking game but, their ability to be clinical in front of the goal is still questionable hence, Manchester City have a great chance to grab all the points from this game.

The Brazil-born midfielder has settled well since his move from Lyon. Becoming a key member of Howe’s plan Newcastle has improved their defensive record since the Brazilian’s arrival. He will be asked to carry out his routine work in this game as well. Guimaraes has a sense of space and position but, this time the threat is slightly bigger as Rodri, Gundogan and De Bruyne will keep on teasing him through intense pressing. Bruno is a good carrier of the ball hence, his manager will expect him to resist Manchester City’s press and spray decent enough passes that will help his wingers to jump into counter-attacking positions.

Bruno Guimaraes will have a busy day at work as he will have to be active defensively. Winning duels, and tackles will be a key part of his game today. Likely to play close to his center backs, Guimaraes will still have to work hard as Manchester City will be attacking in a variety of patterns for an entirety of 90 minutes.

The best player in the league currently, the Balon D’or nominee may not have a walk in the park tomorrow but, the Belgian maestro loves to play against Newcastle outfit. Newcastle are observed to leave more space between the midfield three, an area De Bruyne is an expert to create chances from. De Bruyne has the ability to turn the game around for his club and can be a key player for Guardiola in almost any setup. Foden earns a fair shout to be a deciding factor in today’s game but, the Belgian’s work rate, chance creation, and on-ball stats just place him as the most important player in Manchester City’s XI.

Former Chelsea midfielder will likely speed the tempo of his team and will look to finish the session in quick passes to Haaland allowing the Norweigian fair enough space to make runs and score. With 2 assists in 2 appearances, Kevin De Bruyne will be eager to add a couple more under his tally. 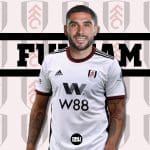 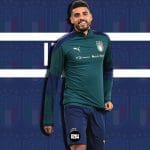