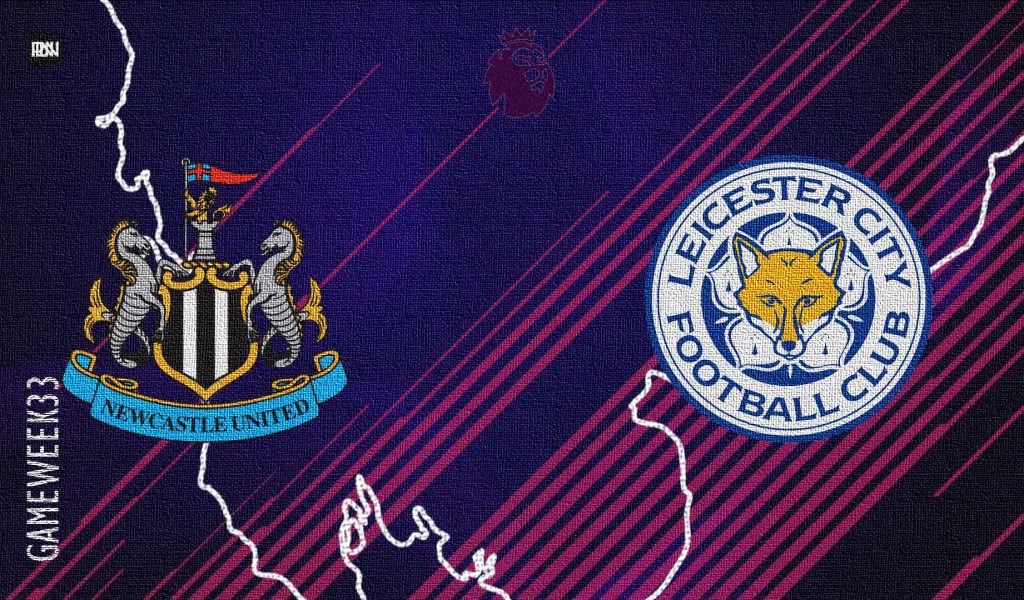 Newcastle United welcome Leicester City to the St. James’ Park on Easter Sunday, as Premier League fans and fanatics gather for a festive clash in Tyneside.

Since their successful takeover by the Saudi Arabia Public Investment Fund, Newcastle United have looked like a different outfit from the one that started the season. The new era for the Magpies became six months old last week, as an encouraging start and a very good January transfer window has seen them climb outside of the relegation zone and are now 10 points clear of 18th placed Burnley. Newcastle fans will be looking eagerly towards the new season with the owners promising a blockbuster summer transfer window.

Eddie Howe has overseen a change in fortunes and form for the Magpies, and he will be hoping to take them as far up the table as he can this season. They put in a strong shift last weekend against Wolves, winning 1-0 and keeping their 5th clean-sheet of the season.  Newcastle United currently sit in 15th, 3 points behind 10th placed Crystal Palace, and will be hoping to put some pressure on Palace by getting another win this weekend.

Leicester City have not had the best of seasons, failing to match the heights they reached in the previous two seasons. The 19/20 and 20/21 seasons ended with two consecutive top 5 finishes, but will have to settle for a mid-table finish this season. Luck has not always been on their side, with Brendan Rodger’s squad hit with injuries consistently throughout the season. They have not been able to string a run of positive results this season, and the end of the season cannot come sooner for Leicester fans.

Leicester are almost certainly out of any European spot this season, with the Foxes also failing to get anything out of their Europa League campaign and were relegated from the competition to the Europa Conference League. They were drawn to play against PSV in the quarter-finals, and were successful in the second leg, winning 2-1 away from home after a goalless draw at home in the first leg. That win meant that the Foxes are unbeaten in all competitions since losing to Arsenal in the league on March 13th, and their form will provide a boost for them on Sunday. Now they turn their attention to the league again, with a clash against Newcastle United their second in four days.

Newcastle United will be without full-backs Kieran Trippier and Jamal Lewis, striker Callum Wilson and midfielder Isaac Hayden who are all long-term absentees. Joe Willock is suffering from a knee injury and is unlikely to feature against Leicester City. There is another blow for the Magpies, with attacker Ryan Fraser suffering a knock in the win against Wolverhampton Wanderers and had to be substituted early.  He is a huge doubt for Sunday, and is not expected to start.

Leicester City will have defender Ryan Bertrand missing through injury, along with goalkeeper Danny Ward who has undergone knee surgery. 35-year-old striker Jamie Vardy is also ruled out for Sunday’s game, but is likely to make his return soon. Defensive midfielder Wilfried Ndidi has also been missing from action since mid-March and is not expected to play again this season. Rotation could be a heavy feature on Sunday, with Leicester returning from a gruelling trip to the Netherlands, and Rodgers will have to take the fatigue of his players into account.

Newcastle United were expected to be relegated prior to the takeover, with their poor style of play under then manager Steve Bruce. However, since the takeover and Eddie Howe’s arrival, Newcastle have not only changed their style of play, but Howe has also improved a few players in his time here. While the Magpies usually played with a 3-5-2 formation under Bruce, Howe has changed that radically with an attacking 4-3-3 formation.

A masterstroke by the new manager was playing Joelinton in a midfield position, to which the Brazilian has adapted very well. He has put in some very good displays from his midfield position, and that has improved Newcastle’s performances as a team. Howe insists on developing a possession-based style of play, something that was rarely seen in Bruce’s tenure. They build out from the back and progress up the pitch, stringing passes along which was gladly welcomed by Newcastle fans.

Just like Howe, Brendan Rodgers is also a great proponent of possession style of play. It was seen in great quantities in his Liverpool team and the 20/21 Leicester City team. However, with injuries and unavailability of players playing a big part, Rodgers has had to adapt his playing style accordingly. He has at times given up control of the ball to defend deep, and that has really hurt the Foxes. Unlike Howe, Rodgers prefers a 4-2-3-1 formation, with James Maddison as the number 10- a role where he has flourished- and Kelechi Iheanacho as the sole number 9, making the runs in behind the opposition defence.

On Sunday, these two teams meet again, with their previous meeting at the King Power Stadium going Leicester’s way, who thumped the Magpies 4-0. However, Newcastle have vastly improved since that fateful day, in terms of squad quality as well as playing style, and it will be a very interesting clash to witness. Both teams have shown a penchant for playing with possession, which will make for a very tough midfield battle. The Foxes are still missing Wilfried Ndidi who is a very important figure in their midfield, and it could well give Newcastle United the advantage.

Following Tripper’s injury, the side’s creative plays are now heavily dependent on French winger Allan Saint-Maximin. The team’s primary ball carrier, Saint-Maximin ranks in the 98th percentile for progressive carries and dribbles completed in Europe’s top five leagues and creates 4 shots creating actions per match. He had a very lively outing in their win against Wolves, playing a crucial part in breaking their 3 game losing streak. Against Leicester City, Saint-Maximin will again be the danger-man for the Magpies, and he will create problems for Luke Thomas, the Leicester left-back. With 5 goals and 3 assists so far, he is their second-best goalscorer and joint top in assists provided, and will be looking to improve on that record come Sunday.

The young English midfielder is a product of the Leicester City Academy, making his debut in January of 2020. He made only one appearance, subsequently going on loan for the next 18 months. However, a series of injuries in the Leicester squad saw the 23-year-old make his Premier League debut this season on 28th August 2021, and since then has been a regular feature in the starting 11. He has put in some strong performances of late, and has become a reliable choice for Brendan Rodgers. With a goal and assist in last weekend’s win against Crystal Palace, Drewsbury-Hall has all the makings of a future star, and will be expected to line up in the Leicester midfield again on Sunday.