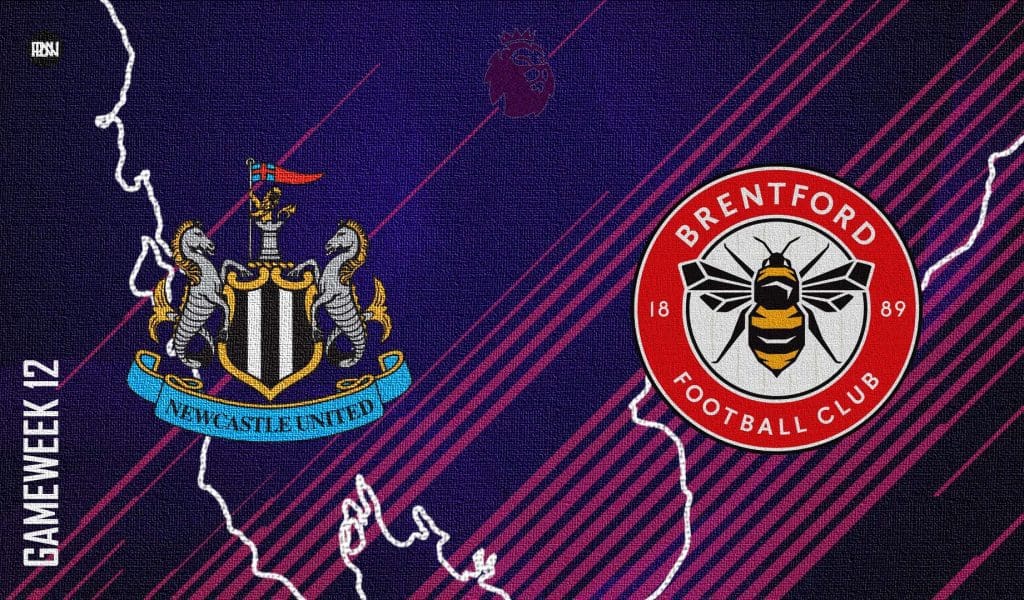 Eddie Howe and Newcastle United prepare to battle against the newly promoted Brentford at St. James’ Park. The Magpies finally sacked Steve Bruce after the much-awaited takeover and will look to start strongly in the Eddie Howe era. Things finally seem to have been going their way with the takeover, but now they are desperate to climb above the relegation zone.

Brentford are struggling for form in the recent weeks as injuries have hit the Bees and it was demonstrated in their defeat against Norwich. They are winless in the last four games. Thomas Frank’s side will look to bounce back and regain their early season form against the winless Magpies.

Paul Dummett might be the only absentee in Eddie Howe’s first game in charge. Former Bournemouth fan favourite – Ryan Fraser pulled out of the Scotland squad due to a calf issue but should be fit ahead of Saturday’s kick-off against Brentford. Howe is likely to revert to a back four should everyone be fit with Callum Wilson set to lead the line.

Meanwhile, Brentford have a host of injury problems. David Raya is a long-term absentee due to a knee injury he sustained against Leicester City. Alvaro Fernandez will continue to deputise for Raya. The Bees’ record signing Kristoffer Ajer is facing a few more weeks on the sidelines due to a calf injury. Zanka lasted only 12 minutes against Norwich City before being taken off due to a muscle injury while Mathias Jensen has returned a positive COVID test. Mads Sorenson and Shandon Baptiste also remain on the sidelines but Yoane Wissa has a slim chance of return against the Magpies.

WILL THE EDDIE HOWE ERA START WITH A BANG?

Eddie Howe promises an attacking brand of football but the problem with this Newcastle team lies in the defence. They have conceded 24 goals in 11 games, an average of 2.18 per game. The Magpies’ previous boss – Steve Bruce preferred a back five and it will be interesting to see whether Howe chooses to continue with it or reverts to a back four. He will be boosted by having familiar faces in the squad in Matt Ritchie, Callum Wilson, and Ryan Fraser and will depend on them to quickly assert his style of play into this Newcastle United team.

The former Bournemouth manager will depend on Callum Wilson and Allan Saint-Maximin to deliver the goods upfront. The two have a very good understanding and Howe will look to utilise them as he did with King and Wilson at Bournemouth. Jamaal Lascelles, the club captain will look to utilise his leadership skills and organise the leaky defence.

The wheels appear to be falling off for Brentford after an excellent start to the Premier League. They have lost four consecutive games with the likes of Ivan Toney misfiring. Although Brentford are victims of a long injury list they have been far from convincing both defensively and attacking-wise in the last month. Mbuemo is set to partner Toney upfront who will look to score against his former club.

Wilson’s familiarity with Eddie Howe will serve as a very important factor for Newcastle to survive the drop. When fit he is one of the consistent strikers in the league who thrives off limited chances. Howe should bring in a settled system which will help in more chance creation for Wilson. Even with Newcastle struggling Wilson has scored 16 goals since the start of last season. Ryan Fraser will also look to supply Wilson with the duo combining for 12 Premier League goals for Bournemouth in 2018/19. If Howe can bring attacking football with defensive stability then Callum Wilson will benefit from it.

Ivan Toney is one of the key players of Thomas Frank’s Brentford. His partnership with Mbuemo has been nothing short of brilliant so far and the Bees rely on his goals. He scored 32 and assisted 10 in the Championship last season but is hoping to break his goal-scoring duck. Even though he hasn’t scored for some time, he has been a thorn to the opposition defenders often dropping deep to hold up the ball and bring others into play. He will have extra motivation against his former club and will look to silence the Newcastle faithful.