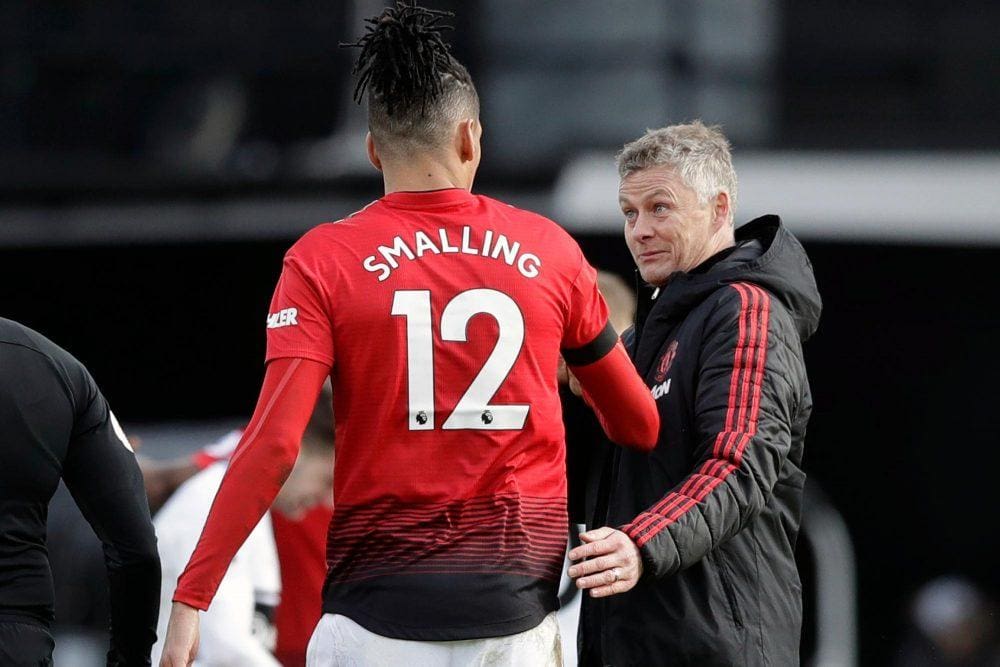 The Englishman became surplus to requirement last summer, especially after Harry Maguire was signed from Leicester City, in a record fee for a defender. Maguire’s arrival led to Chris Smalling’s departure to AS Roma, on a season-long loan deal.

During Smalling loan spell at Roma last season, he amassed 30 Serie A appearances with 29 starts. He directly contributed to five goals across the league matches.

After his successful loan spell, the central defender returned to Old Trafford after both parties failed to reach an agreement for a permanent deal.

Ole Gunnar Solskjaer previously hinted that Smalling could stay at the club ahead of next season, admitting he could be “valuable” on the long run.

“I think Chris has shown over his Manchester United career how valuable he is at Manchester United,” Solskjaer said. “This season was about him being a regular and going to Roma and showing how good a centre-back he is, I wanted to give Harry [Maguire], Victor Lindelof] and maybe Axel [Tuanzebe] a chance. It was best for him to go and play for a year in Roma and he has shown he will be valuable, I’ve been speaking to Chris throughout. I’ve been delighted with his season.”

With two years remaining on his contract and a wonderful loan spell, Smalling has now been made available for transfer by United who are keen on cashing in on the ageing defender and the centre-back is now reportedly topping Steve Bruce’s wishlist.

Bruce had recently stated his plan to add some quality homegrown players to his team amid a potential takeover still likely to take place.

The Magpies have been linked with Ryan Sessegnon but a move for Smalling looks to be the club’s priority signing regardless of the outcome of their supposedly takeover. This will undoubtedly be a huge boost to the Magpies if it eventually materialise this summer.