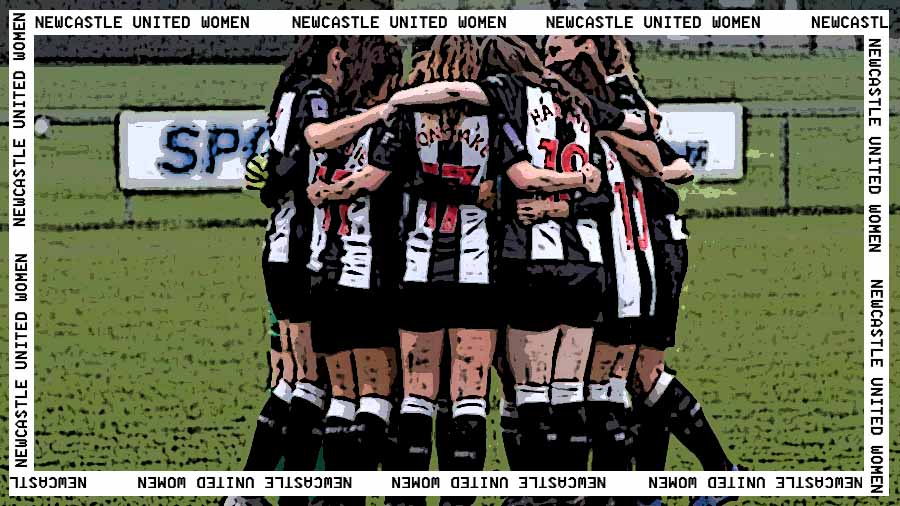 Everybody knows that Newcastle United was the beneficiary of a takeover, with the Public Investment Fund taking the reins of the club from Mike Ashley. That takeover made Newcastle United the club with the richest owners in the world, and understandably, many fans of the men’s side are expecting some statement signings in January and next summer. However, something which hasn’t really been explored is the implications that this would have for the women’s side.

Newcastle United Women’s team is one of the worst out of all the Premier League teams, with only Norwich on the same level as them (tier 4) and Brentford the only ones who are worse (tier 5). With every single team in the Premier League having a women’s side, clubs with low-ranking women’s sides are starting to get some stick. The team was founded in 1989, however, did not become affiliated with the men’s side until 2016.

However, despite the team playing in the FAWNL Division One North, Amanda Staveley has promised to make a women’s team that Newcastle fans can be proud of. In a press conference, she said, “We are wholeheartedly committed to women’s and girls football. The foundation currently supports Newcastle women’s team and we are committed to helping the women’s team develop and grow”. But, some aren’t convinced, many due to the PIF’s shady image.

Many people, especially fans of women’s football, are worried about the involvement of Saudi Arabia’s Crown Prince Mohammad Bin Salman Al Saud, especially because of Saudi Arabia’s record on human rights, and are convinced that this is sportswashing. In case you are unaware, sportswashing is when people use a sport to improve their reputation, through hosting a sporting event, buying sponsorships of sporting teams, or by participation in the sport itself. Many have accused the likes of the UAE and Qatar of doing this, through Man City and PSG respectively.

And sure, many have and will say, ‘Oh well, it’s not Saudi Arabia owning it, it’s the PIF’ and that’s true. But the fact that the PIF are involved in Saudi Arabia’s dealings says a lot about the deal. I’m not here to offend Newcastle fans, that’s not my job (it’s Twitter’s), but I felt like before I started this article I just wanted to make sure that you were aware of the accusations and what people think of the PIF, Saudi Arabia, Newcastle United WFC and the Newcastle United takeover in general. If you feel like you’re still confused or want more information, I recommend watching Alfie Potts Harmer’s HITC Sevens video titled ‘The Truth About Newcastle United’s New Owners’, and come back to this article later. Anyway, without further ado, let me talk in-depth about how this takeover affects Newcastle.

Newcastle United may not be pioneers of women’s football, but the team they took over weren’t newbies, to say the least. The team was founded only 1 year after current WSL side Manchester City, 2 years after the most successful women’s team in England; namely Arsenal, and 3 years before current WSL title winners Chelsea. The club has 15 trophies and was in the second tier of English football as recently as 2010. However, the club are sitting on the round end of the FAWNL Division 1 South, the fourth tier of English football. So, what happened?

Firstly, Newcastle United finished outside the second-tier relegation zone in 2009-10, but were starting the 2011-12 season in the fourth tier. ‘How?’ I hear you ask. Well, the double relegation is due to the restructuring of domestic women’s football in the season in between.

The WSL was created as a top tier, which made every below league drop down a division. This means that Newcastle had dropped to the third tier, through no fault of their own. However, the second relegation, as they finished 9th, put them into the relegation zone. This was actually only 1 place below where they’d finished last year, but due to the league being shortened, it was enough to send the Magpies down.

After Manchester United recreated their women’s team in 2018, many were shocked that they were allowed instant entry into the Championship, with some saying they should have to start at the bottom as punishment for their exit in 2005. However, United stormed the league, only losing 1 game and scoring 98 goals in 20 games, with things such as an opening day 12-0 win against now WSL outfit Aston Villa making headlines. This success for the Red Devils has made people think that Newcastle could attempt something similar, especially if the Toons don’t get promoted this season. However, Newcastle United’s men’s account has started to cross-promote the women’s account, so maybe it is just speculation.

But the most important thing to many Magpies fans will want to keep the team, but most importantly, they’ll want a team that they can be proud of in the future, and also for spending to not just be limited to the men’s side of the club. And that’s what it can become with the right planning. A club. In all of Mike Ashley’s fourteen years at Newcastle United, there was barely any hope, but that’s all changing.

Will Liverpool learn from their past mistakes vs Atletico Madrid? | UEFA Champions League 2021/22
WSL Academy League: Change is vital to avoid a plateau for the domestic game
To Top