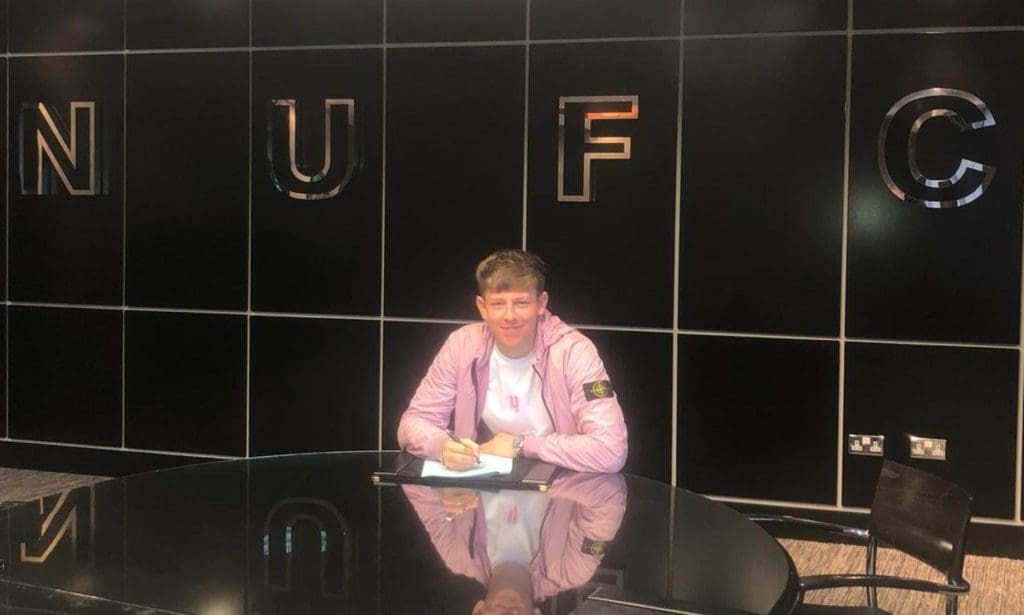 Newcastle United have signed Jay Turner-Cooke on a three-year contract which will keep him at the club till 2023.

The 17-year-old attacking midfielder is the son of former Sunderland and Gateshead star John Cooke and joins the club’s Academy from Newcastle’s North-East rivals, Sunderland. Turner-Cooke has played 11 times for the Black Cats Under-18s and once for the Under-23s in Premier League 2.

“Proud moment signing a professional contract for Newcastle United. Hard work Continues. Thank you to the players and staff at Sunderland for the last seven years, good luck for the future.”

Steve Bruce has welcomed the new boy to St James’ and hopes he will be as good as Newcastle youngster Elliot Anderson, who made his first-team debut against Arsenal in the FA Cup.

This is what Bruce said when asked about Jay Turner-Cooke.

“The more good players we’ve got throughout the club the better. We’ve seen him at the Academy so we’ve brought him in. If he’s as good as the young kid we’ve seen Elliot Anderson, we hope to be successful with it.”

I think Steve Bruce is hugely impressed by Anderson’s cameo against Arsenal and will involve the youngster more in the first-team matches. Jay Turner-Cooke is brought to fill the void in the academy due to the involvement of Elliott Anderson in the first-team setup.

Jay Turner-Cooke caused a bit of controversy last month when he blasted Sunderland club officials for coldly sacking his father (who served 35 years to the club initially as a player then groundsmen) without any public acknowledgment. He expressed his anger by a tweet which was later deleted.

“35 years at the club and no acknowledgment even though he was made redundant 2 months ago. COWARDS. No class, no loyalty, no respect. Hang your heads in shame Sunderland AFC. You know who you are.”

Anyways, he will join the Academy setup and will hope to improve under the tutelage of coaches such as Chris Hogg and Peter Ramage.