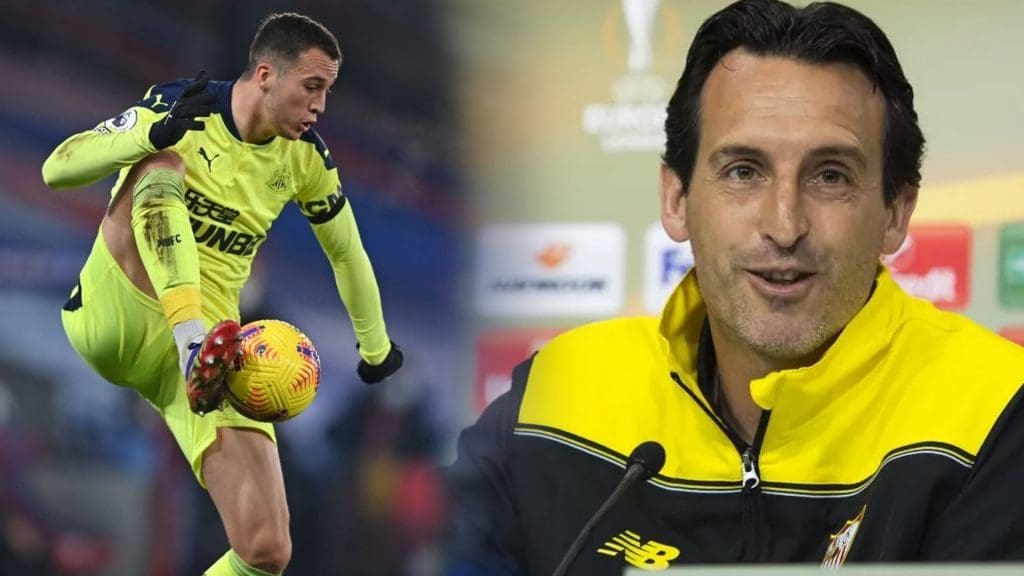 Newcastle United full-back Javier Manquillo has emerged on a two-player shortlist for La Liga side Villarreal this month as they look to solve their issues at the right-back position owing to their recent loss of Mario Gasper to long-term injury.

These rumors popped up following the Arsenal fixture where Manquillo was benched for Emil Krafth (although he had a pathetic display the other night). According to El Periodicio, the Spanish outfit is looking for a loan move, without ruling out an option for a permanent one in the summer.

The 26-year-old committed his long-term future to the Magpies just last summer when he put pen to paper on a new deal worth around £35k-per-week which would keep him at the St. James Park till 2024. However, the Spaniard has seen his game-time limited so far this season, having made just five starts in the Premier League, the last of which came in the win at Crystal Palace at the end of November. Although Covid Outbreak and injury played their role.

Ex-Arsenal boss Unai Emery is thought to want the additional cover to compete with Alfonso Pedraza. Supposedly Manquillo’s profile is appreciated by Emery and his crew, and the Spaniard’s versatility is something that’d come in handy. Also, he fits the bill, won’t have any reservations about adapting to Spanish football, and help them in their Top 4 push in La-Liga.

Manquillo is a solid and intelligent full-back. He is quick and is known for his recovery speed when tracking back the opposition winger, His positional awareness and concentration are the things often praised by the fans. He is also not easy to get past in one-on-one situations. Javier Manquillo offers less going forward but he has that injection of pace and on his day can be an excellent outlet out on the right side of the pitch. He is also a very good tackler with his 2.2 tackles per game highest among the Newcastle squad.

The Villarreal deal could be an excellent proposition for Manquillo with them competing for Champions League places and he also knows someday he would go back to his home country.

For the Magpies, this move can only give rise to more problems with Yedlin’s contract up in summer and Krafth’s been linked to Turkish outfit Istanbul Baseksehir. This will only make our backline more uncertain and short at the full-back position. Manquillo is the only decent player in an average lot of fullbacks in our squad.

I think it would be silly to let him go, even if we bring a quality right-back this January. There’s a good chance Newcastle might bring one in before the transfer window ends. According to Keith Downie (Newcastle journalist), The Magpies are looking at possible loan moves for Brandon Williams and Hamza Choudhary.

Transfer Analysis: Morgan Sanson to Aston Villa
Should Spurs move on from Lucas Moura?
To Top