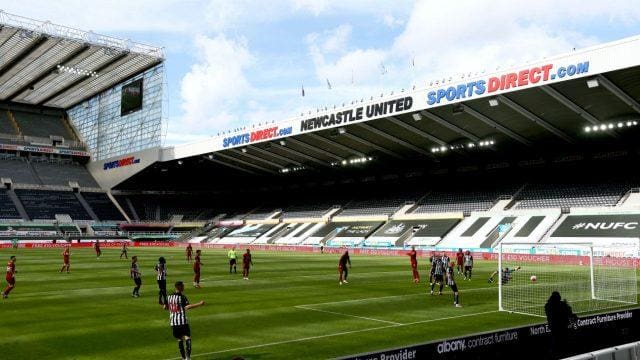 Newcastle United’s proposed takeover by Saudi Arabian consortium has abruptly collapsed. This was announced today that the Investment Group have decided to end their interest in the takeover, citing the uncertainty and unrest caused by the coronavirus pandemic.

A statement through Sky Sports stats that: “With a deep appreciation for the Newcastle community and the significance of its football club, we have come to the decision to withdraw our interest in acquiring Newcastle United Football Club.

“We do so with regret, as we were excited and fully committed to invest in the great city of Newcastle and believe we could have returned the club to the position of its history, tradition and fans’ merit.

“Unfortunately, the prolonged process under the current circumstances coupled with global uncertainty has rendered the potential investment no longer commercially viable. To that end, we feel a responsibility to the fans to explain the lack of alternatives from an investment perspective.

“As an autonomous and purely commercial investor, our focus was on building long-term value for the club, its fans and the community as we remained committed to collaboration, practicality and proactivity through a difficult period of global uncertainty and significant challenges for the fans and the club.

“Ultimately, during the unforeseeably prolonged process, the commercial agreement between the Investment Group and the club’s owners expired and our investment thesis could not be sustained, particularly with no clarity as to the circumstances under which the next season will start and the new norms that will arise for matches, training and other activities.”

The statement from the Investment Group added: “As often occurs with proposed investments in uncertain periods, time itself became an enemy of the transaction, particularly during this difficult phase marked by the many real challenges facing us all from Covid-19.

“We feel great compassion for the Newcastle United fans, with whom we shared a great commitment to help Newcastle United harness its tremendous potential and build upon its impressive and historic legacy while working closely with the local community.

“We would like to say that we truly appreciated your incredible expressions of support and your patience throughout this process. We are sorry it is not to be. We wish the team and everyone associated with it much good luck and success.”

No doubt that this decision will come as a huge disappointment to Newcastle fans, who are already hoping the proposed takeover will lead to significant investment especially in the transfer market.

Newcastle finished this campaign in 13th position but the news of the takeover breakdown will now be another sad story for the Magpies fans.

How many fans will each club be allowed to have in stadiums?

Caoimhin Kelleher – Another start, after a good show? | Premier League 2020/21

How can Spurs lineup against Chelsea? | Premier League 2020/21

What is set for Olivier Giroud’s future?

What can Burnley expect from Richard Nartey?

How many fans will each club be allowed to have in stadiums?

Will there be a takeover at Burnley?

Kido Taylor-Hart: The next big thing out of Hale End Academy