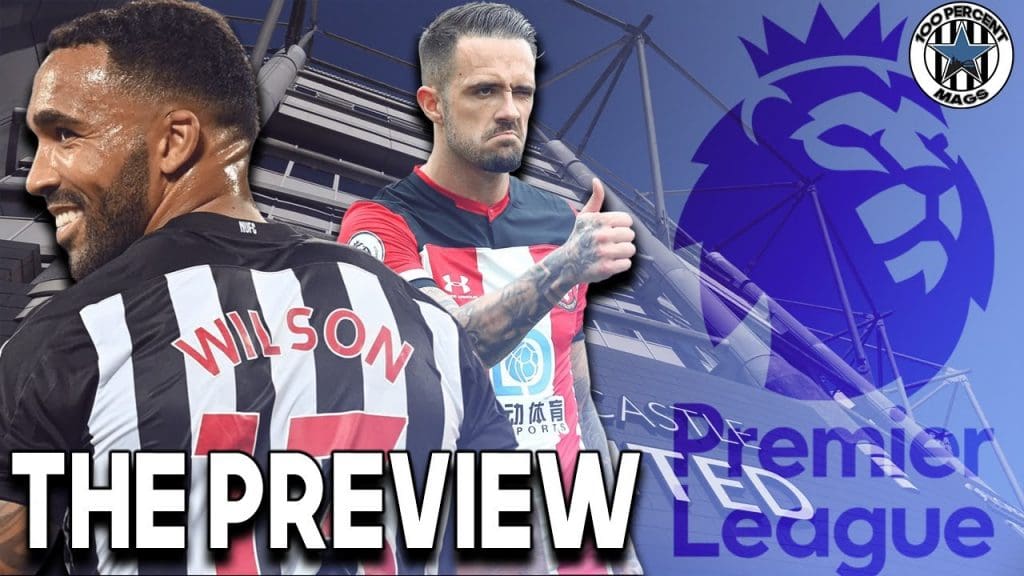 Southampton will look to put their 9-0 humiliation at the hands of Manchester United swiftly behind them when they make the long trip up to St James’ Park to face Newcastle United on Saturday.

For the second time in as many seasons, the Saints have found themselves on the wrong end of the Premier League’s biggest-ever scoreline, but this weekend they take on a Newcastle side who are in even worse form with only 1 win in 13 matches in all competitions.

Although the performances have been on the up lately, the Magpies should be wary of facing a wounded animal in Southampton side. For a start, the Saints took three points without barely laying a glove on United on the South Coast earlier this season and Newcastle were second best in every aspect. Despite the mauling in Manchester, Ralph Hasenhüttl’s side has won more games, scored more goals and lost fewer games than Newcastle United this season.

Skipper Jamaal Lascelles (hamstring) and Federico Fernandez (muscle) are out, while Paul Dummett (muscle) and Jamal Lewis (hamstring) are doubts and Republic of Ireland international Ciaran Clark are with his partner as she prepares to give birth to their child.

There’s positive news for the Magpies on the frontend of the pitch, Allan Saint-Maximin could be involved from the start after making substitute appearances in each of the last three games. Joe Willock will be in contention to make his Newcastle United debut since coming on loan from Arsenal in the eleventh hour of winter deadline day. Matt Ritchie will come back into the squad after his move to Bournemouth didn’t materialise. Christian Atsu is back in the squad to fill in numbers due to Yedlin’s departure to Galatasaray.

Southampton boss Ralph Hasenhuttl will be gathering together the shattered pieces after his second nine-goal thrashing in two seasons, Southampton’s injury crisis appears to be abating slightly, and Ralph Hasenhuttl could have Oriol Romeu and Yannik Vestergaard available for the trip to Newcastle. Takumi Minamino will also be in line for his Saints debut since arriving on loan from Liverpool.

Karl Darlow will continue to be in the Goal looking for only his 5th clean sheet of the season.

We can see a drastic shift in the backline due to defensive crisis we are in again. Hopefully, Clark will partner Schar on Saturday afternoon. If he fails then again Hayden will be deputised as a makeshift centre-back.

Jamal Lewis has pulled up his hamstring so it will be any one of Matty Ritchie or Jacob Murphy filling in as left-back. Javier Manquillo will continue at right-back turning out in an advanced role in the last couple of games.

Joe Willock, Issac Hayden and Shelvey will form the midfield trio. With Hayden being defensive-minded, it would allow Shelvey and Willock to move up the field. Shelvey can be potent upfront but as crucial in deep-lying position to spread creative passes. Willock offers something different he can dribble, carry the ball forwards can be destructive on counters.

Ryan Fraser will be replaced by fresh for start Saint-Maximin to partner Callum Wilson, while Almiron will continue as a ten role. Wilson already has 10 goals and 5 assists this season, arguably the best premier league bargain of the summer transfer window for just £20-million he’s single handedly keeping us out of the relegation scrap.

It’s a must-win tie for the Toon as the games coming up are against Chelsea, Manchester United which can only extend the rot we are currently in. Then with 13 games left for the season six of which are against the top 6, will only invite stark terror to seize into players to destroy any self-confidence they have. Hopefully, Statesman Jones could come up with something special this time around.