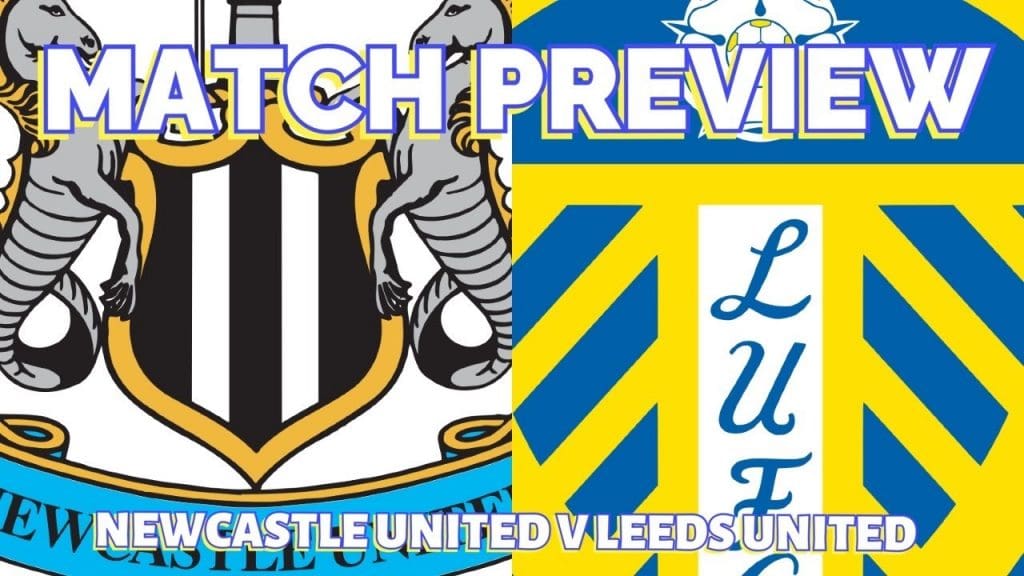 Newcastle United will be hoping to stop the rot when they host Leeds United on Tuesday evening.

The Magpies have not tasted a win since December 12th and are in awful form without a win in a run of 10 games in all competitions, with eight defeats and only four goals in that period to make matters worse. They only have one goal in thirteen hours of football and No goals from open play in that period.

Some abysmal performances and so lucky to have even a point, thanks to a Liverpool side who were going through a period where they found it impossible to score for a handful of matches.

The holes in the squad and training regime are opening up drastically. Perhaps Danny Rose hit the nail on the head when he said the players only seem to be there three or four days a week and that they are given too much time off. I’m sure the squad is undergoing a regime of fitness training but it doesn’t show on the pitch.

It is evident watching Krafth, Sean Longstaff, and Shelvey trackback in games. They always seem lethargic and dusty. The only player who is tracking back with some pace is Issac Hayden.

Bruce again got his tactics wrong against Villa. He played two forwards upfront in Wilson and Caroll who looked a million miles apart from each other to have some kind of chemistry. With no one on the wings to cross the ball into the box to feed forwards. Despite having four wingers on the bench.

This proves that Steve Bruce has the full backing of Mike Ashley. He doesn’t have the money to pay off Bruce £1.5m to sack him But he has the money to support him out. It is widely reported that Newcastle United have reached an agreement with Bournemouth to bring their assistant coach Graeme Jones to Tyneside.

Former Belgium assistant coach is expected to arrive within 24 hours according to Steve Bruce.

“He’s been permitted to speak to us. Talks are ongoing. It’s something we’ve been looking at for a while now with the problems of COVID. Let’s hope we can get it resolved and he can come and give us a hand.”

It seems that we’ll be again short at the back. We’ll be without Ciaran Clark, Fede Fernandez, and Paul Dummett due to injuries. A late decision to be made on Manquillo who is 50/50 for the match after he sustained a minor injury against Aston Villa.

Steve Bruce also admitted that even he won’t be so daft enough to start Allan Saint-Maximin on Tuesday night after so long out and so little training. Here’s what Bruce said on the injury front in the Press Conference.

“I don’t think Ciaran Clark, Federico Fernández and Paul Dummett will be quite right.

“We’ll see how Manquillo is. He is one of the victims of having an injury and Covid issues so we’ll assess him today. He’s 50/50 for the game.”

“I would think it’s a bit too soon for Allan Saint-Maximin to start. We’ll see how he is today, he’s played 25 minutes and had a week of training in eight weeks so we have to box clever.”

Leeds are boosted by the return of Illan Meslier and Kalvin Phillip after illness and suspension respectively.

However, the Whites remain without Robin Koch and Gaetano Berardi, while Diego Llorente is not yet match-fit.

Karl Darlow should keep his position between the sticks. With Manquillo a doubt it will be Krafth filling at the right-back position while Lewis should start as a full back on the left side of the pitch. With Clark, Fede, and Dummett out it will again be a centre-back pairing of Schar and Lascelles.

Matty Longstaff & Issac Hayden could pair in sitting two as Fraser and Almiron will have the responsibility to deliver some good balls into the box for Wilson and Joelinton to attack. Saint-Maximin and Caroll coming on as impact subs.