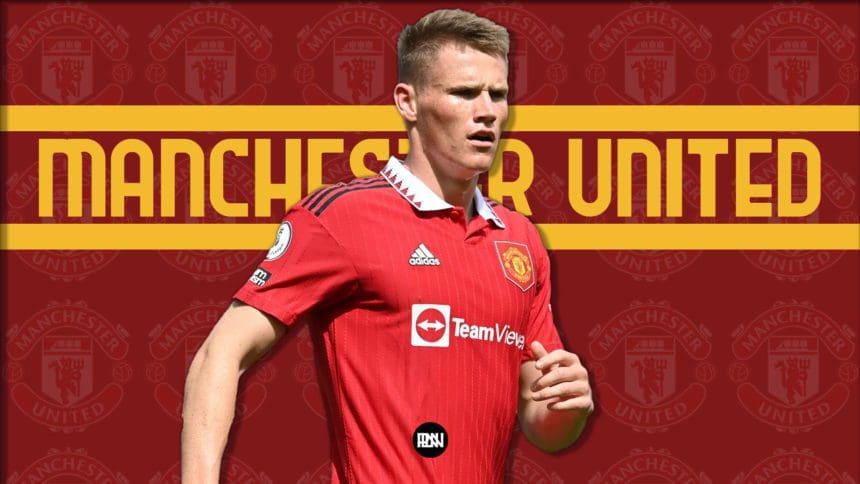 According to latest reports, Newcastle United are interested in acquiring the services of Manchester United’s Scott McTominay as the Magpies look to bolster their squad in a bid to sustain a title challenge moving into the latter part of the league campaign. Having struggled to cement his place in the starting line-up since the arrival of Casemiro and Christian Eriksen, the Scotland international continues to find himself as a rotational option under Erik Ten Hag.

Amongst several clubs having previously registered an interest in the player last summer, according to The Daily Mail journalist Craig Hope, McTominay retains admirers within Newcastle, however, United remain reluctant to sanction his departure in January. Although having been a starter under Ten Hag during the beginning of the campaign, the midfielder has registered nine substitute appearances and two starts since losing his place to Casemiro in October. Moreover, having only recovered from injury, McTominay remains in need of achieving full match fitness, with Man United heading into a demanding period of fixtures over the coming weeks.

Whilst the Scotsman may consider offers in the summer, Ten Hag is unlikely to sanction the sale of a midfielder having proven to be a reliable squad player under his tutelage. Currently contracted with United until 2025 with the option to extend for a further year, McTominay is not expected to move club anytime soon. Additionally, with Newcastle emerging as direct rivals for a top-four spot, the Red Devils will be unmotivated to sanction his sale to Tyneside club this transfer window.

Whilst Manchester United remain in need of funds to strengthen the squad if they are to boost their prospects of securing top-four, reports of a potential sale of the club accompanied by the unlikelihood of the club looking to replace players are set to play a major role in Ten Hag’s decision-making vis-à-vis his squad this transfer window. Moreover, with McTominay expected to be granted game-time despite struggling to cement his place in the starting line-up, the midfielder is expected to remain at Old Trafford until the end of the campaign.

Nevertheless, with Newcastle expected to comfortably secure the top-four amidst the possibility of mounting a title challenge sooner than the Red Devils over the coming seasons, the Magpies emerge as an alluring project moving further into the campaign. Additionally, with the prospect of cementing his place in the starting line-up under Eddie Howe at Newcastle, the Red Devils could certainly consider cashing in on the midfielder if they are to find a suitable replacement this January.

Most anticipated Premier League matches for 2023
Next Article