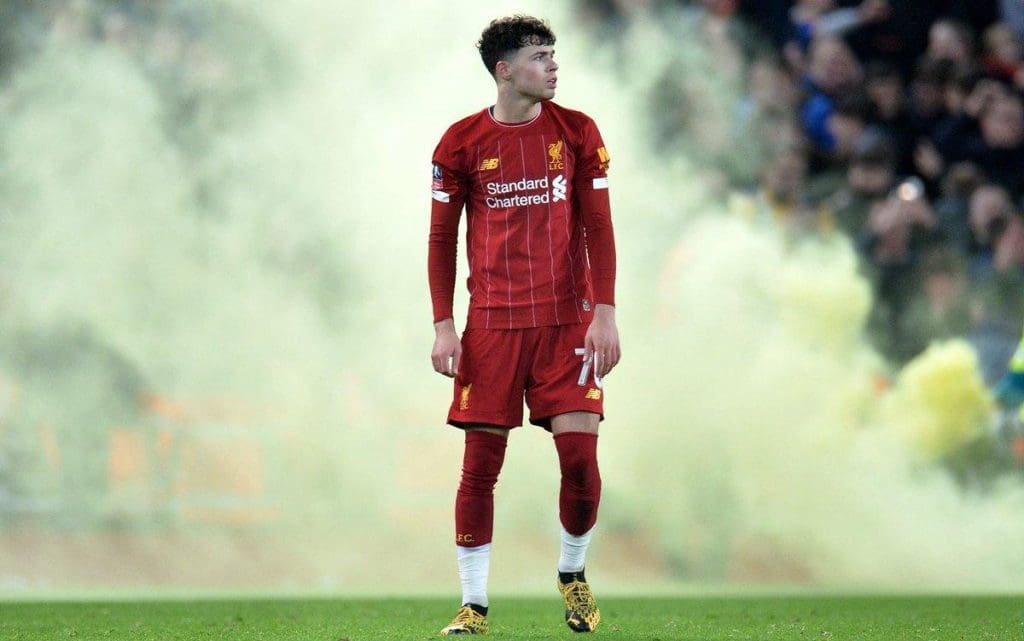 Liverpool are set to hand youngster Neco Williams a new improved long-term contract at the club.

The young defender enjoyed a breakthrough season into the first team during the 2019/20 campaign. He managed 11 appearances all season for Jurgen Klopp’s side across all competitions.

Per report from Goal, the new Premier League champions are ready to hand offer the 19-year-old a new five-yea deal at Anfield for his progress.

The publication also adds that the new contract will see his wages increased, and will run until the summer of 2025.

Curtis Jones and Harvey Elliot have also been tied to new terms, with the latter signing his first professional contract, and now Williams look set to follow in that suite.

The Wales youngster was given a maiden call up into the senior team last October, after a string of good performances with the club’s academy side.

He made his debut in the Carabao Cup game against Arsenal in a 10-goal thriller match, which saw him provide a last-ditched assist for Divock Origi to take the game to beyond 90 minutes.

Williams was also on board with the squad that travelled to Qatar for the Club World Cup championship in December, with the Reds beating Brazilian side Flamengo to the trophy.

The teenager made six appearances in the Premier League, which saw them win their first league title in 30 years, and also managed four outings in the FA Cup during the recent season.

Liverpool are also on course to secure the signing of Olympiacos left-back Kostas Tsimikas, who look set to become the Reds’ first summer signing having seen their bid for Norwich City’s Jamal Lewis turned down.

The 24-year-old is expected to undergo his medical early next week and put pen to paper on his deal with the club. He is likely to serve as a back up to first-choice Andrew Robertson.