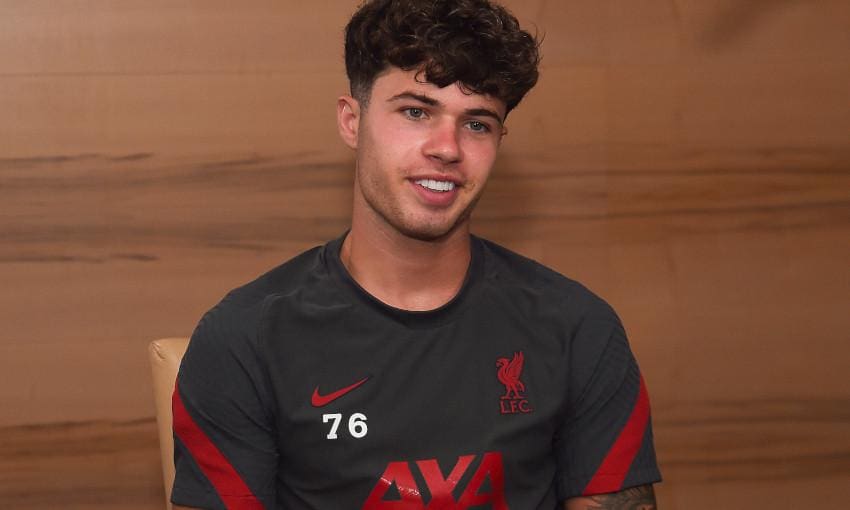 Liverpool youngster Neco Williams has committed his long term future to the club by signing a new five-year contract with them.

The full-back was brought into the frame by Jurgen Klopp last season and looks set to be part of the first-team squad for many years to come after his breakthrough.

And the 19-year-old has expressed his delight in being rewarded with a long -term deal, describing it as an ‘amazing feeling’.

Williams told the club’s website: “It feels amazing. At the minute for me, I think there is no better place to learn and to become a better player than being here and working with the lads. I think we’ve got some of the best players in the world and we’re one of the best teams in the world.”

“The future only starts now for me and I’m looking forward to it.” ✊

After signing his new deal, @necowilliams01 sat down for a wide-ranging interview.

“There is so much positivity about this kid that I am really happy we have him here. That’s very important for me because he is our boy and it is the perfect place for him in the moment because we don’t rush his career. He has a lot of things that we really like, so I am really, really happy that he signed this contract.”

The teenager’s debut came in the 5-5 draw against Arsenal in the Carabao Cup last October, before jetting off with the first team for the Club World Cup in Qatar two months later, where they defeated Flamengo in the final.

The 19-year-old commits his future to the champions ✊

He also made six appearances as Liverpool won their first Premier League title in the 2019/20 campaign, while adding a further four appearances in the FA Cup.

And the Wales youth international has added he looks forward to learning from Trent Alexander-Arnold and Andrew Robertson in order to improve his game.

“For me personally, especially learning off Trent and Robbo every day, getting their advice, seeing what they say, it’s only going to make me a better player and I feel it,” he added. “I take it day by day and I am maturing in my game, I am developing as a player and, like I said, I don’t think there is a better place for me to work and keep going at it than here.

“Last season was my breakout season, but I think the more games I play now, the more I train, I feel I am becoming a better player. I am learning massively – there is no better place to be at the moment.”