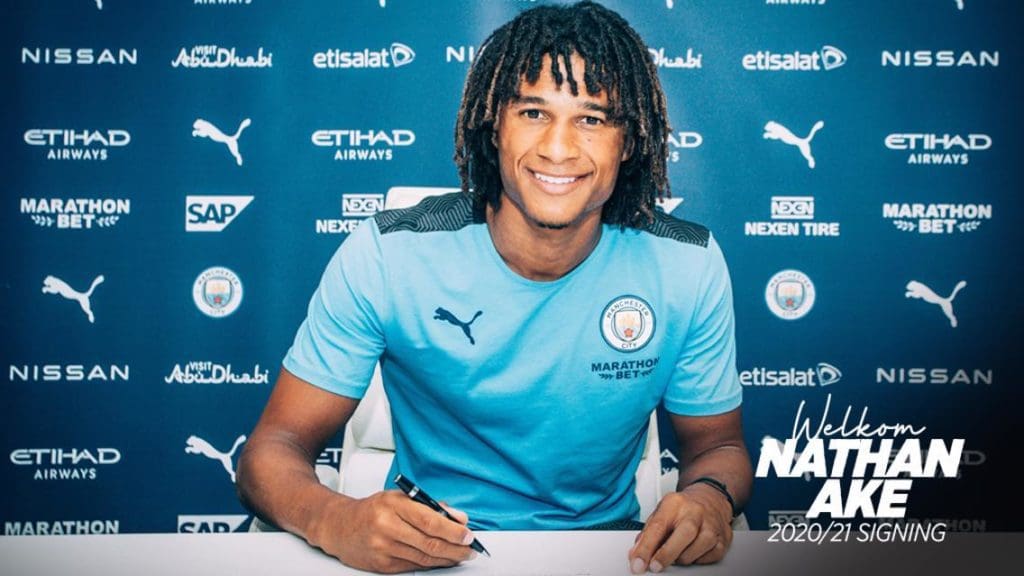 Nathan Aké penned a five-year deal at the Etihad Stadium last summer with the Manchester outfit said to have paid around £40 million for the transfer.

But things haven’t gone as planned for the Dutch centre-back, having been restricted to just nine appearances as hamstring injury and Stones-Dias domination meant he’d have to sit out frustratingly. Aké was sitting on the injury table since December, only to return in April – having started two of the four games he has been available since. Yet he is the fourth choice centre-back at City as the signing of Ruben Dias pushed him back behind John Stones and Aymeric Laporte.

This is why reports in the Netherlands claim that Nathan Aké will ‘consider his options’ in the upcoming summer after only one season with the League leaders.

Through his 2016/17 season with Chelsea, Aké showed that he has the elite mentality to do it at the big clubs. Under Guardiola’s mentorship, Aké was expected to develop into one of Europe’s top defenders. His combination of pace, technical ability, and defending was termed extremely useful for Manchester City.

Aké has been an impressive lad since his stepping stone at Bournemouth. The 26-year-old had been one of the standout performers at the Vitality Stadium since his arrival. He not only took the leadership role at the Cherries but also was an influential figure in the defence. With his displays improving year after year, the Dutchman was expected to be one of the best in the League.

Yet he is now aid in City’s defence. Though if City wants to continually dominate domestically and in Europe – and possibly in the club World Cup – they need strong depth and Nathan Aké is just the man the Blues from Manchester need to deputise. Although from the player’s point of view, a move away makes sense. It’s a crucial time in his career and he needs to play, develop himself and explore his potential. At Etihad, he’d neither get that momentum nor the game time to do so.

Leeds linked with Ryan Kent again; Winger insists he is happy at Ibrox
Erik Ten Hag to Tottenham – nothing more than agent games?﻿﻿
To Top